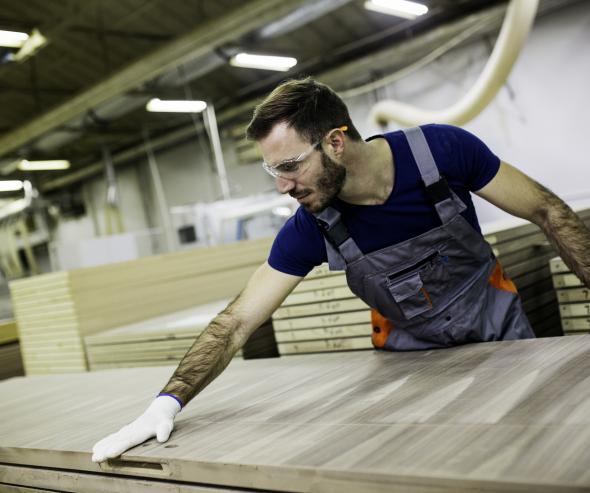 The Conseil de la concurrence has handed down a decision penalizing nine companies in the sector of wooden door manufacturing for engaging in price agreements. The fines amount to 5 million euros pursuant to national and European Competition Law.

In the first application of its new leniency program - details are available on the website www.conseil-concurrence.fr - the Conseil has exempted from financial penalties the France Portes company, which sought to take advantage of the procedure.

Given its role in the cartel, France Portes incurred a 1.25 million euro fine. It benefited from total immunity in compensation for the fact that the company:

The existence of a leniency procedure introduces permanent insecurity among cartels

“Leniency” is a new procedure open to companies , which may, in compensation for the denunciation of a cartel -which is unknown to the Competition authorities- in which they participated, be granted immunity at the end of the contentious procedure.

This new instrument adds up to the Conseil de la concurrence’s legal arsenal (injunctions, penalties, negotiated settlement procedure, commitments) and represents a powerful lever for the Conseil de la concurrence. The procedure enables to improve noticeably cartel detection, in particular horizontal cartels, which are the most serious practices, by introducing strong instability factor among cartels: members can at all time decide to withdraw from the cartel in order to benefit from immunity.

Since its implementation, the French leniency program has met a certain success: the Conseil has recorded 17 requests which are under consideration. 80% of the requests have been filed since 1 May 2004, when the European Network for Competition (ECN) authorities was set up.

In the present case, France Portes asked for the application of a leniency measure, by denouncing a cartel existing in the sector of wooden doors in France, in May 2002. In support of its denunciation, the company showed numerous pieces of evidence and produced a memorandum describing the major aspects concerning the history and the operating of the cartel. Afterwards the company denounced another cartel involved in lacquered doors.

The elements brought by France Portes, along with those seized during the investigation, enabled to establish the existence of two national cartels aimed at stabilizing prices by drafting common minimum price grids in a context of difficult market conditions for all the companies of the sector.

The first cartel called “C5” or “the famous five”, active until the end of 2001, concerned the market for wooden flush doors. The cartel consisted of the following companies: France Portes, Ekem, Magri, Fonmarty, JH Industries, Righini, Malerba and Blocfer. These competing companies were in the habit of getting together after the meetings organized by the National Union of industrial carpentry manufacturers (SNFMI) in Bordeaux.

The second cartel, active until 2000, concerned the market for lacquered doors. It consisted of the main producers of lacquered doors, namely Frances Portes, Berkvens-Svedex and Polydex. The meetings took place about once a year in Paris.

Serious practices and the fines pronounced

Cartels are considered by competition authorities as the most serious forms of practices, the OECD refers to them as hard-core cartels.

In this particular case, the fixing of common minimum sale prices was aimed at restricting competition by prices between companies which should have been competing. Price fixing also had the effect of sharing the French market by preventing foreign operators to have access to the markets concerned. However the Conseil took into account - in determining the amount of the fines- of the fact that the minimum prices had not always been applied by the members of the two cartels, thus limiting the damage caused by cartels to the economy.

The Conseil de la concurrence decided to impose on the following companies:

> Decision 06-D-09 of 11 April 2006, relative to practices implemented in the sector of door manufacturing