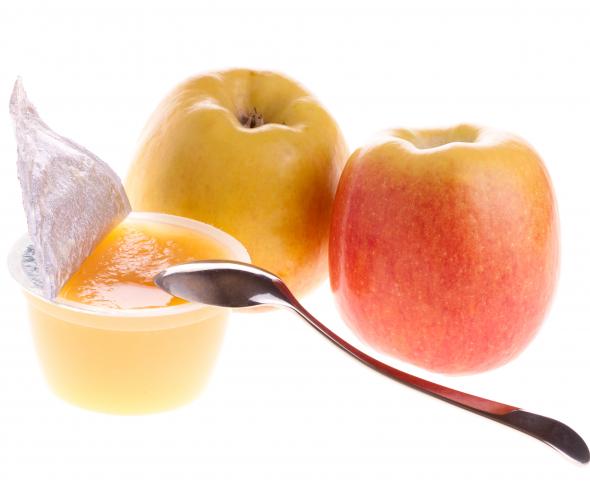 The Autorité publishes today a decision by which it fines a national cartel between the main fruit-compote manufacturers, which lasted from October 2010 to January 2014. More specifically, the agreement concerned:

The companies fined are: Materne, Andros, Conserves France, Délis/Vergers de Châteaubourg, Charles Faraud/Charles & Alice, as well as Valade. Coroos, which also participated in the infringement, reported the agreement as part of the leniency procedure. This approach led the Autorité to conduct an in-depth investigation. The Coroos company was able, in exchange for its cooperation during the investigation, to benefit from a full exemption from fines.

The fined companies represented, throughout the infringement period, almost the entire market for compotes sold under retailers’ own-brand label (90%) and out-of-home catering (100%).

The main outlet for compote producers is the supermarket distribution channel. Some of the products are sold under so-called "premium" or national brands (for example the Materne, Pom’Potes, Andros, St-Mamet, Charles & Alice brands). Another part of the products is sold under retailers’ own brand label, i.e. the brands developed by the food retailer brands, whose products are manufactured by the companies of the sector. In practice, mass retail brands usually organise tenders to select suppliers who will manufacture their compote-based products and on which they will then affix their own brands.

The second distribution channel for the production of compotes is that of sales to distributors specializing in “out-of-home catering”, such as Sodexo, Compass, Pomona, Pro A Pro or Transgourmet. These distributors also generally obtain supplies from manufacturers through tenders and then supply actors of the catering service (company canteens, etc.), hotels/restaurants, hospitals and other accommodation facility (schools, retirement homes, etc.).

At the origin of the case: a request for leniency presented by Coroos in 2014 and dawn raids carried out in September 2015

The cartel was brought to the Autorité de la concurrence in early 2014 by the companies from the Dutch group Coroos, which applied for leniency. This procedure enables companies which took part in a cartel to reveal its existence to the Autorité and to benefit, under specific conditions, from a total or partial exemption of fine, depending on the order in which they refered the case to the Autorité.  (to learn more about the leniency procedure, click here (in French)). On this basis, the companies from the group benefited from a total fine exemption, in regards to their cooperation throughout the investigation.

The dawn raids carried out in September 2015 by the Investigation services of the Autorité de la concurrence in France and in the Netherlands with the cooperation of the Dutch competition authority (ACM) (see the press release) led to finding extensive evidence, which completed the evidence broight by the leniency applicant.

Market players justified the implementation of the cartel by an adverse economic situation, due to the increase of the cost of raw material and packaging, and by the increasing pressure exerted by buyers (mass retail and food service distributors), in the framework of call for tenders or as part of OTC trades. The behaviour of Coroos, a Dutch manufacturer which initially aimed for an agressive pricing policy, would also have been perceived by the historical market players as a threat to their respective positions.

Investigation established that the companies at stake multipled multi- and bilateral contacts during meetings, encounters, mail exchanges and calls.

The operation of the cartel was secret and quite sophisticated: some actors used dedicated cellphones, used specifically for the cartel, or exchanged via dedicated email boxes. Most of the meetings were held not in professional premises but rather in hotels and restaurants in Paris and in mainland France, such as Concorde Opéra, the Novotel from the Gare de Lyon, Parisian restaurant Visconti, the Starbucks at St Lazare, the Novotel of Lyon Gerland or the one in Lille.

By way of illustration, among the evidence in the case, a presentation document can be found.  Seized at Materne, it acted as a discussion point during a plenary meeting from the cartel on 5 October 2010. This PowerPoint, named « P&L » (« Profit & Loss »), presents the goals of the participants from 2010 and 2011 in terms of price and profitability. It draws up the list of call for tenders – ongoing or future-, with the projections for the market share distribution. It points out the markets with « negative or low profitability» which require, according to the cartel participants, a price increase.

It is stated that it should « cover all the cost price increases of the products and to enhance the profitability of all the market ».

The implementation of commun goals involved the distribution of call for tenders organized by the mass retail as well as the ones from food service distributors (“out-of-home catering”). Participants to the cartel also planned compensations to correct the potential volume gains or losses affecting one manufacturer or another, if they were not going the way it was previously planned.

For example, during the meeting of 3 September 2013, compensations and distribution of tonnage and markets were discussed, Andros had for instance to « give volume back » to others (as far as it had earned more than planned in 2010).) and St-Mamet « looking for 1500 tonnes ».

Horizontal agreements (i.e.; between direct competitors on a same market), consist in secretly agreeing on prices and volums, represent, by their very nature, the most serious infringements of competition law.

In this case, the cartel, which involved the main manufacturers  of compotes sold to food retailers under retailers’ own-brand labels and to food service distributors (“out-of-home catering”), was of national scale and involved consumer goods (fruit mash in cups and pouches). The cartel covered a very important part of the market (90 % on average for retailers’ own-brand labels and 100 % for food service distributors), which deprived the call for tenders organizers of the possibility to introduce competition and get the best prices. Competitors aimed at removing incertainty – on the competitors’ behaviours, price evolution- which caracterize a fully competitive market.

The Autorité, after examining all the facts of the case, evaulated that fines for a total amount of 58 283 000 euros should be imposed to the companies at stake. Coroos, considering its cooperation in the leniency procedure, was exempted from any financial penalty.

The Autorité found aggravating circumstances against Materne, taking into consideration the fact that the the company played a very active role in organizing the cartel. Thus, for instance, Materne :

In order to guarantee that the sanctions were set a dissuasive level, the Autorité also increased the fine against Délis and Vergers de Châteaubourg (owned by Lactalis), Andros (owned by Andros et Cie) and Conserves France (owned by Conserve Italia Societa Cooperativa Agricola), taking into consideration that the four companies were owned by groups with a strong economic power and important ressources.

Finally, under mitigating circumstances, it reduced the fine imposed to Andros, noting that the company, « perturbed » the functioning of the cartel by acting as a « maverick » (meaning that it still caried an aggressive commercial policy to win market share).

The leniency procedure enables companies which are participating or participated in a cartel to reveal its existence to the Autorité et to benefit, under certain circumstances, from a partial or total exemption of the fine, depending on the order in which they refered the case to the Autorité, on the added value of the evidence brought forward and their cooperation during the investigation.

Most of the cartels were dismantled by the Autorité through the leniency procedure.