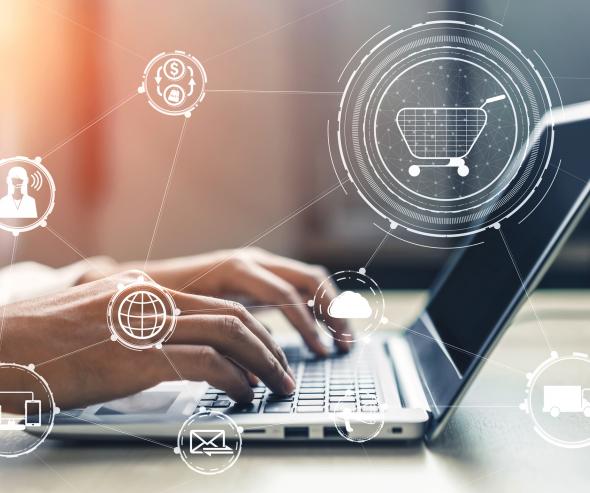 The Autorité de la concurrence is submitting these commitments for public consultation, and is inviting actors from the sector to provide their feedback.

The case was opened following a complaint from Criteo, which criticised the lack of clarity and objectivity in accessing Facebook's advertising services.

Criteo, a French online advertising actor, lodged a complaint with the Autorité de la concurrence in October 2019 regarding practices implemented by Facebook in the online advertising sector. In a press release issued at the time, Criteo explained the objective of its complaint: "The objective of the complaint is to recreate conditions of a level playing field for the industry by restoring Criteo and other companies’ ability to access the Facebook platform on fair terms, and establishing clear and transparent guidelines to prevent Facebook from unfairly favoring its own services on its platform at the expense of its competitors".

Facebook provides advertising services to advertisers, by directly marketing advertising inventories on its social networks Facebook and Instagram, and its messaging service Messenger, via its own advertising tools.

It also sells inventories to third-party publishers who use its advertising intermediation service for publishers (Facebook Audience Network).

Facebook also enables an ecosystem of more than 100 advertising technology providers to offer advertisers complementary services that help optimise ad campaigns, in particular through the Facebook Marketing Partners (FMP) programme. To become an FMP, companies are subject to a selection procedure and are obliged to comply with a number of commitments in terms of volumes and categories of advertising investment. In return, the programme allows companies to benefit from a range of customised services, such as access to dedicated support and training, and enhanced brand image towards advertisers. .

The practices reported by Criteo

The ULB API makes it possible to individualise the bidding amount and product recommendations, while the OLR API provides access to Facebook user data to identify conversions[2] made by web users who use multiple devices, and to attribute cross-device sales to a specific user based on their Facebook login details.

They are also characterised by "denigration" actions and difference of treatment.

As regards the FMP program, the investigation revealed various difficulties in the relationship between Facebook and the FMPs, which relate to both the definition and the application of investment commitments, and which pertain to a lack of transparency, stability, objectivity, and to different treatment depending on the operator.

Furthermore, the conditions for removal the APIs that Facebook has put in place, in particular the ULB API, raise difficulties related in particular to limiting the ability of FMPs to provide value-added services through their own advertising technologies. In particular, the removal of the ULB API reduces Criteo’s ability to optimise its campaigns in order to drive users’ conversions, by using its own product recommendation tools in individual biddings.

In response to these competition-related concerns, Facebook proposed several commitments, including:

The proposed commitments only apply to suppliers of advertising technology involved in advertising campaigns which target users of the Facebook and Instagram services identified by Facebook as being located in France.

Following these proposed commitments, the Autorité has decided to submit them to a market test, to determine whether they adequately address the competition concerns that have been identified on the basis of Article L.464-2 of the French commercial code. These commitments are also available on the Autorité’s website, which invites any interested third parties (advertisers, online advertising operators) to submit their comments no later than 5.00 p.m. on 5 July 2021, by e-mail at the following address: engagementsFB@autoritedelaconcurrence.fr or by mail to the following address:

At the end of the procedure, and depending on the results of the market test, if the proposed commitments, possibly supplemented and amended, are such as to meet the competition concerns expressed, the Autorité may close the case and make these commitments bindings.

API stands for Applications Programming Interface, which allows two programmes or software to interact with each other by connecting in order to exchange data. 1An API is usually open and offered by the owner of the programme. It allows software to use the services and features of other software.

[2]A conversion can be defined as the fact that a visitor or the addressee of a campaign performs the desired action. This action may be a purchase, filling out a form, downloading a document or a visit behaviour model. Conversion can also take the form of an action performed outside the Internet, such as a phone call or a visit to a store. Which action is considered a conversion depends on the context of the campaign, the nature of the activity and the objectives assigned to a target or campaign.

See the proposed commitments (in French)