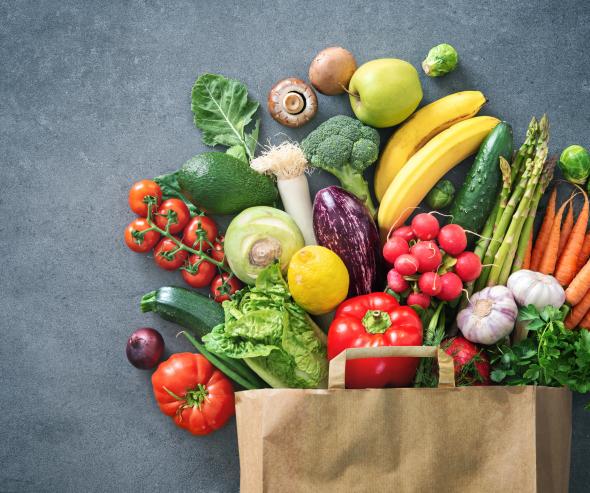 For the first time, the Autorité has recognized the existence of a market for organic products

The Autorité clears the takeover of 100 Bio c'Bon stores by Carrefour, subject to the divestiture of eight stores

On 21 September 2020, the Carrefour Group notified the Autorité de la concurrence of a plan to acquire 100 shops operated under the tradename Bio c' Bon. The transaction follows the opening of judicial liquidation proceedings before the Commercial Court of Paris on behalf of the Bio c' Bon Group. On 13 October 2020, the Autorité exceptionally granted a derogation (see box), allowing the Carrefour Group to proceed with the acquisition, without waiting for the final approval decision, which has just been issued by the Autorité.

The Carrefour Group primarily distributes conventional (meaning that they are not organic) food products, but also organic products, notably through its hypermarkets, supermarkets and convenience stores. It also operates a network of stores specialising in the retail distribution of organic products under the tradenames So'Bio and Carrefour Bio.

The Bio c' Bon group specialises in the retail distribution of organic products through a network of 120 stores under the tradename Bio c' Bon located throughout France.

Supply and distribution of organic products

For the first time, the Autorité has recognized the existence of markets for organic food products, by identifying a market for the supply and one for the distribution of primarily organic food products. After a thorough investigation, fuelled by a consumer survey in particular, it then decided on the competitive structure of these markets.

As regards the downstream distribution markets, the results of the consumer survey carried out as part of the investigation of the transaction, together with the various clues gathered in the course of the examination (the price and quality differences between organic and non-organic food products among others), revealed the existence of a specific market for the retail distribution of predominantly organic food products.

The information gathered by the Autorité in the course of its investigation has made it possible to show that distribution through the GSS channel presents specific features compared with the GSA distribution channel, in particular in terms of prices, product ranges and characteristics, and the depth of the range. Consumers of organic products in GSS stores, questioned via a survey, indicated that they would not shift their organic purchases to GSA in the event of a price increase in specialised stores.

The Autorité therefore concluded that there was a separate market for the retail distribution of predominantly organic food products restricted to GSS, a market in which the parties' activities overlap given the presence of Carrefour through its Carrefour Bio and So'Bio brands.

Given the modest market shares of the parties in the supply market, the Autorité considered that the transaction was unlikely to significantly increase the new entity's purchasing power with respect to organic product suppliers.  Further, after consulting with the parties' suppliers (as part of a market test), the Autorité found that the transaction does not place these suppliers in a situation of economic dependency on the new entity.

In these areas, the transaction was likely to reduce competitive pressure given the position of the new entity at the end of the transaction, and could lead to price rises or a reduction in the diversity of the offering, to the detriment of consumers.

To address these competition-related concerns, Carrefour has undertaken to divest of eight Bio c' Bon or Carrefour stores in these areas, to one or more competitors. These commitments will reduce the market shares of the new entity to a reasonable level and allow competing brands to strengthen their presence or establish themselves in the areas concerned and thus compete more effectively with the new entity.

The stores affected by the divestiture are the following:

Divestiture of stores during a transaction: goals and methods

The aim is to allow a competitor to take over the stores and its activities in order to safeguard competition in the area in question, thereby ensuring that consumers have a diversified offering in terms of prices and products. The divestiture process is closely monitored by the Autorité in the months following the authorisation decision. The party to the transaction must present to the Autorité buyers able to provide effective competition. It is after the examination of these buyers that an approval can be issued by the Autorité, which will authorise the effective sale of the store in question

These divestitures do not entail the closing of stores but a takeover with a brand change.

The full text of the decision will be soon be published on the Autorité de la concurrence website.