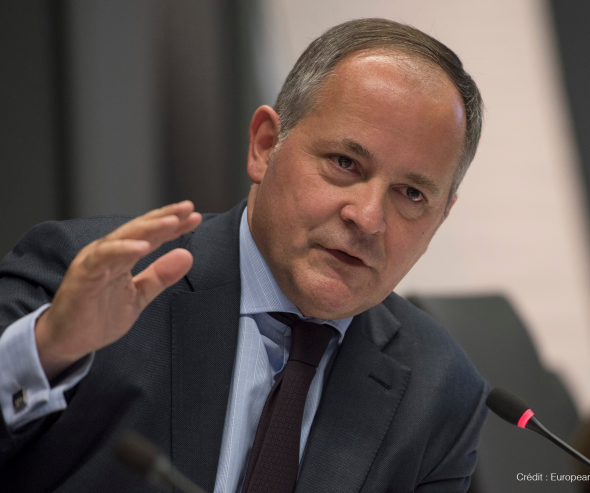 First statement by Benoît Cœuré: " I am convinced that competition policy is a powerful lever at the service of the purchasing power and competitiveness of our companies and I wanted to tell you how honoured and enthusiastic I am to lead this great institution which will have to meet many challenges in the coming years and fully play its role in the service of the French economy.”

A graduate of the Ecole polytechnique and the National School of Statistics and Economic Administration (Ensae), Benoît Cœuré also holds a Master of Advanced Studies (DEA) in economic analysis and policy and a degree in Japanese.

After working at the National Institute of Statistics and Economic Studies (Insee), Benoît Cœuré joined the Department of the administration of the Treasury as economic advisor to the Director of the Treasury. Benoît Cœuré managed the State's cash and debt, then defended France's position in international trade and financial negotiations, particularly during the global financial crisis of 2008/2009. Deputy Director General of the Treasury between 2009 and 2011, he lead the foreign trade support policy and general reflection on France's economic policy as Chief Economist of the Directorate General of the Treasury.

A member of the Executive Board and of the Governing Council of the European Central Bank from 2012 to 2018, he was responsible for market transactions, the supervision of market infrastructures and European and international relations.

Chairing the Committee on Payments and Market Infrastructures of the Bank for International Settlements for six years, he focused on the digitisation of payment systems, the rise of crypto assets and the emergence of tech giants in financial services, notably through its October 2019 report to G7 finance ministers and central bank governors on “stable coins”.

In 2019, Benoît Cœuré took over as head of the innovation division of the Bank for International Settlements, which assists central banks in their digital experiments, notably in the field of payments, digital money and banking supervision.

In March 2020, the Prime Minister asked him to chair the committee responsible for evaluating emergency aid to businesses in the face of the Covid-19 pandemic and then the recovery plan.

Benoît Cœuré is also President of Cepremap, a member of the board of the Paris School of Economics and a member of the high-level advisory group on post-Covid challenges to the European Commissioner for Economic Affairs Paolo Gentiloni.

He is the author of articles and books on economic policy, the international monetary system and the economics of European integration.

before the economic affairs’ committee of the Senate
See the video