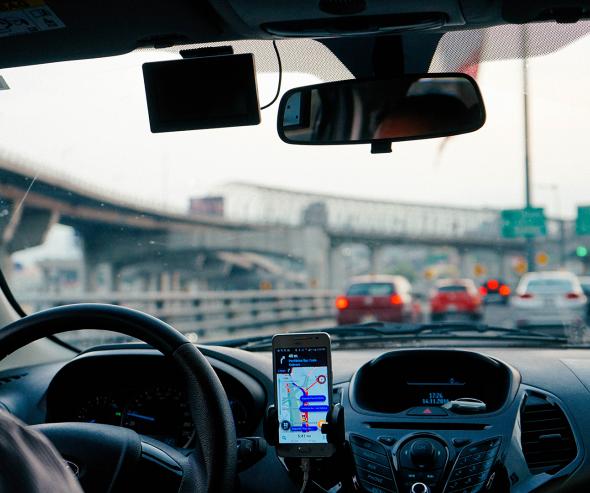 The Autorité de la concurrence has issued an unfavourable opinion on the draft decree1 on private passenger cars with driver (voitures de tourisme avec chauffeur - VTC). It considers that the text would lead to undue distortions of competition.

Following a referral by the government on a draft decree aimed at amending the rules applicable to the activity of VTC or private passenger cars with driver, by imposing on them an obligatory time lapse of 15 minutes between the booking and passenger pick-up, the Autorité de la concurrence has today published its unfavourable opinion on this text. It highlights the distortions of competition that may occur, which are neither necessary nor proportionate to the requirements of general interest that are sought.

The context: the increased supply of private passenger cars with driver, particularly in the Paris Ile-de-France area

In Paris, more than 17,000 taxi licences have been issued by the prefecture of police. Taxis have a de jure monopoly on the ‘hail’ market (namely picking up clients from the roadside). By contrast, on the prior-booking market, they are in competition with private passenger cars with driver, as well as motorbike taxis and also ambulances in the sector of the transport of patients.

In a context where demand exceeds supply at certain times, particularly in the Parisian region, an additional supply of passenger transport has recently developed in the form of private passenger cars with driver2 . This was allowed thanks to a relaxation of the rules in 2009 alongside with the development of the use of smartphones. This new supply is likely to rebalance the supply and demand of passenger transport and allow it to diversify. In fact, chauffeur-driven passenger car companies differentiate on price and quality, through their offer of specific services. In June 2013, 5,284 chauffeur-driven passenger car businesses were registered (of which almost 50% are in Ile-de-France). They used more than 9,800 vehicles and employed almost 11,000 drivers.

On the ‘hail’ market, taxis and private passenger cars with driver are not in competition

In order to protect the monopoly of taxis on the ‘hail’ market, various measures have been announced, including, in July 2013, the obligation for private passenger cars with drivers’ operators to provide evidence of prior booking.

Any illegal behaviour by private passenger cars with driver which persists, in particular “touting” (an illegal practice consisting of picking up passengers who do not have bookings), is not a result of competition, but of fraud. This is primarily a police problem: it is therefore up to the State to seek out and punish such behaviour against which the chauffeur-driven passenger car companies themselves have undertaken to fight.

The way in which the derogations have been conceived (benefitting luxury hotels and trade fairs) would likewise create discriminations unconnected to the purpose of the envisaged regulations.

This distortion of competition is not necessary to protect the monopoly of taxis on the ‘hail’ market. It is, furthermore, potentially contrary to the aim of facilitating traffic flow (as vehicles available nearby would then be obliged to drive around empty until the 15 minutes had elapsed).

The Autorité has consequently issued an unfavourable opinion on the draft decree. It proposes:

- either to reject the amendment, or to look again at the solution currently under consideration but give the time-lapse obligation a much wider range of exceptions, covering booking requests from clients already signed up to a chauffeur-driven passenger transport company, but also requests from hotels or event organisers, whatever their administrative nomenclature or classification, as long as they have valet-parking services or private parking facilities: such a drafting would considerably limit the distortion of competition caused by the current draft text;

- allowing taxis to offer more freedom with regard to pricing on the prior-booking market, so that they can compete with innovative (often lump-sum) offers made by Private passenger cars with driver;

- introducing a statistical monitoring and investigation tool concerning the activity of taxis – often announced but never yet operational – aimed at measuring the supply and demand of taxis, particularly in Paris, in order to more efficiently document the impact studies that provide evidence needed for any change made to this profession’s regulations, as already recommended by the Autorité in 2005 and 2009.

1 The Autorité de la concurrence’s opinion was issued to the government and the Conseil d’Etat on the evening of 16 December. As the gist of this opinion had filtered out into various media, the Autorité decided, with a view to transparency, to publish the full text of its opinion.
2 Numerous companies, including UBER, Chauffeur-privé, LeCab.
3 In Paris, privat cars with drivers can meet a booking request within an average of 7 to 8 minutes