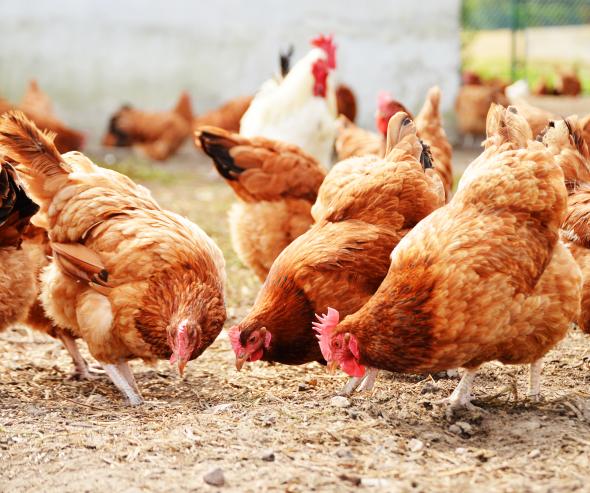 The Autorité de la concurrence clears the acquisition by the company LDC Volaille (LDC group) of the slaughterhouses held by the companies Volailles Rémi Ramon and Sofral.

This clearance decision is in line with the decision taken by the Autorité in 2015, which allowed for the creation of an interprofessional organization in the poultry industry1.

At the end of its competitive analysis, the Autorité considered it possible to clear this transaction without conditions, which will contribute to increase the production of French poultry and to make investments to modernize the farms and to perpetuate the activity of the breeders, while preserving the interests of French consumers.

The French poultry industry is characterized by the increasing weight of European imports, which exert a competitive pressure on the breeders and the slaughterhouses of the sector, notably because of their lack of competitiveness (poorly adapted production tools, weak financial capacity of the industrialists and successive national avian crises).

In addition, slaughterhouses specializing in poultry are generally under-productive, which leads them to obtain supplies from increasingly remote breeders, thus widening the collection areas and therefore the purchase price of poultry.

Finally, the French poultry sector is characterized by a contract system, encouraged by the Autorité to notably face the price volatility and the counter-power of mass distribution.

Thus, the slaughterhouses negotiate directly with producer organisations (hereinafter "PO"), representing the breeders members. For their part, the POs undertake to take over the poultry and to guarantee the breeders a remuneration based in particular on a margin whose amount varies according to technical performances (index of consumption of food, weight sold, productivity). Thus, breeders are not in a direct commercial relationship with slaughterhouses and the POs generally include breeders who can be established in different departements, or even different régions, which gives them bargaining power that does not rely on a single local collection area.

All of these characteristics of the poultry industry were taken into account in assessing the competitive effects of the transaction.

Companies concerned by the transaction

LDC Volaille is a company of the LDC group, the largest poultry company in France, active in the markets for poultry feed production, livestock, collection and slaughter, as well as manufacture of fresh meat and processed poultry-based products. The LDC group markets its products under several brands (Maître Coq, Le Gaulois and Fermiers de Loué).

The Autorité gives its consent to the takeover, despite the sometimes very high market shares, since the transaction, which allows the LDC group to become more competitive, does not harm the situation of breeders and consumers.

The parties are mainly active in the markets for poultry slaughter and the marketing of fresh poultry meat and poultry products.

Remi Ramon, Sofral and LDC slaughterhouse activities overlap in the région Pays-de-la-Loire with regard to the collection of chickens, turkeys and guinea fowl.

Despite market shares that are sometimes very high in many of these markets at the local level, the Autorité considered that the characteristics and functioning of poultry markets, in particular at the stage of slaughtering chickens and turkeys, constrain the competitive behavior of the new entity in the concerned areas.

In particular, the Autorité noted that negotiations on the purchase price of poultry for slaughter were not directly affected by the competitive structure of the collection areas concerned by the transaction. Thus, although the operation removes the main alternative for the slaughter of their poultry in the Rémi Ramon and Sofral slaughterhouse collection areas, mainly in the département of Mayenne, this new situation should not lead to a deterioration of commercial conditions offered by the LDC group to breeders. The latter are mainly grouped in interdepartmental POs, of which the Mayenne breeders represent only a minority of their members. It is these POs that are already negotiating a single price for all of their members, regardless of their geographical location.

The transaction therefore does not modify the current state of commercial relations between breeders, POs and slaughterhouses of the LDC group on the markets concerned by the transaction.

This analysis was confirmed by the majority of breeders and POs interviewed as part of the consultation (market test) conducted in the context of the investigation: these suppliers believe that the transaction will not have a significant effect on their activity and the commercial relationship between the POs and the LDC group.

The market shares of the target are relatively low in the markets for the marketing of poultry products, on which the Autorité has noted that the new entity will face competition from several operators at the national level, in particular the Terrena Galliance groups (Douce France, Père Dodu), Maïsadour / FSO / Delpeyrat (St Sever), Duc (Plukon) and Ronsard.
The Autorité has also taken into account the growing importance of imports in the poultry sector, which exerts a strong competitive pressure on the French poultry industry as a whole, and on the LDC group in particular.

At the end of its thorough investigation, the Autorité cleared the transaction without conditions.


1Decision of the Autorité de la concurrence 15-D-08 of 5 May 2015 regarding practices implemented in the sector of poultry meat marketing as well as the press release.