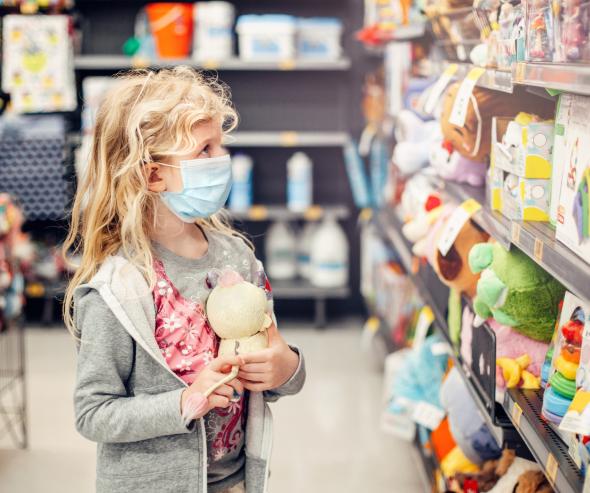 PRG and Fijace both operate, via Distritoys, more than 250 toy superstores under the King Jouet brand, mainly in France.

In its Decision 21-DCC-144 of 12 August 2021 (see press release of 12 August 2021), the Autorité had already analysed the competitive effects of the acquisition of sole control of Maxi Toys stores by Fijace alone. In this decision, it analysed the consequences of the merger between the Maxi Toys and King Jouet distribution networks. It cleared the transaction subject to the divestiture of three stores located in Cosnes-et-Romain (54), Isle d'Abeau (38) and Saint Maximin la Sainte Baume (83).

Almost all Prenatal's activities in the toy retail distribution sector are related to its controlling interest in the King Jouet network. In this context, the Autorité has therefore ensured that the conclusions it reached in August 2021 are still valid. It also studied the effects of the transaction in four new catchment areas, taking into account the opening of four stores under the King Jouet brand name since 12 August 2021. Lastly, the Autorité completed its analysis by including overlaps between the activities of Atida, a company controlled by Prenatal's parent company, and the activities of the King Jouet and Maxi Toys networks. In view of Atida's very marginal activity in France, the Autorité considered that the transaction did not raise competition concerns other than those identified in the July decision.

Since the commitments given by Fijace and New MT in Decision 21-DCC-144 were already enforceable against PRG, the Autorité considered that they did not need to be repeated in this Decision.

Lastly, PRG's acquisition of a stake in Maxi Toys stores has also created vertical and conglomerate effects1 linked to the activity of Artsana, PRG's parent company, in the upstream markets for the manufacture and wholesaling of toys and for childcare articles. However, any competitive risk could be ruled out in view of Artsana's limited market share in these markets.

1Vertical effects are examined when the transaction brings together players present at different levels of the value chain. Conglomerate effects are likely to occur when the new entity expands or strengthens its presence in markets that are different from those in which it is active, but whose connectedness may allow it to increase its market power.