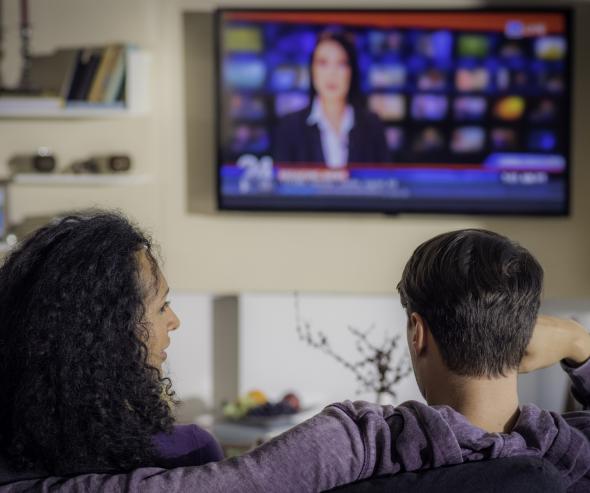 In July 2003, the Conseil de la concurrence received a complaint from the company I>Télé and the Canal Plus Group concerning practices implemented by the companies TF1, TPS and LCI.

In addition to the referral, the plaintiffs filed a request for interim measures on 9th September 2003.

In a decision dated 9th December 2003, the Conseil de la concurrence indicated that there were no grounds to grant interim measures. However, given the various case elements available, the practices in question should be the subject of a full inquiry on the merits.

The facts of the case

With the distribution contract between I>Télé and TPS set to expire, the two parties failed to reach agreement for its renewal. I>Télé took the view that the new payment conditions proposed by TPS were unsatisfactory.

On 13th June 2003, TPS announced that it was to break off its commercial relationship with I>Télé, and that the I>Télé channel would therefore cease to be offered as part of the TPS package. This measure was to take effect at the end of a 6.5-month notice period, due to expire on 30th December 2003. Furthermore, in August 2003, the company TPS launched a new offer called "TPS INITIAL". Made up of basic areas of interest (news, youth, sport, entertainment, music), it corresponds to the first level of programmes offered by TPS (the cheapest package) and does not include the I>Télé channel.

Moreover, the present case is part of a rather broader procedural context, whereby I>Télé had previously filed a complaint with the Tribunal de grande instance de Paris (Paris ordinary court of first instance). The court subsequently issued an injunction, ordering that the cancellation of the broadcasting contract between I>Télé and TPS should be suspended until 30th June 2004. Appeal proceedings are currently under way.

The interim measures requested by the plaintiffs

In the first place, the companies I>Télé and Canal Plus Group consider that "the behaviour of TPS, in concertation with the companies TF1 and LCI, is aimed at evicting I>Télé from the television news market by causing its simple disappearance ; firstly, by depriving it of access to TPS subscribers ; and secondly, by causing a sudden and significant decline in its turnover, making it impossible for I>Télé to continue its activity".

In the second place, the companies I>Télé and Canal Plus Group consider that "the urgency of the request for interim measures appears all the more clear, since TPS has recently launched new subscription offers and in particular a new basic offer", in which I>Télé is not included. In the opinion of the plaintiffs, this move by TPS constitutes "an eviction strategy that has already been implemented".

The Conseil de la concurrence took the view that the practices in question were likely to have an adverse effect on the sectors' interest and consumers. However, the Conseil indicated that on the date of its ruling, this adverse effect was not of an immediate nature, as the cancellation of the contract had already been postponed until 30th June 2004 by the juge des référés (judge responsible for ruling on urgent matters).

Furthermore, the Conseil took the view that there was no serious and immediate damage to the interests of I>Télé, insofar as the loss of revenue suffered by the channel as a result of its eviction from TPS' new commercial offer (TPS INITIAL) only affects new subscribers to the offer. In addition, it only has a marginal effect on the distribution of TPS subscribers, between those that receive the channel I>Télé and those that do not.

The full inquiry on the merits is continued

At this stage of the inquiry, the Conseil de la concurrence considers that there are no grounds for ruling out the possibility that the practices in question affect the French market for 24-hour general news channels broadcast on subscription television. The case will therefore form the object of a full inquiry on the merits, to determine in particular whether the difference between TF1's dealings with LCI and those with I>Télé is liable to be qualified as abuse of a dominant position.

Furthermore, the Conseil considers that there are no grounds for ruling out the possibility that, prior to 2003, there may have been an agreement between the TF1 and Canal Plus groups on the market for the purchase of theme-based channels by subscription television companies.

The proceedings are therefore not closed, and the continuation of the inquiry on the merits will enable a full investigation of the litigious practices.