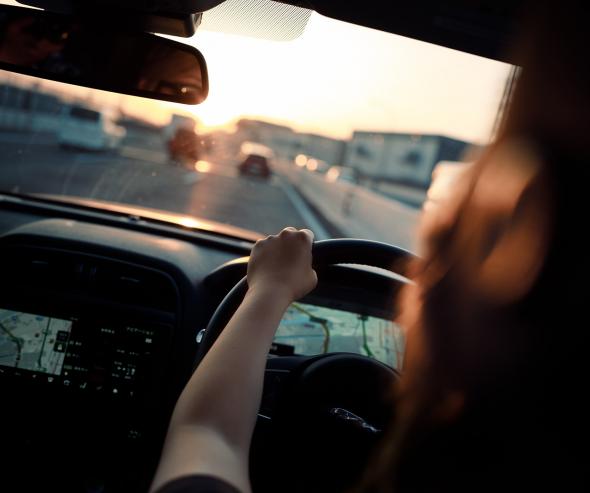 The Autorité publishes three opinions regarding the ways in which driver licence tests are organized.
In particular, the Autorité has expressed a mitigated opinion over the methods used
to allocate test places among driving schools.

The Autorité de la concurrence today publishes three opinions issued to the Government in December 2015 regarding driver licence tests. These opinions are related to decrees and orders taken under the Law of August 6th 2015 for growth, activity and equality of economic opportunities (known as, and hereinafter referred to as, the “Macron law”).

In the context of an overall lack of test places, a range of measures aimed at improving the general organization of driver licence tests have been adopted by the legislator. The Autorité welcomes these reforms, which will, broadly speaking, lead to improved economic efficiency; however, it also calls to the government's attention the need to ensure greater equality of opportunity, both among test candidates and in terms of competition between driving schools. This press release outlines the three particular measures the Autorité would like to adjudicate.

OVERVIEW:  APPLICANTS SUBJECT TO LONG WAITING PERIODS BEFORE BEING ABLE TO TAKE THE DRIVING TEST

The French system for driver licence tests is characterized by long waiting periods before candidates are able to sit their test. Despite an increase in the number of examiners, the system remains under pressure: while the average waiting period was reduced to 72 days at the end of 2015 as a result of certain measures adopted the previous year, this figure remains high when compared to the European average of 45 days.

These waiting periods have significant economic impact on candidates, increasing the overall cost of obtaining a driving licence as learners are forced to take extra lessons in order to maintain their level between attempts. They also impede access to the job market, as many employment opportunities require applicants to hold a driving licence. Indeed, an impact study carried out for the Macron lawfor growth, activity and equality of economic opportunities showed that 65% of employers took into account the possession of a driving licence when recruiting candidates.

Excessive waiting periods also cause problems in terms of road safety: it is estimated that 500,000 people currently drive without a licence in France (either because they have never passed the test, or because they have lost all their points and have had their licence suspended).

In France, driving test places are allocated by each local prefecture not according to individual applications but per driving school (except for independent candidates not enrolled in any driving school). Over the years, several allocation methods have followed on from one another. Article 30 of the Macron lawdisposes that the mechanism by which test places are allocated must be objective, genuine, and non-discriminatory, and must not harm competition between companies involved. It must also ensure that independent candidates have equal access to test places. The allocation of places must be based, in part, on the number of instructors working for each driving school.

The Autorité considers that the draft order submitted by the government does not respect the letter or the intention of the aforementioned Article 30, particularly in light of the fact that its proposed method continues to focus on the driving schools' past activity - something the legislator had clearly intended to cease.

Simultaneously, prefectures must also be able to guarantee independent applicants the same waiting period as other applicants, including for their first attempt. To this end, the Autorité recommends that test places are no longer passed from one driving school to another, and that unused places should systematically be allocated to independent candidates.

The Autorité is in favour, in the medium term, of the implementation of a system allowing candidates to apply on an individual basis.

The Autorité's considers that the very fact that driving schools are allowed to act as intermediaries in the application process is, in itself, a risk factor in distorting effective competition.

This is why the Autorité recommends, in the medium-term - as already existing in the UK - the implementation of an online system allowing candidates to register on their own, upon approval that they have completed 20 hours of mandatory driving lessons. Test places would then be allocated based on application submission dates. This reform would require a modification of Article L. 213-4-1 of the French highway code (Code de la Route).

The Macron law states that the organization and administration of the driving theory test may be delegated to certified third party operators, and that fees charged to candidates by these operators shall be regulated via an official order having been preceded by an opinion issued by the Autorité de la concurrence. The government has submitted a draft decree to the Autorité, defining the conditions for approval of theory test providers, as well as a draft order setting out prices and specifying obligations in terms of the geographical areas to be covered by these service providers.

The Autorité is generally in favour of the reform being proposed, insofar as the outsourcing of theory testing to operators able to compete with one another, as well as freeing up examiners (who do not require any particular qualification in order to perform this duty), moves the process towards greater economic efficiency overall. However, the awarding of third-party contracts by geographical area - rather than using the entire national market - would have made this new market more accessible to potential operators. In addition, the setting of prices by public authorities is difficult to justify, especially while competitive pricing is possible and desirable in this market.

As such, the Autorité has submitted a favourable opinion about the texts that were submitted, on the condition that the following modifications are taken into account:

Furthermore, the Autorité has noted that the obligation for providers to be present in all areas of France means that this market represents a diversification opportunity for the French postal service (La Poste). The concept of a public-owned utility, already equipped with a diverse and wide-reaching network, diversifying its activities into a competitive market is not in itself problematic; although, it simply implies that steps must be taken to ensure the operator is competing fairly with other service providers. In similar cases, the Autorité has always recommended a degree of separation, at least on a accounting level, between the public utility's central operations and its diversification initiatives.

The government has submitted a draft decree to the Autorité defining application fees to be charged to candidates applying for their driving test, which are currently forbidden, as well as any “support fees” (frais d'accompagnement), charged for services provided by the driving instructor on the day of the test.

Insofar as candidates are more or less dependent on their driving school for the opportunity to obtain a test place, it is the Autorité's view that setting a ceiling rate for support fees constitutes a proportionate measure in accordance with the general interest objectives of the law in question, and should bring to an end the excessive pricing previously observed. In this instance, the draft measures being considered propose setting a ceiling rate that does not use a fixed value, but rather is based on the prices charged by a driving school for one hour of lessons: this would allow room for competition in terms of pricing between various driving schools.

The Autorité has expressed a favourable opinion on the draft decree, on the condition that the final text specifies that the support services provided to the candidate for the theory test are entirely optional, and that different ceiling rates are set for the A/B and C/D categories (French driving categories corresponding to light-vehicle, heavy-goods vehicles and motorcycle driving), given that the duration of the practical test varies from one category to another.

> See the full text of opinion 15-A-15 of October 21st 2015 regarding application fees and instructor support fees for the driving test.