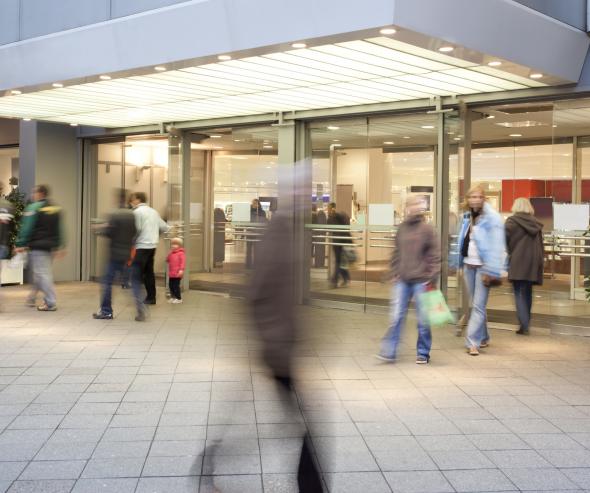 To revamp competition, it considers that , behavioral barriers to entry on the one hand (for example, practices aimed at freezing commercial estate) and obstacles to the mobility of independent stores across retail groups in the other hand (in the form of agreements that are too long and too rigid) have to be removed

In February 2010, the Autorité de la concurrence started proceedings at its own initiative in the food retail sector to assess the behavior of major retailers regarding commercial estate management and affiliation contracts between independent stores and retail groups.

In its analysis, the Autorité de la concurrence expresses its concerns regarding the concentration level of some customer catchment areas, notably in the markets for large superstores (above 2400 sq. meters) and for conveniences stores (located in city centers) (see fiche 1). It notices that the current competitive situation is blocked because of various entry barriers and of obstacles to the mobility of independent stores across retail groups

From the search for the appropriate site to the opening day, creating a new store may take from seven to ten years. The length of this process is due to the various regulations constraining the creation of new stores, including frequent appeals against planning permissions and other administrative decisions, as well as to the relative scarcity of land and estate suitable for large stores installments.

However, barriers to entry also derive from the behaviors of incumbent retailers who introduce non-competition clauses and priority rights in their land sales contracts. Such clauses may last for up to 50 years.

Concretely speaking, such clauses, which may last for up to 50 years, prevent the buyer of commercial estate from starting a grocery activity competing with that of the incumbent retail group. Similarly, priority rights included in selling contracts allow retailer groups a priority to re-buy land sites or estates likely to be sold to another company. As a consequence, retailing groups are able to anticipate and counter the entry of any new competitor in the area.

In France, the six major retailer groups (Carrefour, Leclerc, Intermarché, Auchan, Casino and Système U) are seldom simultaneously present within the same customer catchment area. If the customer has a large choice in terms of available stores, this diversity does not necessarily reflect the real competitive level existing in its customer catchment area (see fiche 2).

Concerning the superstores market for example (as well as smaller supermarkets in periphery but to a smaller degree), a retailing group frequently competes with two or three other retail groups. The market for convenience stores in city centers remains very concentrated too. The case of Paris is particularly striking. The market share of the Casino group is higher than 60% in surface, whereas its follower – Carrefour group – holds less than 20 % of the market.

To revamp competition and facilitate entry of new retail groups in concentrated catchment areas, the obstacles to the mobility of independent stores across retail groups have to be removed

“Affiliated” or “independent” stores are the most widespread kind of stores in the French food retailing sector. Such stores are operated by independent shopkeepers who affiliate to a franchisor group (such as Carrefour, Casino or Auchan) or to a buying group (such as Leclerc, Système U or Intermarché).

Although independent in terms of pricing and buying decisions, these affiliate stores are often captive from their retail group due to numerous clauses included in their agreements and status, which prevent them from moving to another retailing group.

Finally, priority rights included in the agreements may be activated by a distribution group when the independent shopkeeper tries to sell its store. They artificially restrict competition by limiting the competitors’ ability to purchase independent stores and contribute to freezing the geographical establishment of distribution groups.

On the other side, retail groups, both integrated ones and buying groups, acquire minority holdings in the capital of their affiliated partners, which allows them to oppose to any attempt from the store to affiliate or franchise to another retail group (for more details, see fiche 3).

If the operators involved do not voluntarily implement these recommendations, a law may have be enacted in order to foster more competition in the retail sector.


> For more details regarding this opinion, please consult the press package:

Fiche 1: Customer catchment area concentration
Fiche 2: Grocery retail commerce in France
Fiche 3: The contractual and capitalistic obstacles to the mobility of independent stores between competing brands
Fiche 4: Recommendations of the Autorité de la concurrence in order to promote the entry of new brands and to increase mobility between them


> For more details, please consult the full text of the opinion 10-A-26 of 7 December 2010 relative to affiliation contracts of independent stores and of purchase details of commercial estate in the food retails sector