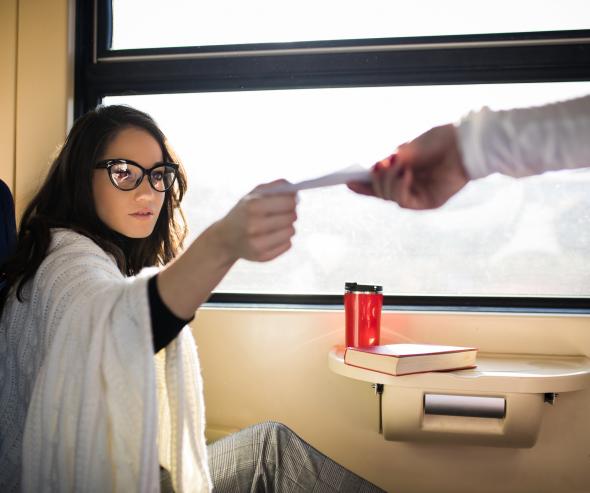 Travellers will from now on benefit from the same facilities (access to all promotions, possibility of printing out rail tickets), whatever the type of agency used

Following a complaint by the companies Karavel-Promovacances, Lastminute and Switch, and implementing national and EC competition law, the Conseil de la concurrence has issued a decision, fining the French national rail operator SNCF a total of 5 million euros for favouring its subsidiaries running the website voyages-sncf.com, and in particular its subsidiary created jointly with Expedia, Agence Voyages-sncf.com, to the detriment of its competitors. The Conseil also imposed a fine of 500,000 euros on Expedia.

SNCF has made substantial commitments regarding its future behaviour, which will make it much easier for travel agencies to sell rail tickets online.

The online travel agencies will be able to market all SNCF’s promotional offers, and allow Internet users to print out their own rail tickets by themselves

Following the commitments made by SNCF, the travel agencies will from now on be on an equal footing with the website voyages-sncf.com for selling rail tickets: travellers will now have access to the same promotions and features as those available on the SNCF’s own commercial website.

SNCF has also given guarantees regarding its future behaviour, with a commitment to offer the same features and functions to all travel agencies when the next technological advance is rolled out, i.e. the dematerialization of rail tickets (phasing out of physical “paper” tickets).

To sell rail tickets, online travel agencies were until now forced to purchase an expensive computer licence from SNCF in order to access its booking system. This requirement did not apply to its subsidiary Voyages-sncf.com, which enjoyed a direct connection.

SNCF has made the commitment to significantly lower the price of the licence, and also to allow the other online travel agencies to use the same connection system as Voyages-sncf.com, should they so request. In the longer term, it has also committed itself to negotiate with third party intermediaries (booking engines) to ask them to develop a new procedure for accessing its booking system, for the benefit of online travel agencies. This will give online travel agencies the choice of whether or not to use SNCF’s computerized services.

This commitment resolves not only the existing competition problems, but also any future issues, since it should help centralize all the rail ticket offers available on neutral platforms (booking engines), for the benefit of all travel agencies. This development will promote competition by giving greater visibility to the rail companies who enter the French market, when the international travel market is opened up to competition.

> For more details of this case, see the full text of Decision 09-D-06

> See decisions of Cour de cassation (Supreme Court of Appeals) - 10th May 2011. See the first decicision and the second decision.