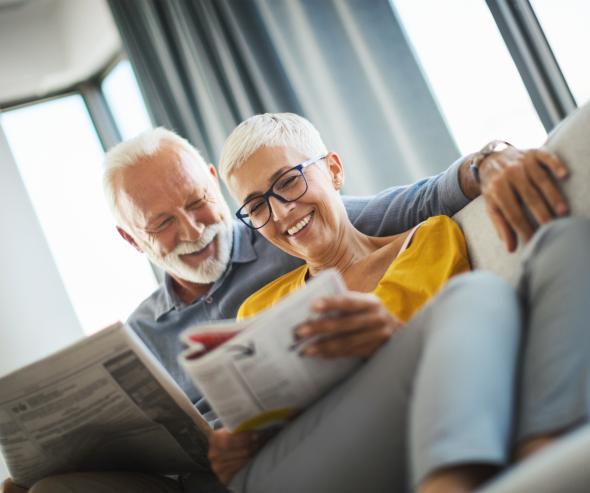 Organisation of the press distribution sector

The press distribution market is organised by law around a principle of cooperation.
It operates on three levels :

- SAEM-TP, which notably distributes the daily papers le Figaro, l’Équipe, Paris Turf, Aujourd’hui France, and publications such as Femme actuelle or Maxi. As it does not have its own logistics centre, it subcontracts its operations to NMPP.

The depositaries play a central role in the transfer of information between publishers and retailers. They supply newsagents with the press allocated to them by the three express services and certain publishers, notably the Regional Daily Press. They are not in competition with each other and have exclusive distribution rights for a given geographic area.

The depositaries use a software package called “Presse 2000”, designed by NMPP, to manage press distribution. Certain features of “Presse 2000”, known as the "tronc commun" (or core section), are shared by NMPP, SAEM Transport-Presse and MLP. The depositaries use it to manage information flows with newsagents, for all publications, irrespective of the express service responsible for distribution.

MLP has developed its own computer system, called TID, which transfers information to depositaries. It claims that NMPP is refusing to allow direct access to be set up between its TID system and the “Presse 2000” package, forcing depositaries to re-enter data manually, which is expensive and leads to errors.

NMPP and SAEM-TP have almost identical pricing structures, in which they offer exceptional discounts to publishers who agree to remain loyal for a certain number of years. Thus, publishers who continue to be customers from 2000 to 2003 benefit from a bonus corresponding to a reduction of 1.10 %. Furthermore, the SAEM-TP pricing structure, unlike the NMPP equivalent, offers a loyalty reward, which NMPP appears to be using as a sales argument to canvass MLP customers.

MLP denounces certain practices used by NMPP and SAEM-TP and claims that an NMPP group dominates the regular press distribution market and is trying to push it out of this market. The practices brought into question mainly concern, firstly, MLP’s access to the computer system set up by NMPP and, secondly, the pricing conditions offered by NMPP and SAEM-TP.

The serious and immediate threat to the sector and the company

The Conseil de la concurrence highlighted the fact that the press distribution sector is characterised by a very concentrated offer, as the two main suppliers, NMPP and SAEM-TP, represent 85 %. It reiterated that the fact that these two companies belong to the same group and the similarities in their sales policies have the effect of limiting the intensity of their competitive relationship and that, in this context, MLP, with a 15% market share, appears to be their only competitor.

In this context, it acknowledged that the pricing policies stated, as well as the company’s refusal to allow direct access to the “Press 2000” package, were likely to pose a serious and immediate threat to MLP, which had recently experienced a decline in turnover and profit.

Until the affair is judged on merits, it enjoined NMPP to allow MLP direct access to the core section of the “Presse 2000” package, in equitable economic conditions, allowing automatic transfer of files between the MLP computer system and “Presse 2000”.

Furthermore, given the financial and legal ties which exist between NMPP and SAEM-TP and the strong similarity of their sales policy, the Conseil de la concurrence has not excluded the need to acknowledge the joint position of the two operators to evaluate the effect of their pricing policy on competition and that in these conditions, their loyalty pricing practices may be considered anticompetitive.

It therefore enjoined NMPP, as an interim measure, to discontinue the exceptional reduction scheme appearing in its pricing structure and to suspend the application of loyalty discounts and the exclusivity clause included in its export distribution contract.

It also enjoined SAEM-TP not to renew the exceptional reduction scheme and to suspend the application of its loyalty discounts.