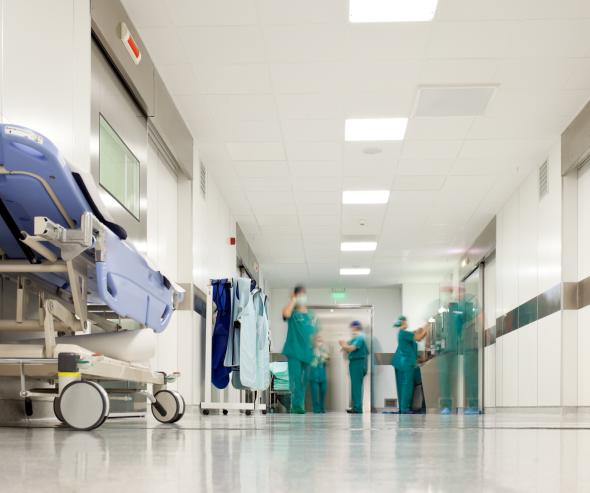 Following a referral from the Minister of Economy, Finance and Industry, the Conseil de la concurrence sanctioned several subsidiaries of the Air Liquide Group, which had engaged in anticompetitive practices in the hospital medical gas sector. The fines imposed totalled 4.3 million Euros.

The market for medical gases for use in hospitals

Medical gases are those used by healthcare establishments or private individuals for therapeutic reasons or for applying medical techniques (oxygen, nitrous oxide, compressed air, carbon dioxide gas, nitrogen and gaseous compounds, etc.). On 31st December 1992, the Direction de la Pharmacie et du Médicament (French department of pharmaceuticals and medicinal products or DPHM) decided that gases destined for medical use were to be considered as medicinal products. As a result of this change in status, the sector was forced to restructure itself, which in turn led to an increase in production and distribution costs.

Public hospitals and most private healthcare establishments select their suppliers via a system of calls for tender.

The close examination of the case revealed that the two companies had practised market sharing and price agreements in 1994, 1995 and 1996.

Most often, the companies CFPO and Carboxyque were the only two to submit bids during calls for tender. At that time, they presented themselves as two independent, competing companies, whereas in reality they had previously collaborated on prices and agreed to share the markets.

In an attempt to improve the group's margins, the two companies agreed to collaborate during the contract and call for tender stages, to force healthcare establishments to accept substantial price increases. They justified these increases in the same way, citing the new charges linked to the newly changed status of medical gases.

Furthermore, they determined geographical zones for mutual development and shared customers between themselves.

Given these circumstances, there is considerable potential for price increases, and the Conseil emphasised the crucial role played by competition in the bidding process, where it represents the only effective safeguard against distortion of prices.

The Conseil also indicated the especially serious nature of any policy aimed at deceiving public purchasers. When determining the amount of sanctions, it took into account the size of the market concerned (a total of more than three billion Francs over the three years in question) and the dominant position of the two companies accused (70% of the market).

It also ordered the three aforementioned companies to publish the decision partially in the daily newspaper Les Échos and the magazine Le Moniteur hospitalier.