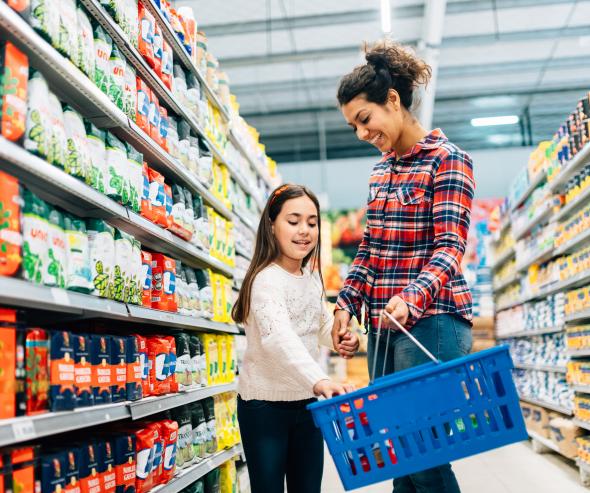 The Autorité de la concurrence is today publishing a decision clearing, subject to commitments, the acquisition by Groupe Bernard Hayot of a hypermarket located in Cluny (Martinique) currently operated under the Cora brand.

Groupe Bernard Hayot is active on Martinique both at the retail level – operating two hypermarkets under the Carrefour brand – and at the wholesale level, supplying supermarkets and hypermarkets.

Taking into account the specific characteristics of the markets in France’s overseas territories, already highlighted by the Autorité de la concurrence in its opinion on the import and distribution mechanisms for convenience goods in France’s overseas territories1, the Autorité de la concurrence has assessed this transaction particularly closely, as it allows a vertically integrated actor to reinforce its position on the downstream retail distribution market on Martinique.

The Autorité considers that, on the plain of Fort-de-France where the hypermarket in question is located, the presence of several competing chains ensures that Martinique’s consumers will still have sufficient choice, with the market share of Groupe Bernard Hayot in this catchment area remaining less than 30 %. On the other hand, Groupe Bernard Hayot is also active on the convenience goods supply market on Martinique and even a limited strengthening of its position on the grocery retail markets of the island increases the risk that it will be in a position to distort competition on such markets by undermining the operating conditions of competing chains, to the detriment of consumers.

> As far as its supply business is concerned:
As a wholesaler-importer, Groupe Bernard Hayot benefits from exclusive distribution rights, de facto or de jure, for certain branded products, granted by major national suppliers for the whole of Martinique. The Autorité de la concurrence considers that by strengthening its position on the downstream market, Groupe Bernard Hayot could be induced to restrict supplies of national brand products to competing chains, with these being products which it provides to them as a wholesaler and of which its competitors have no other source of supply, or only limited sources.

In order to remedy any risk of anticompetitive effects, Groupe Bernard Hayot has taken several commitments before the Autorité, on behalf of its subsidiaries which supply supermarkets and hypermarkets:

1) The group commits to waive any exclusivity, be it contractual or not, restricting the freedom of its suppliers to sell their products to other intermediaries active on the markets for supply and wholesale to supermarkets and hypermarkets, or indeed to competing retailers.

2) The Group also commits to refrain from any intervention in the relationships between its suppliers and competing retailers of which the purpose is to obtain a de facto exclusivity.

3) The Group commits to ensure that the commercial cooperation budgets received by its subsidiaries from their suppliers are allocated between its stores and those of its competitors without partiality and on the basis of transparent, objective and verifiable commercial criteria. An impartial allocation of such budgets shall promote their use in the financing of commercial promotionsand in stimulating competition on Martinique.

4) The Group finally commits to ensure the independent operation of its business as a wholesaler-importer, which shall be separate from its retail distribution business. In particular, the Group commits to ensure that any information obtained relating to the commercial promotions of competing retailers shall not be disclosed to the entities in charge of the commercial promotions within its own stores, in particular as far as promotion scheduling, the products to be promoted and the scope of the promotions are concerned.

An independent trustee, approved by the Autorité de la concurrence, shall ensure due and proper compliance with all of these commitments.