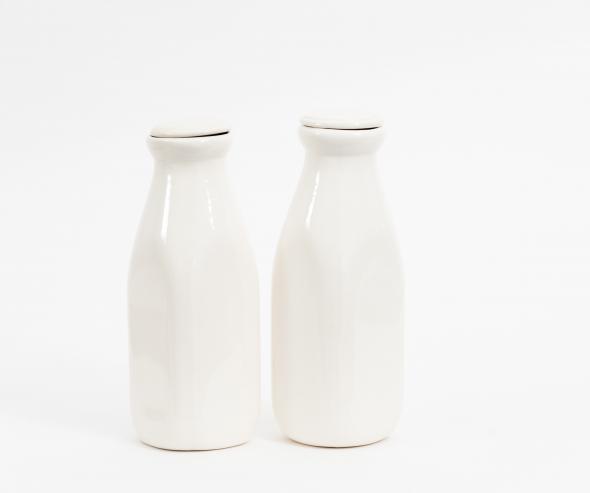 The crisis currently raging in the dairy sector in most European countries, notably characterised by a brutal fall of production prices (more than 37 % between September 2008 and April 2009 in France), has prompted the Senate’s Economic Affairs Committee to seek, on the basis of article L. 461-5 of the French code of commercial law (Code de commerce), an opinion from the Autorité on the operation of this sector. This opinion has just been released, as an appendix to information report n° 73 (2009-2010) of 30 October 2009 and to the minutes of the 28 October 2009 interview of Bruno Lasserre, president of the Autorité de la concurrence.

The opinion issued by the Autorité confirms the reservations relative to the issuing of price recommendations by the interprofession, both on the national and regional levels, as these will most likely be inefficient in view of international competition and given their legal risk relative to European competition rules. The Autorité considers that it would be best to favour solutions that, while complying with these rules, better remedy the market’s malfunctions.

The dairy sector is experiencing malfunctions : high price volatility and unbalanced relations between producers and collectors

As in many agricultural markets, the dairy sector is characterized by an overall demand that is relatively insensitive to prices, but also by a fairly rigid short-term supply. Such rigidity results in strong volatility of the prices of products that are said to be surpluses, namely industrial products (butter and milk powder), which is mechanically felt on that of production prices. This price volatility is often triggered by variations of the supply or demand on a worldwide level, for these surplus products. It results in uncertainty regarding the earnings of breeders as well as the costs of processors, which weighs not only on investments, but also on the viability of companies.

Moreover, the vast majority of French producers are in an unbalanced situation relative to their collectors: 70% of producers are in a situation in which their buyer has at least 500 other producers. For example, Danone confirms having 3900 milk producers. This imbalance of negotiation power could, if relevant, be without consequence if, as in certain countries, collection was primarily carried out by powerful cooperatives whose status implies, in principle, that they look after the interests of producers since the latter are their shareholders. In France, however, barely 50% of the collection is carried out by cooperatives (it only represents 35% of the sales figure of transformed products), the rest results from private industries.

For some ten years, producers and processors (cooperatives and dairy industrialists) have, on a quarterly basis, disseminated price evolution recommendations via the interprofession. In April 2008, the French Ministry of Economy [DGCCRF] warned the Centre national interprofessionnel de l’économie laitière (CNIEL) of the risks that it incurred if it continued such practices. An intermediate system was then developed, based on the dissemination of indices by the CNIEL, on the basis of which the regional interprofessions would then have to issue their own price recommendations.

In June 2009, under the aegis of the French Ministry of Agriculture (Ministère de l’agriculture), an agreement was reached between the three major interprofession families (producers, processors and distributors) in an effort to combat the crisis in the sector. This agreement notably includes three trend indicators that the CNIEL can disseminate, together with target prices.

Since the 2009 finance law modified the French rural code (Code rural), the interprofession’s dissemination of price evolution indices is no longer subject to the provisions of national law that prohibit anticompetitive practices. However, such practices are still subject to European Community competition rules, from which an exception or dispensation would seem to be difficult to secure.

Contractualization: a necessary solution between producers and industrialists

The Autorité de la concurrence believes that it is possible to improve the situation by exploring other avenues. Contractualization would appear to be the most promising solution.

Contracts covering several years, that define the volumes, prices and conditions of their evolution in the medium term and quality elements, must serve to provide the visibility needed by producers but also by processors, who would thus be able to better anticipate their procurements and costs. These contractual commitments could relate to foreseeable volumes intended to be processed into consumer products (as opposed to industrial products, which are necessarily more subject to the effects of international competition).

One of the major difficulties of contractualization resides in the very large number of suppliers to which major private industrialists have access. It is therefore necessary to determine with whom the processor will have to negotiate the content of the contracts. While concerted price negotiations involving all actors on the national level would be contrary to competition law, the extreme inverse (i.e. negotiation between each processor and each producer), would inevitably limit the benefits that could be expected from contractualization in terms of restoring the negotiating power of producers.

The negotiation with the processor will have to be carried out by an offer grouped within producer organisations, either along the lines of a cooperative, with transfer of ownership, or along those of an association that would only have a mandate for it to market the product. A relaxation of the milk Common Market Organisation (CMO : see below) would serve to legally secure this second option.

The other supplementary avenues

The development of futures markets could provide a solution for combating volatility, insofar as they would make it possible to pool risks not only amongst producers, but also over time, which would not be possible just from simply grouping offers into cooperatives. While there is a futures market in the United States (Chicago Mercantile Exchange) that offers contracts on milk, butter and milk powder, no equivalent currently exists in Europe (a European project, the European Milk Exchange, is being set up).

It would also be desirable to relax the rules that govern the dairy sector, along the lines of what has been done in the fruit and vegetable sector. The fruit and vegetable sector is governed by a Common Market Organisation (CMO) that is more flexible in terms of production organisation than in the case of the dairy sector. Indeed, provided that it is not in a dominant position, an association of organisations of producers can, without a transfer of ownership, be tasked by its members to market products; it can also organise information exchanges that are intended to regularise production prices (i.e. in order to limit volatility). Such an evolution would facilitate the strengthening of the market power of producers, with the prospect of the development of contracts relating to volumes and prices. However, such an evolution of the CMO requires a European decision.

The strengthening of the offer and the orientation towards quality products

With or without an evolution of the CMO, it is in the interests of producers to band together into sufficiently powerful cooperatives, including until the transformation stage, notably in order to develop transformation into quality products such as organic production (insufficient at the French level), high-end products or ones that are regionally anchored, and less subject to international competition.

For more details,please consult the full text of opinion 09-A-48