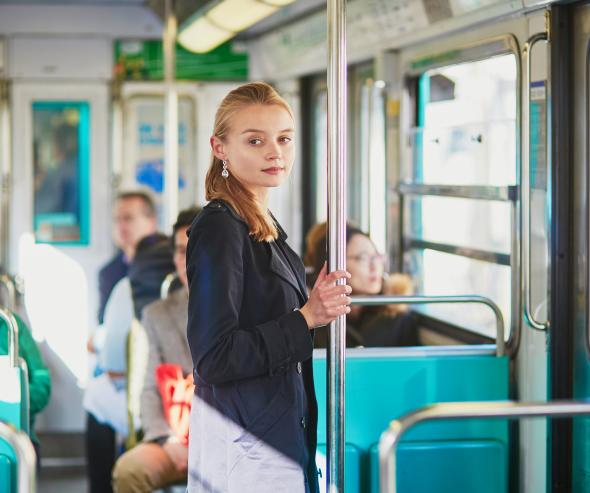 The SNCF takes steps towards the increased autonomy of its subsidiary Keolis in the market of advice and technical assistance to urban transporters.

Within the scope of a procedure initiated before the Autorité de la concurrence by Transdev, the SNCF group has proposed a series of commitments designed to strengthen the autonomy of its subsidiary Keolis and not to mobilise the group’s rail resources in tender bids in the markets of advice, technical assistance and support to transport network operators.

The Autorité de la concurrence is launching a market test to check whether these proposed commitments are sufficient to allay the competition concerns that it has identified.

Communes and local authorities are involved in multiple ways in organising urban transport services (bus, metro, tram, etc.). They can in particular subcontract the provision of these services, by delegation of the public services, to specialist operators such as Keolis, Transdev, RATP Dev or Carpostal. They can also provide them themselves, more or less directly, alone or in groups, in particular via semi-public or public companies. In this case, these "autorités organisatrices de transports urbains/AOTU", or Authorities Organising Urban Transport (local authorities) and their offshoots (semi-public, public companies, etc.) frequently have recourse to external providers of advice, technical assistance and support, to help them in their tasks.

At the end of 2012, Transdev filed a complaint with the Autorité de la concurrence following the granting of a public tender for technical support for the operation of transport services by the Compagnie des transports strasbourgeois(a semi-public company operating the urban transport network for the Strasbourg city authority). The public contract was awarded to a group made up of two SNCF subsidiaries: Keolis and SNCF Partenariat, which provides its rail expertise to AOTUs and their offshoots.

This tandem’s bid in particular convinced the Strasbourg local authorities with its rail and intermodality proposals1.

In its complaint, Transdev accused the SNCF of having abused its dominant position in the national passenger rail transport market, by deliberately maintaining confusion between its activities as a monopoly and its activities in the competitive sector, by mobilising resources that its competitors are not in a position to reproduce, in particular with regard to solutions for intermodality with rail transport.

In its decision of 27 June 2013 (see press release of 27 June 2013), the Autorité de la concurrence rejected the call for interim measures, on the grounds of lack of urgency, but decided to continue to investigate the case.

The competition concerns: the SNCF Group may have benefited from resources resulting from the rail monopoly to which competitors do not have access.

Within the context of the investigation of the merits of the case, the Autorité de la concurrence has noted concerns over the involvement of the SNCF group in technical support markets.

The Autorité has questioned the SNCF group’s means of "diversification", through use of the SNCF Partenariat subsidiary: a structure without dedicated resources, involving executives from the rail operating authority in conditions that are possibly advantageous and that could benefit from the SNCF’s role, image, reputation and possible "influence effects".

It has not excluded the possibility that the SNCF group may have been able to benefit, as a result in particular of its monopoly over passenger rail transport and the holding of passenger stations, from a range of advantages and resources that were unduly mobilised to apply leverage in the market of advice, support and technical assistance to public transport network operators and thus win the Strasbourg city authority’s tender.

In response to these competition concerns identified by the Autorité, the SNCF operator and its subsidiaries SNCF PARTENARIAT and KEOLIS jointly proposed prohibiting the SNCF group from using resources arising from its rail monopoly that would not be accessible to its competitors in response to tenders in the markets of advice, support and technical assistance to network operators.

- The SNCF Partenariat subsidiary may no longer submit bids in such markets, whether alone or as part of a group;

- The SNCF operator, the parent company of the SNCF group and holder of the rail monopoly in passenger rail transport, shall likewise not submit bids on such markets, alone or as part of a group;

- Symmetrically, the KEOLIS subsidiary shall not bid on such markets in a group with the SNCF;

These commitments, undertaken for a five-year period, may be extended by the Autorité, if the regional passenger rail transport market fails to open up2 .

The Autorité will submit these proposals to a market test. Once this consultation has been completed, the Autorité’s board will invite the parties to a hearing where it will examine the observations of third parties. It may request that these commitments be amended or supplemented and then, after having made them binding, close the proceedings. In the event that these commitments, even when amended, are still not sufficient, the Autorité will resume the contentious proceedings.

Any interested third parties have until 18 December 2014 at 5pm to submit their comments on the commitments proposed by the SNCF. All practical information is set out in the market test available here.

1 Intermodality is the capacity of transport operators to provide continuity between the different modes of transport (rail, road, etc.) and to make the user’s journey fluid and predictable.

2 It should be noted that since the 27 June 2013 decision by the Autorité de la concurrence, the SNCF has taken steps that in practice strengthens Keolis’s autonomy (dissolution of a GIE - an economic interest grouping - between the SNCF and Keolis and internal reorganisation measures within Keolis).