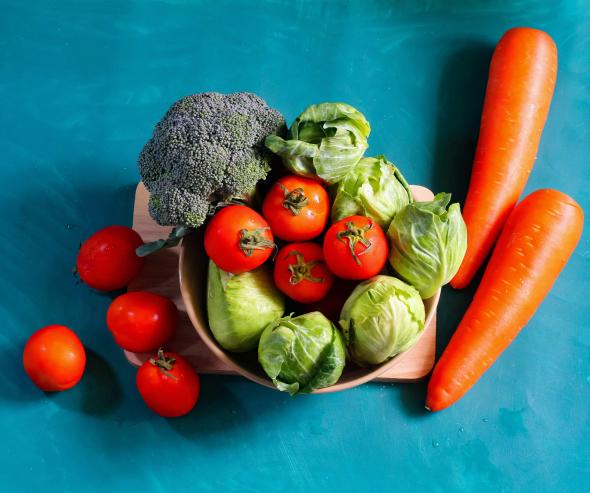 The Autorité de la concurrence, whose opinion had been sought by a professional organisation of fruit and vegetable producers,
recommends the introduction of measures designed to improve flexibility for producers’ organisations

Following a referral from a professional federation known as Les Producteurs de Légumes de France, the Autorité de la concurrence issues today an opinion concerning the situation in the fresh fruit and vegetables sector in France and the conditions for application of competition law in this sector.

Fresh fruit and vegetables are perishable or semi-perishable goods that are difficult to store. Additionally, the production of fresh fruit and vegetables depends on climatic vagaries and the cycle of the seasons. For all these reasons, it is difficult for producers to adjust production volumes to match market prices. In addition to the inflexibility of supply, there is a structural imbalance between the fragmented supply and the highly concentrated demand (mostly coming from mass retail distribution). This results in a serious imbalance of power between the parties involved and high price volatility.

Faced with this situation, the Autorité de la concurrence has already stated that it favours measures that would ensure legal certainty to producers

In a previous opinion concerning the economic structure of the fruit and vegetable sector1,  the Autorité de la concurrence advocated for contractualisation, a legal instrument that was little used at the time and that would appear to be an effective, sustainable and reliable answer to the imbalances in trade relations between growers and buyers. Contractualisation – the conclusion of written sales contracts between growers and buyers – introduces a certain amount of visibility for market operators, both in terms of supply and in order to plan investment and the purchase of raw materials.

The Autorité thus emphasised the benefits of standard contracts defining volumes, prices and the conditions for their development in the medium term as well as quality factors. Such standard contracts would provide operators with visibility, providing that the content of each contract could be negotiated individually. Similarly, the Autorité stated that the introduction of revision clauses, to cover pricing and cost changes, would also be possible, as long as these were the subject of bilateral negotiations.

Furthermore, the Autorité recommended other initiatives such as the grouping of supply, the development of future markets and the promotion of quality products as a way of guaranteeing a a fair and stable income to growers.

In a new opinion published today, the Autorité de la concurrence recommends certain flexibility measures in favour of producer organisations so as to encourage the concentration of their supply and give growers the means to take effective action

Despite the Autorité’s recommendations and their passage into law (the law for the modernisation of agriculture and fisheries of 27 July 2010, known as “LMAP”), a serious imbalance persists in the trade relations, aggravated by the reluctance of certain growers to join a producers’ association and the difficulties they encounter in competing with producers from other European and non-European countries.

New measures of flexibility therefore need to be considered, including certain measures that would fall within the current context of the reform of the Common Agricultural Policy (CAP).

In this respect, the Autorité considers that the abolition of the criterion of the absence of a dominant position for the creation of producers’ organisations (POs), a situation that has existed since the most recent Common Market Organisation (CMO) regulation came into effect on 1 January, should be an opportunity for a revival of the movement to concentrate growers.

Furthermore, the Autorité recommends the extension to the fruit and vegetable sector of the greater flexibility in the conditions for collective price negotiations within the POs, which was granted in the last OCM regulation to other agricultural sectors, such as dairy products, olive oil, cereals and beef. Such an extension ought to provide the farming associations with more effective means of action.

The Autorité is of the opinion that these various measures ought to make it possible to maintain the diversity of supply in the sector, while enabling producers to benefit from a fairer share of the surplus between the various stakeholders in the sector, which would ultimately also benefit the consumer since these products are basic necessities.