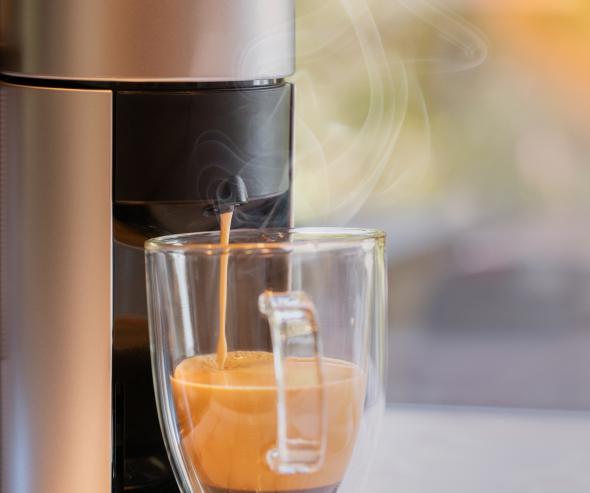 Within the scope of a procedure initiated before the Autorité de la concurrence by DEMB (the L’Or Espresso brand) – formerly known as Sara Lee – and the Ethical Coffee Company (the Espresso brand and private label brands), Nespresso has proposed a series of commitments designed to lift barriers to entry for other coffee capsule makers - compatible with Nespresso coffee machines - as well as barriers to their growth.

The Autorité de la concurrence, being the first antitrust authority to examine these practices, is launching a market test to check whether the proposed commitments are sufficient to allay the competition concerns identified.

Single-portion espresso coffee machines make it quick and easy to produce espresso coffee, thanks to machines that work with single portions of coffee (capsules, pods, etc.). They have been extremely popular with French households, more than 25% of which possess such a machine. There are various models on the market including the Nestlé group’s Nespresso and Nescafé Dolce Gusto, the Illy company’s Iperespresso, Lavazza’s A modo Mio and Malongo’s Oh Espresso and Ek’ho.

In 2010, the first competitors created a niche in the French market to sell capsules compatible with Nespresso machines. DEMB launched L’Or Espresso capsules in April and the Ethical Coffee Company marketed its Espresso brand capsules and private label capsules in May. Since then, other compatible capsule manufacturers have entered the market.

THE COMPLAINTS OF DEMB AND THE ETHICAL COFFEE COMPANY

The two informant companies complained of exclusionary practices by Nespresso, consisting in particular of linking the purchase of Nespresso brand capsules to that of Nespresso-brand coffee machines.

THE AUTORITÉ’S COMPETITION CONCERNS: NESPRESSO APPEARS TO HAVE IMPLEMENTED VARIOUS PRACTICES THAT ENCOURAGE CONSUMERS TO ONLY USE NESPRESSO-BRAND CAPSULES IN ITS MACHINES

The Autorité’s investigation services found that there are several practices of a technical, legal and commercial nature that incentivise consumers to only use Nespresso-brand capsules:

• at the technical level: subsequent modifications to Nespresso machines have had the effect of rendering capsules produced by competing manufacturers incompatible with the new models (repositioning of a seal, the addition of ribbing, hooks and grooves in the extractor cage, modification of flow meter settings, changes to the capsule perforation system);

• at the legal level: Nespresso has put wording encouraging consumers to only use Nespresso brand capsules on Nespresso coffee machines, on the packaging and in the instructions for use and, in particular, in the warranty;

• on a commercial level: Nespresso has spread messages to the press encouraging consumers to only use Nespresso brand capsules.

At this stage of the investigation and based on the information gathered, it appears that Nespresso may have abused its dominant position by linking the purchase of its capsules to that of its coffee machines, with no objective justification, thereby excluding manufacturers of competing capsules.

THE COMMITMENTS PROPOSED BY NESPRESSO

To address the competition concerns identified by the Autorité, Nespresso has proposed three types of commitments which would remain in force for a period of seven years.

• Transparency in the technical modifications made to its machines
Nespresso undertakes, in particular, to notify competing capsule manufacturers who so request, by means of a technical update, of all modifications carried out that are liable to affect the use of the capsule in the Nespresso machine, and to do so 3 months prior to such modifications coming into effect.

• A warranty which applies regardless of the brands of capsules used
Nespresso proposes to implement new warranty conditions applicable “even when Nespresso brand capsules have not been used unless the damage or malfunction is found to have been caused by the use of such capsules”. In the event of a dispute, it will be up to Nespresso to prove that the damage or malfunction was caused by the use of these other capsules.

• To make no comments that would discourage consumers from using competitors’ capsules
Nespresso agrees, in particular, to refrain from making any comment about competitors’ capsules, either in the press or in the Nespresso Club. This commitment will be implemented as part of a compliance programme (1).

Furthermore, in advance and in the run-up to Mothers’ Day, which is very profitable in terms of sales, Nespresso has agreed to henceforth implement a series of specific commitments concerning Inissia, the newly launched Nespresso machine model, in order to limit any exclusionary effects linked to a change in the capsules’ perforation system.

Once the market test has been completed, the Autorité’s board will invite the parties to a hearing when it will examine the observations of third parties. It may request that these commitments be amended or supplemented and then, after having made them binding, close the proceedings. In the event that these commitments, even when amended, are still not sufficient, the Autorité would resume the contentious proceedings.

Interested third parties have until 19 May 2014 17:00 CET to submit their observations on the Nespresso’s commitments proposal. All useful information can be found on this page.

(1) A compliance programme is a warning and control mechanism aimed at raising employees’ awareness and providing training on, in particular, compliance with competition law.