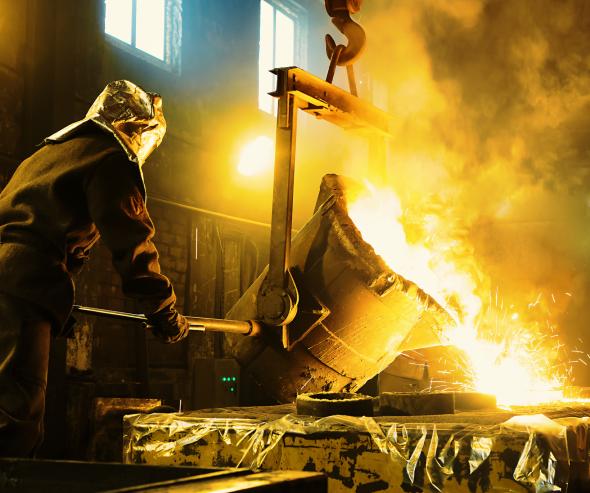 Following complaints by customers of steel trading groups, regarding suspicious similarities in bids received in response to consultations, the Minister of Economy ordered an administrative inquiry in May 2004. The results of that inquiry were passed on to the Conseil de la concurrence in July 2005. In October 2006, one of the companies under investigation opted to take advantage of the French leniency programme (see the Conseil de la concurrence’s procedural notice dated 17th April 2007, which can be found online at www.conseil-concurrence.fr) and cooperate with the investigation by coming forward with new information.

Today, the Conseil de la concurrence has handed down a decision penalizing eleven steel trading companies and the main industry association, the Fédération Française de Distribution des Métaux (FFDM, French Federation of Metals Distribution), for setting up a hardcore cartel between mid-1999 and mid-2004, that affected prices, customers and contracts.

The illegal agreement was organized under cover of professional association activity, following the initiative of the three main French trading groups: PUM/Arcelor (Arcelor Mittal Group), KDI (a subsidiary of the German group Kloeckner) and Descours & Cabaud (trading group based in Lyons).

The inquiry and investigation revealed that the cartel covered all of France and lasted for five years, although some of the companies involved were party to the offence for a shorter period. Documents and other case evidence showed that the offending companies held numerous and regular meetings, at which they agreed on the commercial terms offered to customers (fixing price schedules, classifying customers according to their potential, imposing maximum discounts, etc.) and divided up customers and contracts between them.

The cartel was particularly well organized and controlled by the offending companies, who took into account all the particularities of the market in a highly sophisticated arrangement. They organized numerous meetings at various levels, from national to regional and local, with varying frequencies. Meetings focused on specific products and established multiple price schedules. Minutes were circulated and compliance with the decisions taken was monitored regularly, whilst bodies were set up to oversee and support the practices, and penalties were imposed on those who "broke" the agreed rules.

The cartel operated through "proposers" and "pilots" acting right across France, which was divided into 11 regions, presided by a "chairman", according to terminology used in seized documents. Companies which failed to comply with the agreements suffered "penalties", including temporary exclusion from the cartel. This threat is well illustrated in one of the documents reproduced in full in the decision, summarizing the "penalties" applied in region 7 in the event of "deviation" (refer to paragraph 164, pages 66 to 68): "tonnage repurchase", "bid withdrawal", "right of redress" accorded to injured companies, etc.

The rules of the agreement could also be suspended temporarily, in order to maintain the cartel’s long-term stability against outside parties and to conceal the practices from customers, who were sent covering bids to simulate the existence of competition.

The offences are exceptionally serious, as they had the intention and the effect not only of distorting normal price competition, but also of sharing customers and contracts, thereby obliterating any competitive mechanism between the companies involved.

In addition, the cartel covered a very large part of the market (around 70 to 90% of volumes sold through trading on almost all of the products concerned). Also, it was orchestrated from the very highest levels of the companies concerned, which were fully aware that they were behaving illegally, as demonstrated by instructions appearing in seized documents ("never mention the words agreement or cartel", "never disclose information about our meetings", "avoid talking about the colleagues", etc).

Very substantial damage to the economy: steel products are widely used by many customers

The damage caused to the economy runs into hundreds of millions of Euros, affecting customers in the market concerned but also in other downstream markets.

The products concerned (beams, tubes, rolls, reinforcing bars, etc.) are intermediate goods used by companies of all sizes in a variety of industries, including construction, civil engineering, sheet metal working and the naval industry. They are also used by SMEs (locksmiths, etc.), whose requirements are too small for them to obtain supplies directly from producers, and who are therefore obliged to go through traders.

In such cases, overpricing at the top end of the production chain is at least partly passed on to operators lower down, thereby increasing the end price paid by consumers.

The agreement was also intended to prevent more competitive operators from gaining a foothold in the market.

The Conseil granted Descours & Cabaud partial exemption from fines, under the leniency procedure. In addition, following the statement of objections, the companies PUM Service Acier, Arcelor Profil, AMD Sud Ouest and KDI, along with the FFDM, opted not to contest the case against them and agreed to offer commitments intended to prevent any repeat of the offences. Consequently, their fines were reduced (under the "negotiated settlement" procedure). After application of these procedures, the total amount of the fines imposed was reduced from 716,450,000 to 575,454,500 Euros.

They break down as follows:

At the session before the Conseil, several of the companies fined indicated that they could face difficulties as a result of the economic crisis that developed during the second half of 2008. The Conseil took account of the context – which may affect the companies’ ability to pay – and reiterated that if the companies are able to demonstrate particular difficulties in paying their fines, they are entitled to request a payment schedule or deadlines from the public accounting officer responsible for collecting the fines.