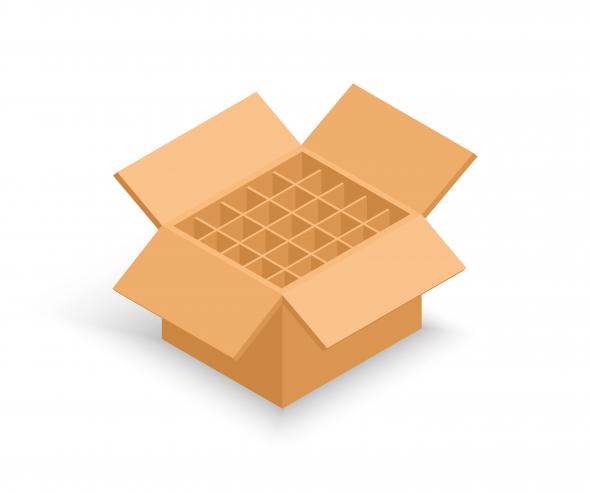 Today, the Autorité de la concurrence issues a decision by which it fines two anticompetitive agreements in the delivery service industry for a total amount of 672.3 million euros:

The principal agreement in question has been subject to a penalty of 670.9 million euros. It concerns 20 companies as well as the professional trade associations TLF (transport and logistics trade association) and involved, during the period between 2004 and 2010, repeated collusions between competitors regarding annual price increases.

A smaller-scale agreement involving 15 of the same companies as well as TLF was also fined an amount of 1.4 million euros.
It concerned defining a common method for passing on the costs of a “diesel surcharge”.

A case revealed thanks to the leniency programme
These agreements were brought to the knowledge of the Autorité by the Deutsche Bahn Group (for the conduct of its subsidiary Schenker-Joyau now known as Schenker France) at the end of 2008 and during 2010 and by Alloin (Kuehne+Nagel Group) in 2010 respectively. These companies in turn applied for leniency.
For the record, the leniency procedure enables companies participating or which have participated in an anticompetitive agreement, to reveal its existence to the Autorité and obtain, under certain conditions, the benefit of a complete or partial exemption from financial penalties, based in particular on their order in approaching the Autorité, the added value of the documents provided and their cooperation with the investigation.
> Find out more about the leniency programme by reading sheet 1 as well as the 60 secondes pour comprendre (60 seconds to understand) sheet.
PARCEL DELIVERY: a key business for the french industry
Delivery service companies transport parcels (of less than 3 tonnes) mainly by road. They are different from the road haulage industry which transports goods by batch and by full lorry. They pick up parcels from the shipper, consolidate and sort them on dedicated platforms, route them and, lastly, deliver them to the recipient. The manufacturing industry is the main market for delivery service companies. Wholesaling, distance selling and e-commerce sites are also clients for these companies. In fact, the majority of e-commerce operators increasingly make use of delivery companies’ services, as shown by the online sales of goods and services, which have increased, in terms of value, more than five times between 2005 and 2012.
The sector is characterised by the presence of major national or international groups, such as Geodis (SNCF Group), Chronopost/Exapaq - now known as DPD France - (La Poste Group), Dachser, FedEx and DHL in addition to a multitude of small regional or local companies.

At the time of the events, the turnover in France of the standard (delivery between 24 and 72 hours) and express (delivery within 24 hours) courier industry amounted to 8.5 billion euros. Although turnover has been growing steadily, the delivery service industry has for several years been marked by very low and, in some cases, even negative profitability. These problems were particularly linked to the existence of structural overcapacity in the industry since the end of the 1990s (see sheet 1).

These low margins led to a large wave of bankruptcies and restructuring, in particular during 2008, which saw 11% of the companies in this field cease trading. These financial difficulties partly explain the continuing decline in the number of salaried employment in the delivery service industry, falling from 55,000 in 2004 to 40,000 in 2011.

A considerable amount of evidence was obtained concerning this case provided both directly by the two leniency applicants (statements, hearings) and also contained in the documents obtained during dawn raids conducted in September 2010 (minutes of TLF meetings, internal memoranda of several companies, emails exchanged between competitors, etc.). 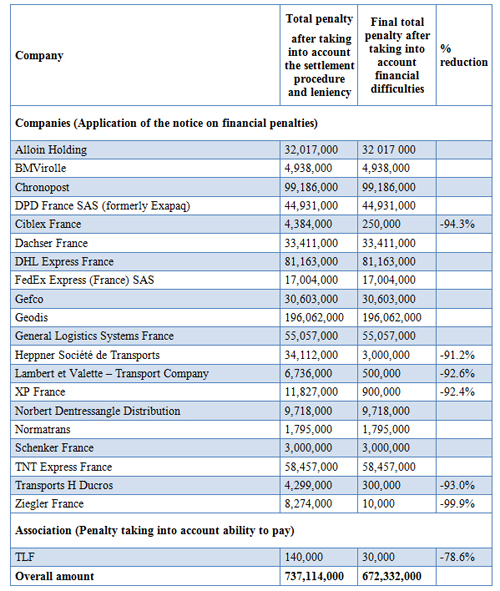 > For further details on this matter, the full text of decision 15-D-19 of 15 December 2015 relating to practices implemented in the standard and express delivery industry is available.
NB. This document translated into English is for information purposes only.
Only the Decision in French is deemed authentic