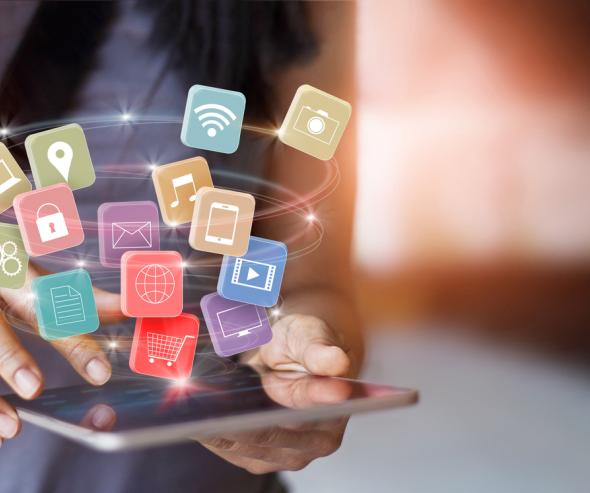 As part of its current sector-specific inquiry on online advertising, the Autorité de la concurrence
has launched a public consultation
in order to collect stakeholder comments on several points.

Stakeholders are asked to reply to the questionnaire sent out by the Autorité
before 15 September 2017.

Through its decision of 23 May 2016, taken at its own initiative, to begin gathering information (see Press Release of 23 May 2016), the Autorité de la concurrence is assessing competition in the Internet advertising sector and the significance of data processing.
This information-gathering procedure, which should not be thought of as legal proceedings, forms part of an analysis of competition and is not intended to note or sanction infringements by stakeholders in this sector. The investigation departments have interviewed many stakeholders in this context and collected  a great number of replies to the questionnaires1 sent out, whether from advertisers2, publishers3 or service providers4. Facebook5 and Google6 were also interviewed, in view of their position in the online advertising ecosystem.

Overview of the situation by the Autorité

The considerable information collected has already produced certain findings, such as confirming the radical changes experienced in this sector since 2010:

Programmatic buying methodologies — in which demand is automatically matched with the advertising space available — that Google for instance has used in research-related advertising for around ten years is growing considerably in other forms of advertising;

Proprietary or third-party data is used in the transactions in order to improve targeting and campaign effectiveness, and thereby increase the willingness of advertisers to pay as well as the value of the advertising;

The existence of certain particularly strong positions in some markets has led to the Autorité analysing the key factors in competition.

In the current environment of the French media sector marked by a decline in the budgets and turnovers, these radical changes have enabled online advertising to continue its growth, notably in the display (advertisements placed on a website or mobile app) and social network advertising segments. According to the Interactive Advertising Bureau, the €36.2 billion and 13.1% annual growth in European internet advertising investments in 2015 have now exceeded those made in television advertising (€33.3 billion). This has also been true in France since 2016, where digital growth is mostly driven by display advertising. With a 4.2 billion euros turnover, France comes out third of the European countries, behind the UK and Germany.

In accordance with the announced timetable, the Autorité is today launching a public consultation that will remain open until 15 September 2017. This is mainly intended to enable it to do the following:

• increase its understanding of certain offerings and technologies;
• pinpoint details of certain types of behaviour described in the investigation;
• reach a decision on certain points regarding which conflicting statements have been received.

In this document,   the Autorité de la concurrence units are also seeking the contribution of stakeholders that did not have the opportunity to reply to the preliminary questionnaires or be interviewed. This consultation covers three main subjects:

• the first is intended to obtain a proper understanding of the sector;
• the second discusses the  identifying of the markets concerned and determines market power;
• the final section analyses the problems linked with competition in the sector.

This consultation will provide the insight that the Board needs in order to be able to adopt and publish a balanced final  analysis in autumn  of the competition in the Internet advertising display sector.