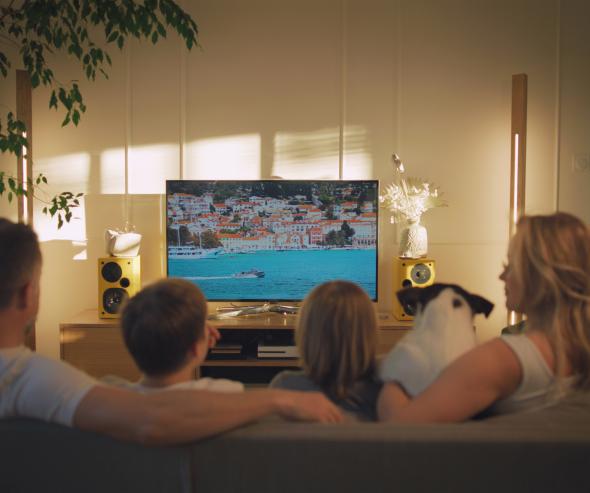 Following a pre-notification phase, the Bouygues group notified the Autorité de la concurrence of its planned acquisition of the Métropole Télévision group on 17 February 2022.

TF1 has other activities related to its main activity as a television channel publisher: audiovisual and film production and the acquisition of audiovisual rights, through its subsidiaries TF1 Films Production, TF1 Production and Newen Studios, as well as the marketing of advertising space, through its TF1 Publicité network. In addition, TF1 publishes websites and print magazines.

In addition, the M6 ​​group has a set of activities linked to its main activity as a television channel publisher, notably audiovisual (C. Productions, Studio 89, GM6) and film (M6 Films, M6 Studio) production, and marketing of advertising space (M6 Publicité).

Finally, the M6 ​​group controls the radio group RTL France, which has several authorisations to broadcast radio programs in mainland France for the three national radio stations RTL France, RTL 2 and Fun Radio, and develops various activities related to the operation of these radio services.

A wide consultation of the sector has already been carried out

To date, the Autorité has already conducted a series of in-depth investigative measures, aimed at gathering the views of operators in the main sectors concerned by the transaction.

In particular, the parties' suppliers, competitors and customers in the markets for the acquisition of rights, the publishing and distribution of television services and advertising were invited to respond to several market tests. The Autorité also conducted hearings with a number of players present in these sectors of activity. Finally, it organised a survey of around 1,000 advertisers.

The transaction requires the opening of an in-depth examination phase

The various activities for which the Autorité will continue to analyse the effects of the transaction are, notably:

With regard to these activities, the new entity would in fact hold sometimes significant market shares.

As part of this in-depth review, the Autorité will continue its analysis of the impact of the development of new uses in terms of the consumption of audiovisual services and the competitive pressure exerted by the digital operators brought forward by the parties to the transaction.

The Autorité will also continue to consult operators on these different markets in order to better assess the effects of the transaction and the remedies that could be presented by the parties in response to any identified harm to competition.

As provided for in the law[1], the Autorité will seek the opinion of the ARCOM (Audiovisual and Digital Communication Regulatory Authority), thus extending the discussions it already had with it on the case.

The Autorité also sought the opinion of the ARCEP (Regulatory Authority for Electronic Communications, Posts and Press Distribution).

Discussions will also take place with other public authorities to better understand all the effects of the transaction.

The opening of a phase 2 does not prejudge the existence of possible harm to competition or the outcome of the review of the transaction.

The law provides that the examination of a merger is carried out in principle within 65 working days from the opening of phase 2, this period being able to be extended if necessary, notably if commitments have to be negotiated.

Divestiture of the TFX and 6ter channels to Altice

On 28 February 2022, TF1 and M6 announced that they had entered into exclusive negotiations with Altice for the divestiture of the TFX and 6ter channels.

The divestiture of these channels does not follow an exchange between the Autorité de la concurrence and TF1 on the effects of the transaction, but responds to an obligation linked to the specific regulations of the audiovisual sector. It is therefore not, at this stage, part of a commitment proposal formalised by TF1 to respond to any competition concerns raised by the Autorité.

It should be noted that the ARCOM, following the Autorité's decision, will examine the TF1/M6 transaction within the framework of its powers.