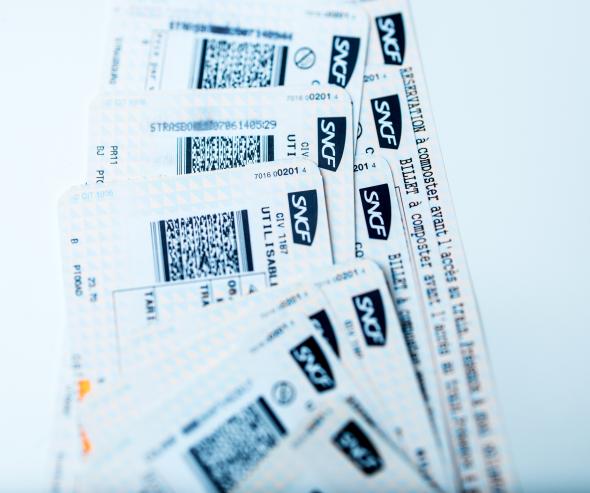 SNCF, which undertook commitments before the Autorité de la concurrence in 2014 concerning the terms of train ticket sales online, is now requesting for them to be revised, arguing that the competitive situation has since changed.

Following a complaint submitted by travel agencies, in 2014 SNCF made commitments before the Autorité to allow travel agencies to compete on equal terms with the subsidiary for the online sale of train tickets voyages-sncf.com

Since that decision, travel agencies have benefited from conditions equivalent to those of voyages-sncf.com, in particular with regard to billing, payment and access to information.

The revision of commitments requested by SNCF

The commitments open up the possibility for SNCF to request a revision of commitments in the event of “changes to the competitive landscape in the train ticket distribution and passenger rail transport markets”. It was within this framework that SNCF submitted its request.

The request is based on changes to both competition and regulations that are said to have taken place in the relevant markets. The relaxing of commitments requested by SNCF involves four of the 12 commitments:

- the requirement to provide agencies and intermediaries that offer ticket booking engines with access to train ticket distribution tools;

- the restructuring of SNCF interfaces, known as Ravel, through which travel agencies are able to access SNCF information systems for train ticket sales;

- the requirement to send each new pricing table applicable to the commercialisation of the business portal Portail Entreprises to the Autorité;

- the separation of train times from ticket reservations on SNCF websites.

Public consultation conducted by the Autorité

SNCF sent a document, published online by the Autorité, detailing the reasons and the content of its request for revision.

The Autorité is inviting any interested third parties (travel agencies, train ticket booking websites, rail and urban transport operators, etc.) to submit their comments on this request by SNCF, in order to assess the changes to competition in the train ticket distribution and passenger rail transport markets and the merits of this request for revision.

Following the investigation, the Board of the Autorité will hold a hearing and issue a decision either extending or relaxing the commitments undertaken by SNCF.

The consultation is open until Wednesday 20 January 2021, 5 p.m. Contributions should be sent by email or by post to the following address:

[1] AS Voyages was created through the merger between the agencies Afat Voyages and Selectour.

See the document (In French)