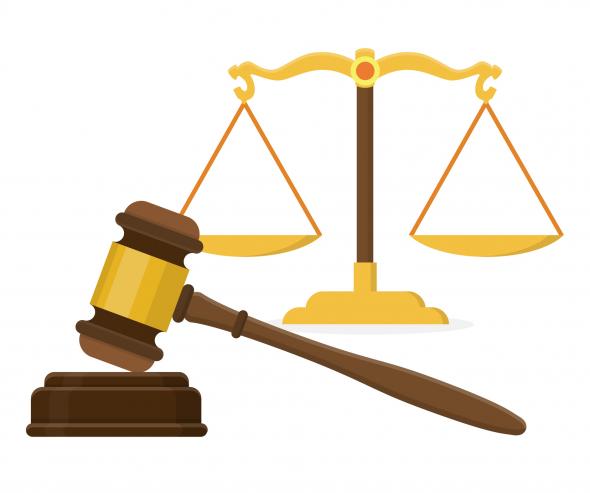 The Autorité de la concurrence publishes online the opinion submitted to the French government following the publication in the Official Journal of the French Republic of a decree on the method for setting the regulated tariffs for legal professions.

The tariffs for judicial auctioneers, commercial court registrars, court bailiffs, court-appointed administrators, court-appointed liquidators and notaries have been set by regulation according to this method.

Background of the draft decree

The draft decree has its basis in the modifications made to the French Law of 6 August 2015 (known as the “Macron Law”) by the French Law of 23 March 2019 on Planning for 2018–2022 and Justice Reform (Loi de programmation 2018–2022 et de réforme pour la justice), on the one hand, and in the recommendations formulated by the Autorité in Opinion 19-A-09 of 11 April 2019 regarding the tariffs for regulated legal professions in French overseas départements and regions.

Two recently adopted statutory provisions made it necessary to review the method for setting regulated tariffs and modify the framework of rebates that the professionals are authorised to apply.

Since the adoption of the “Macron Law”, tariffs must take into account the “relevant costs of the service performed and reasonable remuneration, defined on the basis of objective criteria”.1 The government had decided, in its Decree of 26 February 2016, to take an “act by act” approach to setting these tariffs, which involved establishing the emoluments received in exchange for each service performed on the basis of the actual costs incurred. This method proved to be unworkable due to the lack of a cost accounting system that would allow the relevant costs to be assessed with such precision.

In this context, the Law of 23 March 2019 replaced this approach with a method based on the overall profitability of the professions concerned, which should allow professionals to cover all costs incurred and receive reasonable remuneration for their “regulated activity”.

The provisions of the Decree of 26 February 2016 therefore required modification.

The Macron Law also opened up, to a greater degree than previously, the option to grant rebates “where a tariff is determined proportionally to the value of goods or a right [...] and where the base for this tariff is above a threshold” set by the Ministers of Justice and the Economy. The rebate rate applied in such a case must be “fixed, the same for everyone and within the limits set by regulation”.2

In the case of notaries, this principle of rebates being fixed and the same for everyone appeared unsuited to property transactions on very large bases (above €10 million). Until then, this type of transaction could lead to a negotiation between “the notary and their customer” to “agree upon a reduction in emoluments for the part of the remuneration” exceeding €80,000.3 As such negotiations were no longer permitted by the law, the only solution technically possible to bypass this difficulty initially involved the introduction, by regulation, of an exemption scheme for the main services concerned. These benefit from a higher maximum rebate rate (40%), which also applies from a higher base threshold (€10 million) than that under ordinary law (10% from a base of €150,000).

Over time, it however became clear that this 40% rebate mechanism did not allow the notaries concerned to be sufficiently competitive in the high-value property market, where their international competitors continued to freely set the level of their fees (transfers by private agreement of shares in property-owning companies). A parliamentary information report therefore recommended “returning to negotiability beyond a certain threshold”.4

As a result, the draft decree proposed specifying the methods for applying this reintroduction of the free negotiation of rebates “for certain services and above a certain emolument threshold”.

In Opinion 19-A-09 of 11 April 2019, the Autorité suggested performing an in-depth review of the surcharges currently applied in certain French overseas départements and regions to the benefit of notaries and court bailiffs.

Set at between +25% and +40% depending on the profession and the location, these rates seemed disproportionate in relation to the additional costs actually incurred by the offices concerned. This state of affairs, which can chiefly be explained by historical reasons, allowed certain overseas ministerial officers to receive average earnings up to three times greater than those of their colleagues in mainland France, to the detriment of consumers in the relevant départements and regions [for more details, see the proposals in Opinion 19-A-09, from page 37 onwards].

The Autorité’s recommendations and the decree finally adopted

In its Opinion, the Autorité paid particular attention to the new principles for setting tariffs and the new regulatory framework for rebates. The decree finally adopted largely followed the recommendations it made there.

The draft decree proposed a so-called “overall” approach for setting the tariffs of the professionals concerned by indicating the new methods for assessing the “relevant costs” and “reasonable remuneration”. The intention was for this latter element to be, in particular, established by reference to an income target, in turn determined “based on a reference rate, set by regulation”.

The Autorité found that the formulation used was too imprecise, which meant that this “reference rate” and income target could not be anticipated. Indeed, the draft decree was limited to indicating that the relevant ministers should “take into account [...] observed incomes and their distribution within each profession”.

The Autorité therefore issued an opinion subject to reservations regarding the method for assessing “reasonable remuneration”, the criteria for which were, in the initial draft, too imprecise, and would as a result give the ministers signing the regulations regarding tariffs too much flexibility on the matter.

It has therefore chiefly recommended that more specific details be provided regarding the methods for setting and revising the “reference rate” and “income target” in Article R. 444-7 of the French Commercial Code, on the basis of objective criteria (see proposal 1 page 35 of the opinion).

The decree finally adopted followed the recommendations formulated on this matter by the Autorité, with greater precision regarding the method for setting tariffs.

The new provisions applicable to rebates

The draft decree examined proposed replacing the cap of 10% currently planned with a 20% rate. The Autorité welcomed this measure, which it had called for on several occasions.5

The Autorité also recommended, in relation to notaries, reducing the base threshold, set by regulation, from €150,000 to €75,000, to broaden the scope of applicability. For the sale of a property at €200,000, the rebate would therefore have been €203.50, i.e. around 10% of the total emoluments due. The rebate would therefore have been five times higher than it is currently (€41).

Finally, the cap was indeed raised from 10% to 20% for rebates under ordinary law, as the Autorité had suggested [Opinions 16-A-03 and 16-A-06]. In the Regulation setting tariffs for notaries, the government however decided to set the base threshold from which this rate will be applicable at €100,000 (in comparison to €150,000 previously). If, with this threshold set at €100,000, it will not yet be possible to reach all of the effects targeted by the Autorité in its proposal, this is an important first step towards establishing the threshold of €75,000 that it recommended.

Despite the introduction of the free negotiation of rebates between the notary and their customer beyond a certain emolument threshold, the draft decree examined by the Autorité proposed maintaining the increased rebate rate (capped at 40% on base brackets above €10 million). It was also envisaged to set this threshold by regulation at €200,000.

The Autorité noted that such a choice would have harmful consequences. In addition to the fact that an eligibility threshold set at such a high level (€200,000 in comparison to €80,000 previously) would drastically restrict the scope of the property transactions concerned (around 0.02% of transactions concern bases above €25 million), maintaining the rebate mechanism at 40% would have the indirect effect of continuing to exclude all users of services eligible for this exemption scheme from the benefits of the rebate under ordinary law.

In the decree finally adopted, the reestablishment of the free negotiability of rebates beyond a fee threshold did not coincide, as the Autorité had suggested, with the abrogation of the regime derogating from rebates increased to 40%. (see proposition n°2 page 42 of the opinion). The Autorité regrets this because, paradoxically, this maintenance leads to the implementation of the Macron law leading to a less competitive situation on the markets concerned than that which existed before 1978.

Incorporating the recommendations of the Autorité (see opinion 19-A-09) , the draft decree proposed streamlining the system for setting tariff surcharges in French overseas départements and regions, providing for a “closer alignment” between the average income recorded for professionals based in overseas départements and regions, and the income target set nationally.

In its Opinion, the Autorité recommended specifying the aim and conditions of application of tariff surcharges in overseas départements and regions in the decree.

The fixing principles adopted in the decree finally adopted are at the origin of reductions, provided for by the tariff decrees of 28 February 2020, of the rates of increase of the emoluments applicable overseas, which the Autorité welcomes. These reductions will apply both to the notarial offices of the departments of Guyana (- 2 points), La Reunion (-3 points) and Mayotte (-3 points), as to the offices of the judicial officer of the departments of Guadeloupe (-1 point), Martinique (-1 point), Guyana (- 3 points) and La Réunion (-3 points), thus initiating a first rebalancing movement between the applicable rates and the additional costs actually incurred by the professionals concerned.

> Consult the Regulation of 28 February 2020 setting the regulated tariffs for notaries.

> Consult the Regulation of 28 February 2020 setting the regulated tariffs for court bailiffs.

> Consult the Regulation of 28 February 2020 setting the regulated tariffs for commercial court registrars.

> Consult the Regulation of 28 February 2020 setting the regulated tariffs for judicial auctioneers.

> Consult the Regulation of 28 February 2020 setting the regulated tariffs applicable to court-appointed administrators, court-appointed liquidators and other insolvency practitioners.

5Opinion 16-A-03 of 29 January 2016 on the draft decree on the tariffs of certain legal professionals and interprofessional funds for access to law and justice envisaged in Article 50 of the Law of 6 August 2015, points 220 to 222; Opinion 18-A-08 of 31 July 2018 on the freedom of establishment for notaries and a proposed revised map of establishment areas, together with recommendations on the pace of creation of new notary offices, points 193 to 195.