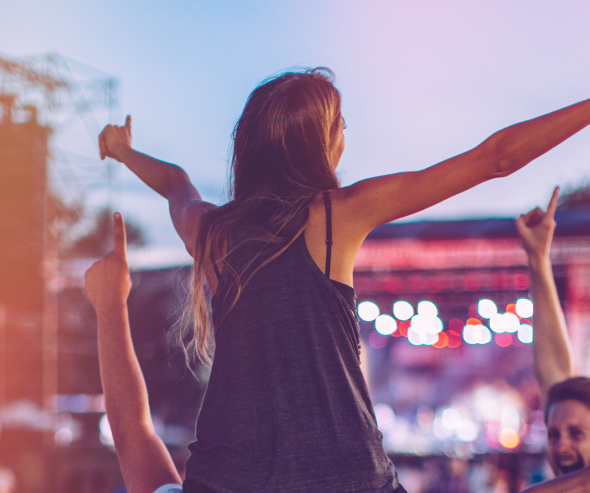 The music industry is undergoing profound transformations today: diversification of players' activities, arrivals of integrated international operators and digital platforms, in a context of health crisis which particularly affects the live entertainment sector.

The Autorité specifies the intervention tools in its possession to preserve the competitive efficiency of the sector.

Referred by the National Assembly’s Cultural Affairs and Education Committee, The Autorité was asked to give an opinion on the contemporary music sector. The Autorité was questioned about the existence of a phenomenon of concentration in the contemporary music sector and the risk of the emergence of dominant positions with, as a corollary, a potential harm on cultural diversity.

In this regard, the Autorité noted that the contemporary music sector, whose particularities derive in particular from the diversity of the players that constitute it, the plurality of economic models and the involvement of local authorities and the State, has undergone significant changes in recent years.

These structuring evolutions mainly stem from two logics: on the one hand, a movement of diversification of the traditional players of recorded music and / or live entertainment towards other professions within the sector, and on the other hand, the arrival in the live entertainment sector in France of international operators.

These strategies appear to be guided by the need to diversify the sources of income of these players, but they also make it possible to support artists during their career in various activities (musical or not) and allow them to develop their artistic project in a global way. With regard to the majors of the recording industry, this movement has resulted in the acquisition and / or the launch of structures dedicated to the production of shows and the organisation of festivals, as well as the operation of shows and ticketing management.

Already present in the distribution and broadcasting of recorded music, digital platforms (Apple, Google, Amazon) could also play a growing role in the show given the strengths they have to enter this sector if they so decide.

In addition to these various structural changes, live entertainment is particularly affected today by the Covid-19 health crisis following the closures of performance halls and the cancellation of festivals and concerts. This crisis could lead to other upheavals in the sector, such as consolidation transactions.

At the end of its analysis, the Autorité considers that it has the tools that would allow it to intervene, if necessary, on the level of concentration of the sector within the framework of its ex-ante powers in the area of ​​merger control. These powers may in particular be exercised in the event of a significant acquisition exceeding the applicable turnover thresholds. In addition to these powers, the Autorité has ex-post intervention powers to identify and put an end to any anti-competitive practices (abuse of a dominant position that may result from exclusivity clauses or tied sales, for example).

The repertoires grouped under the term contemporary music

Contemporary music is a concept used by public authorities since the 1990s, which designates a set made up of 4 musical genres:

Referral to the National Assembly’s Cultural Affairs and Education Committee

The National Assembly's Cultural Affairs and Education Committee referred to the Autorité de la concurrence for an opinion on current developments in the contemporary music sector, and in particular in live entertainment. It noted in its referral "a phenomenon of concentration which affects concert halls and current music festivals, but also ticketing or the production of artists", and questioned the Authorité on a "risk of emergence of dominant positions, and in artistic matters, a risk for creative and cultural diversity”.

Transformation movements in the musical sector

Two decades that have upset the sector

The music industry has undergone major upheavals over the past 20 years, notably under the effect of the digital revolution.

On the one hand, the Autorité has observed an evolution in the practices and methods of listening to recorded music. Thus, in the context of the “record industry crisis”, the recorded music sector in France experienced a significant drop in its turnover between 2000 and 2010, which was halved, from nearly one billion euros to 554 million euros. Since 2015, however, the sector has again experienced a phase of growth which can be explained in particular by the development of music recorded in digital form.

The recording industry is part of a dynamic of digitisation of uses, marked by the development of specialized (Spotify, Deezer, Apple) or more generalist (YouTube, Dailymotion) listening platforms. In 2013, 70% of music sales were made in physical media. In 2020, the ratio was reversed: streaming accounts for almost 70% of total music sales.

On the other hand, the development of digital techniques and services has led to an evolution in the relationship between record companies and artists, by allowing the latter to have direct access to production, distribution and promotion capacities, through social networks for example.

In view of these new circumstances, operators have had to look for growth drivers. The record companies, mainly, have thus started to extend their field of activity, in particular in the field of live entertainment, by acquiring or launching structures dedicated to the production of shows, the organisation of festivals, the operation of concert halls and ticketing management.

These logics of vertical integration have enabled certain players to be present simultaneously across the entire value chain of the sector. Thus, the Vivendi group, which owns the Universal Music record company, produces shows and festivals (Brive festival, Les Déferlantes, Garorock) via Olympia Production, operates the Olympia concert hall in Paris, and carries out ticketing activities via See Tickets (formerly Digitick). This strategy can also be seen at Warner Music, which, with its company Décibels Productions, is developing "touring" activities (production, organisation and concerts promotion). Similarly, Sony Music produces shows and tours with its subsidiary Arachnée Productions and organises the We Love Green festival in Paris through its participation in the organising company WLG.

This vertical integration strategy concerns both independent labels, such as Wagram Music and Because, as well as theater operators, such as the Fimalac group (which operates the Pleyel hall in particular, and Zénith and "Arenas" type of halls) which have joined forces with one another for a few years in the production of shows or developing other activities such as ticketing management, managing the artist's world, using an artist's image to showcase products or brands.

A few players in the audiovisual and media sector have also entered the contemporary music sector, such as Lagardère and Morgane Production, which have developed an activity of operating venues and/or organising shows, as well as TF1, which produces certain artists, via its subsidiary Play Two. This diversification could allow synergies between different activities (production, operation of media and venues).

The development in France of international players (Live Nation and AEG)

Beyond the diversification of players in the music industry, the Autorité has observed the significant development of international players in France, in particular the Live Nation and Anschutz Entertainment Group ("AEG") groups, which have notably created or taken participations in the organisation of major festivals (Lollapalooza in Paris, Main Square in Arras, in particular for Live Nation) and the operation of venues (Accor Arena - formerly Palais omnisport de Paris Bercy - in the case of AEG).

Live Nation, the leading musical actor in the organisation of shows, organizes 40,000 shows around the world for more than 5,000 artists such as Metallica, Ariana Grande, Pink or Bon Jovi, as well as over a hundred festivals. It also operates theaters and the Ticketmaster ticket office, the second largest operator in the sector in France after Fnac. For its part, AEG produces shows for artists such as the Rolling Stones, Taylor Swift, Bruno Mars, Enrique Iglesias, Céline Dion, Ed Sheeran and organises festivals like Rock en Seine in France. AEG is also active in the operation of more than 300 venues around the world. In particular, it operates the O2 Arena in London, The Colosseum at Caesar Palace in Las Vegas, the Tele2 Arena in Stockholm and even the Mercedes Platz in Berlin, as well as dozens of “Arena” type venues around the world.

The development of platforms in the music industry

GAFA, for their part, have become major players in the music sector through their activity of distributing recorded music and broadcasting videos. Their respective weights and strategies in this area differ significantly. Google carries considerable weight through the exploitation of YouTube, the platform on which 76 million music videos are viewed every day in France. For its part, Apple has developed iTunes, its online music download store. In addition, Apple and Amazon are developing their music streaming services: Apple Music and Amazon Music Unlimited. Finally, Facebook has launched a Music Videos service outside Europe that hosts music videos. Its Instagram platform is used by many artists to promote their activity.

Some platforms have also developed some activities in the live field which are still marginal today. In terms of live shows, Facebook thus makes it possible to organise performances, which can be musical, live thanks to the live streaming functionality ("livestream"). Likewise, Google offers artists the ability to stream content live, through its YouTube service. In addition, the Tik Tok platform, edited by ByteDance, also allows live broadcasting of musical content and has quickly gained a significant share, particularly with regard to younger audiences.

The profound transformations at work in the sector have given rise to fears of various kinds among actors and public authorities. In this regard, the Autorité recalls that the reflections relating to the impact of the developments identified by the opinion on the diversity and pluralism of artistic creation are primarily the responsibility of the authorities and bodies responsible for cultural policy, at the national and local level.

The Autorité has intervention tools to ensure that notifiable mergers in the sector do not harm competition.

It can also intervene when anticompetitive practices are identified (ex post intervention).

In this case, the Autorité or the European Commission would therefore have to decide to clear, subject to conditions or even block such a transaction. As part of its analysis, the Autorité (the Commission where applicable) is required to examine any anticompetitive effects generated by the transaction. It also takes into account any efficiency gains that may result, such as economies of scale or scope effects. For example, the Autorité examined the takeover of Deezer by The Access Industries[1] and the joint takeover of Kyro Concept, ticketing IT manager, by Fimalac and Fnac[2].

Finally, the Autorité has the means of action within the framework of its powers in the repression of anticompetitive practices. It may thus be required to sanction cartels or abuses of a dominant position that it has identified, and restore competition in the markets. In 2012, the Autorité, for example, fined ticket offices Fnac, its subsidiary France Billet and Ticketnet 9.3 million euros for two cartel practices: joint pricing of commissions charged to show organisers to market show tickets and consultation to prevent a competitor from entering the market (Digitick).