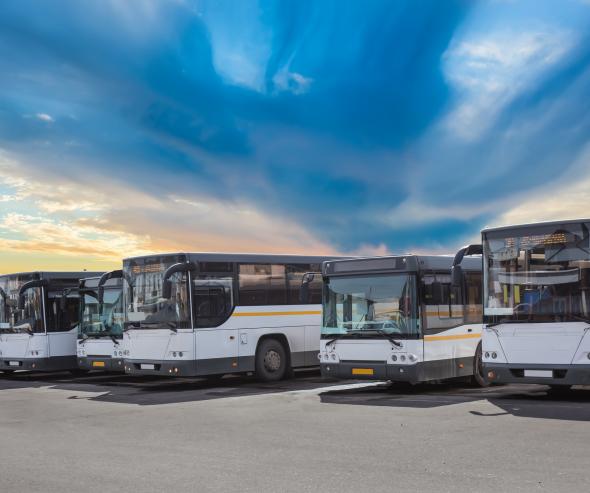 Following a referral by the Île-de-France Transport Trade Association, also known as Île-de-France Mobilités (IDFM), the Autorité de la concurrence is issuing an opinion on the conditions for implementing the opening up bus networks in 2021 in the middle and outer rings of Greater Paris (OPTILE network) to competition. They had previously been assigned to private transport operators by IDFM by simple appointment.

This process of opening up to competition is part of a wider process, resulting from European law, which must lead to the bus network now under a RATP monopoly being opened up to competition from 1 January 2025.

Although IDFM has already implemented measures promoting an open process for the OPTILE network’s competitive bidding approach (takeover of strategic bus depots and the outgoing operators’ vehicle fleet in order to make them available to bidding operators), the Autorité has made some complementary recommendations regarding the organisation of calls to tender, the transfer of resources and data access in order to further strengthen the system.

The Law of 8 December 2009 relating to the Organisation and Regulation of Rail Transport (ORTF), in application of European Regulation of 23 October 2007[1], plans the opening up to competition, the operation of bus lines. The process of opening up to competition is gradual, with two phases planned: in 2021 for the bus lines in the middle and outer rings of Greater Paris (Optile network), in 2025 for the Paris bus network.

The Optile network brings together all private passenger transport companies operating regular bus lines listed in the Île-de-France regional transport plan. It has 79 members including Keolis and RATP Dev, which are subsidiaries of the SNCF and RATP respectively. The Optile network lines primarily serve the middle and outer rings of Greater Paris, representing 90% of municipalities in Île-de-France and 6 million residents.

IDFM considers that when tendering for concession contracts in the Optile network, RATP Dev and Keolis could be reproached for having competitive advantages linked to the fact that they belong to the RATP and SNCF groups respectively. Moreover, in order to “ensure an open and non-discriminatory procedure”, the Île-de-France Transport Trade Association, now Île-de-France Mobilités, contacted the Autorité with the aim of “securing future public service delegation agreements in the OPTILE network”.

Risks identified and recommendations made by the Autorité

The competition conditions could be affected by the conditions under which the calls for tenders are organised, the imperfect distribution of the main operating resources to future concessionaries and the relative transparency of data useful for bidders to be able to respond suitably to calls for tender. The Autorité is therefore issuing various recommendations on the organisation of calls for tender, the transfer of resources and data access.

The rate at which calls for tender are issued

Since its launch in February 2018, the competitive bidding process has led to a high concentration of announcements of contract information throughout the year prior to the effective opening up to competition. The concentration of calls for tender and a fast-paced process in the second half of 2020 is likely to limit the response capacity of some operators which do not have the resources to respond to multiple calls for tender at the same time. The rate at which calls for tender are issued could therefore be a sort of barrier to entry for some operators.

the Autorité recommends that the competitive bidding process be better spread out over time (avoid having too many simultaneous lots, for example 4, out of the 39 lots to be competed).

Anticipation of calls for tender by operators

Most operators have identified difficulties in responding to these successive calls for tender, linked to a lack of foresight over competitive bidding launch dates and the resulting operations. Time phasing can require operators to continuously mobilise bidding teams, which smaller operators cannot do, and must therefore exclude themselves from the competition for a significant proportion of lots and only mobilise their resources for a restricted number of lots, below what could have been planned.

the Autorité recommends that IDFM organise, sufficiently early, the announcement of lots open to competitive bidding (which requires the advanced distribution of data on their volume) and that it publishes a six-month provisional schedule of upcoming calls for tender.

Bus depots are sites where buses and coaches are stored. IDFM has identified strategic depots in industrial zones where land constraints are high, which gives those who own them a key competitive advantage. In order to promote competition, IDFM has planned to acquire around sixty of these strategic sites to make them available to the new concessionaries.

The takeover of depots considered essential by IDFM erases any risk of an abuse of dominant position due to a company holding such infrastructure refusing access as these companies no longer own them.

Nevertheless, the Autorité calls IDFM’s attention to lots for which no strategic depot will be made available, but for which some outgoing operators have a depot that could give them an advantage during the bidding process and then operation.

Moreover, it appears that in some geographical sectors, depots need to be built. In this case, IDFM might acquire or lease land made available to the concessionary, which will then need to pay for construction of a new depot. The concessionary can also acquire or lease land themselves before building the depot. Given land-use tension and the minimum duration of depot construction (approximately two years), this period appears incompatible with the 6-month period planned between assignment of the delegation and launch of operations. This situation can favour the current operators in possession of such infrastructure and disfavour new bidders.

Similarly, by making successful bidders responsible for looking for and obtaining land, the call for tenders procedure leads to a certain extent in favour of outgoing operators, holders of the land of deposits not taken back by IDFM. It goes the same with the subsidiaries of large public groups which could benefit from special conditions for obtaining land reserves that belong to the SNFC or RATP (leverage effect).

the Autorité invites IDFM to:

-continue its policy of taking over strategic but also non-strategic depots in order to reduce any risk of advantage associated with exclusive ownership of such infrastructure.

-look for any successful bidder is assigned at least one strategic depot per lot.

-re-examine all provisions associated with providing land or building a depot.

IDFM has planned to purchase the entire vehicle fleet required to perform the services from the companies currently operating lines subject to a competitive bidding approach and to make them available to the operators selected.

This purchase and supply to incoming bidders, implemented by IDFM, is an important part of the opening process of the sector to competition: it ensures that outgoing and potential incoming operators will have the same conditions. 5,000 vehicles across all lots are concerned, and ot could be difficult for operators to acquire them between assignment of the contracts and their start date on 1 January 2021.

the Autorité encourages IDFM to continue to purchase vehicles and recommends that it states the number and characteristics of the vehicles (size, bus or coach, engine type, etc.) that will be made available to the operators which are assigned contracts. An inventory should be established with the outgoing transport companies. IDFM must ensure the proper provision of the necessary information.

The Autorité has observed that the applicants require significant quantities of data to draw up their bids. It considers that IDFM must organise how this information is made available to ensure that all applicants have access to reliable, transparent and exhaustive information.

This point is furthermore important by the fact that those in possession of this information, potentially bidders, may be either outgoing operators that hold said information exclusively due to their link to the operating resources, or operators affiliated with the two public groups, which could, for this reason, benefit from special access to data relating to exercise of the monopoly.

The automatic staff transfer established by IDFM is a major competitive concern as it allows any winning bidder to take over the staff assigned to operating the lines of the allotted network, without having to recruit rare resources. For reasons of fairness between the outgoing and incoming operators, any applicants must be fully informed of the obligations of staff takeover, which are inherent to the operator change.

the Autorité recommends that operators provide IDFM with essential information about their workforce, such as the number of employees, contract types, various social benefits, employee experience, seniority and qualifications.

As technical manager of the Greater Paris (Grand Paris) public transport network (metro and RER), RATP is in possession of an advantage, which could benefit RATP Dev operator with regard to strategic information about the progress and characteristics of this project. The Greater Paris transport network project which is to impact other road transport networks in the Île-de-France region (organisation of connections, passenger information, etc.). Data on the progress of the Grand Paris project therefore can be useful to observe the probable changes to modes of transport in the Paris region and on the volumes transported, from a candidate's perspective.

the Autorité recommends that data on the scheduled progress of the Grand Paris project from Société du Grand Paris be shared in real time and as open data by IDFM.

Furthermore, the RATP proposes its own journey planner for users, which tends to guide passengers towards public transport services operated by the RATP group. The competing operators for their part use a journey planner (Vianavigo) provided by IDFM. This is used today less by users but guarantees the transparency of data provided and ensures neutrality with regard to transport operators.

The Autorité recommends that IDFM advertises its own journey planner more widely.

Keolis may, due to its ties to the SNCF, enjoy special access to provisional annual timetables and timetabling changes during the year, associated with maintenance work on railway lines. This situation could allow them to implement efficient connections between urban transport networks and the SNCF.

The SNCF manages railway stations via its Gares et Connexions subsidiary, which assigns spaces in stations. It could favour its subsidiary KEOLIS for the implementation of information points (signage and organisation of urban and inter-urban transport) and ticket sale points in stations.

The Autorité recommends providing sustained open data access to information from the catalogue listing station services accessible to any operator and the cost of said services.