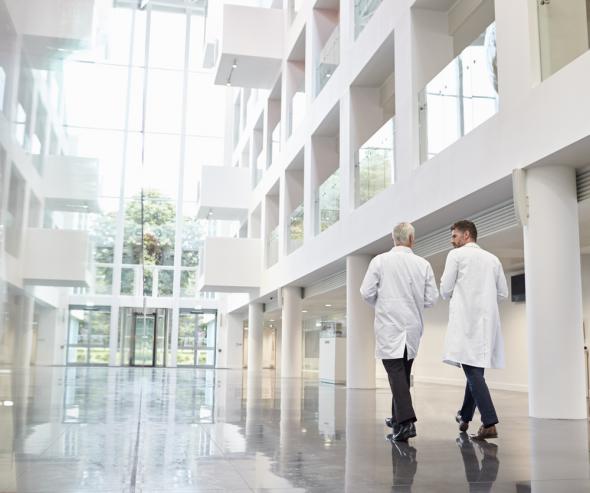 Basing its work on a broad consultation of operators in the sector (market tests, survey of private practitioners, hearings), the Autorité has identified three main risks of harm to competition in the markets for healthcare and the provision of infrastructure for private practitioners

Following the transaction, Elsan will have significant positions in a number of medical specialities, particularly in the areas around HSM's facilities.

However, the investigation brought to light Elsan's plan to close the Clinique Kennedy after the transaction in order to transfer its activities to the sites of the Polyclinique Grand Sud and the Hôpital Privé les Franciscaines, owned by HSM, without there being any certainty that the activities would be transferred in whole or in part.

A partial transfer, however, which implies abandoning certain activities, would result in a reduction of the healthcare offering in the areas concerned (Nîmes), to the detriment of patients.

The transaction presents a risk of rate increases and a deterioration in the quality of ancillary services (mainly access to a private room, television and Wi-Fi). The risk results in particular from the disappearance of the significant competitive pressure that the facilities of the parties exerted on each other prior to the transaction.

During the investigation, Elsan demonstrated that the transaction, and specifically the transfer of the Clinique Kennedy maternity ward to the Polyclinique Grand Sud site, will contribute to the quality and safety of obstetric care. Uniting the maternity hospitals will enable the facility to cross one of the thresholds for the number of births per year provided for in Article D. 6124-44 of the French Public Health Code (Code de la santé publique) and above which a health facility is obliged to enhance the human resources devoted to the safety of patients and newborns (see inset below).

The Autorité has however taken the view that the gains demonstrated by Elsan are not sufficient to offset all the identified problems of competition, particularly as regards the provision of ancillary services, which is not specific to obstetrics alone.

The commitments make it possible to address the competition concerns while preserving the efficiency gains for patients linked to the consolidation of the Clinique Kennedy's activities at HSM's sites in Nîmes.

In order to address the competition concerns, Elsan submitted a mixed commitment proposal, which includes structural and behavioural components.

Elsan commits to transfer the entire activity of Clinique Kennedy to the sites of the Polyclinique Grand Sud and the Hôpital Privé les Franciscaines. In addition, Elsan shall maintain all of the activities of these two facilities, including those transferred from Clinique Kennedy, until 6 March 2028.

In substance, Elsan commits, at the very least, to maintain the standard of quality and content of ancillary services offered without increasing the price above the level of inflation.

Elsan commits not to include exclusivity clauses in the contracts between the facilities concerned by the transaction and private practitioners unless this exclusivity is reciprocal and does not prevent the practitioner from carrying out shifts with some public facilities.

In the course of the investigation, the Autorité held discussions with several administrations responsible for monitoring the quality of healthcare that confirmed the positive link between the volume of procedures performed and the quality of healthcare provided for certain specialities, particularly obstetrics. The link may have led the public authorities to define thresholds that directly influence the level of safety measures.

In this case, the transaction will eventually result in the Polyclinique Grand Sud crossing the threshold of 1,500 births per year - to nearly 2,400 births (compared to less than 1,400 at present and less than 1,000 at the Clinique Kennedy) - which, under Article D. 6124-44 of the French Public Health Code, requires the presence of a gynaecologist-obstetrician and an anaesthetist in the facility 24/7, 365 days a year. In addition, a paediatrician must be available on standby duty.