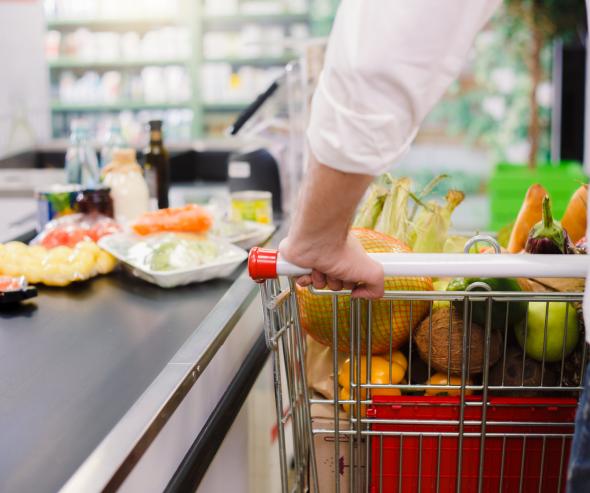 On 24 January 2020, Groupe Bernard Hayot (GBH) notified the Autorité de la concurrence of its acquisition of sole control of Vindémia Group, which comprises the subsidiaries of the Casino group (Jumbo, Score, Vival, etc.) in La Réunion, Mayotte, Madagascar and Mauritius.

A huge transaction in the retail sector in Overseas France

Given the particularly extensive reach of this merger-acquisition transaction, in terms of turnover and the number of stores involved, the Autorité decided to conduct a specific rigorous investigation. A team of investigators, led by the Head of the Mergers Unit, travelled to La Réunion in November 2019, even before the acquisition had been notified, to hold interviews in person with the operators involved and all the different stakeholders (competing retailers, suppliers, consumer protection associations , etc.), as well as with the institutional partners: the Observatory of Prices, Margins and Revenues (OPMR), the prefecture, regional council and Members of Parliament, etc. In addition to these interviews and hearings, a series of market tests was held to consult all the stakeholders affected by the transaction about the impact it might have on them (suppliers, competing retailers, consumer protection associations, etc.).
The Autorité received, during its investigation, numerous responses to the market test, and also took into account the analyses and reports sent to it by certain actors.

The companies involved in the transaction

In La Réunion, GBH operates in food retail (Carrefour) and non-food retail, in the fast food sector (Brioche Dorée) and automobile retail. The group also works in the wholesale markets, mainly as a food wholesaler-importer through the intermediaries of Bamyrex and Sorelait. GBH also has holdings holds a logistics hub and a central purchasing office through Bamappro and Ficarex, as well as a reference listing centre run via Profima Réunion. The group also produces dairy products, through the intermediary of Sorelait. In La Réunion, GBH also operates DIY stores under the name "Mr Bricolage" and sports stores under the "Décathlon" brand.

In La Réunion, the Vindémia Group operates in the mainly food and non-food retail sectors. Vindémia operates seven hypermarkets and fourteen supermarkets, under the names Jumbo Score and Score respectively, as well as five cash and carry stores under the Supercash name. A further four Score stores, two supermarkets and two mini-markets, are run by independent retailers via a franchise network.

Vindémia also manages, through the Proxishop company, a network of fifty-three local stores run under a Vival franchise. Vindémia also works in the predominantly food wholesale markets, as a wholesaler-importer, through the intermediary company, SDCOM. The group also has holdings in a logistics hub, a central purchasing office and a reference listing centre run via Vindémia Logistique. The Vindémia Group is also present in the non-food retail markets, with one store under the name Agora, another store under the name Espace Garden, and five stores under master-franchise contract with Fnac.

Following an exhaustive examination[1] of the dossier, the Autorité identified potential anticompetitive effects on competition in the predominantly food retail and book retail sectors, as well as in the upstream supply market.

In the food retail market, the Autorité de la concurrence considered that the transaction risked having significant consequences on competition in ten catchment areas. In these areas, consumers were likely to have no satisfactory choice between competing retailers after the transaction.

The Autorité reached the same conclusion in the case of the book retail market in the areas of Saint-Benoît and Saint-André.

In the supply market, the Autorité found that the transaction was likely to make certain local suppliers even more economically dependent on the parties to the transaction.

As a result of its analysis, the Autorité formed the opinion that, unless remedies were undertaken, the transaction would have anti-competitive effects.

To address the competition issues identified by the Autorité, GBH undertook to take action to remedy the situation prior to going ahead with the transaction (i.e. "fix-it-first" undertakings), by divesting seven stores to two buyers, namely Make Distribution and the Tak Group, subject to prior approval by the Autorité.

To remedy the risk of anticompetitive effects identified by the Autorité, GBH submitted a series of undertakings, or remedies, which adequately and proportionately address the competition concerns regarding the need to stimulate and sustain competition in the interests of the consumer.

The Autorité examined whether or not these buyers had the resources to take over the stores divested and build sustainable competition in the retail market. Following assessment, these two companies appeared to be credible players with the means to be effective competitors. The Autorité therefore deemed that these buyers could be approved to take over the divested stores.

Identifying buyers for the assets in question before the transaction means that the commitment allows an early resolution for competition issues. This type of undertaking called “fix-it-first” reduces uncertainty and shortens the implementation period, by cutting the time needed for the notifying company to find buyers, and the time needed by the Autorité to approve the buyers. It also means that consumers can enjoy the benefits of price diversity due to the arrival of a new retailer at an earlier date.

GBH then undertook a series of behavioural remedies, because they imply that the company acts in a determined direction, aimed at protecting "upstream" suppliers from potential harm to their competitive situation as a result of the deal. GBH has thus undertaken to:

- set up an internal procedure designed, firstly, to identify contracting partners liable to be in a state of economic dependency, and, secondly, to support these suppliers in shaking off such dependency if they so wish;

- stipulate in its contracts with its suppliers a provision specifically designed to protect them from any risk of negative effects for contracting partners identified as liable to be economically dependent on GBH and which expressly request this in writing, enabling them to sign contracts for a period of two years rather than one year. These remedies to protect suppliers are unprecedented in the Autorité's decision-making experience.

In view of all the undertakings offered, and believing that they do remedy all the competition issues that had been identified, the Autorité cleared the transaction.

[1] The decision was made in application of the procedure under ordinary law for clearing mergers (referred to as "Phase 1"), as are almost all decisions regarding mergers that are examined by the Autorité. Phase 1 decisions may apply to often very complex transactions, especially when the parties are willing to actively cooperate to resolve any competition issues that are identified by proposing appropriate remedies.

What is a "fix-it-first" undertaking?

In principle, a fix-it-first undertaking consists in identifying and approving buyers for assets that need to be divested (in this case, Make Distribution and the Tak Group) before the Autorité issues a decision on whether or not to clear a merger.

The Autorité has had recourse to fix-it-first remedies on three previous occasions:

Implementing a fix-it-first remedy reduces uncertainty and shortens the implementation period, since it cuts out the time needed to find and approve of buyers.

The use of an early resolution commitment or "fix it first" is particularly protective with regard to the competitive situation: the problem of harm to competition is in fact settled before the completion of the merger, when usually the sales of activities occur several months after the latter, and suppose a period of research and approval of the buyers.