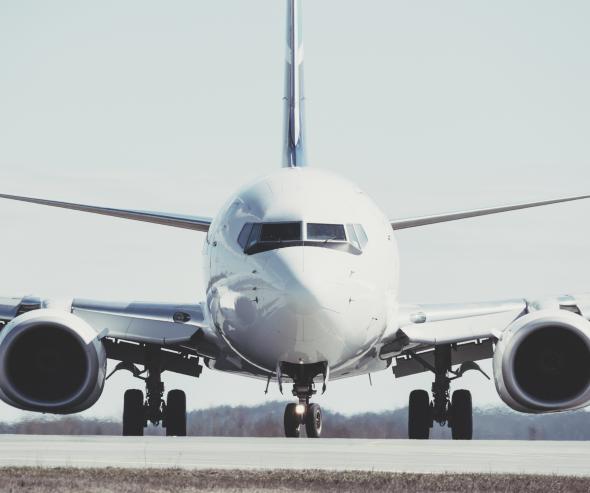 Failure to refund cancelled flights: the Autorité de la concurrence rejects the complaint by travel agencies on the basis that there is no evidence of anticompetitive practices.

The Autorité's decision should not prejudge the compatibility of practices with European Regulation No. 261/2004 defining the rights of passengers in the event of flight cancellation.

The cooperative Cediv Travel, which specialises in tourism and travel, along with member travel agencies, lodged a complaint with the Autorité de la concurrence for practices implemented by several airlines, which consisted in omitting to issue refunds for flights cancelled as a result of the COVID-19 epidemic and imposing the acceptance of credit on passengers. They attached a request for interim measures to their complaint.

The practices attributed to the airlines by the agencies

The travel agencies reproached 90 airlines, both members and non-members of the International Air Transport Association (IATA)[1], for having concerted to no longer issue refunds for cancelled ‘seat-only services’[2] booked through travel agencies. They allege that, since 17 March 2020, these companies have, in a coordinated manner and under the aegis of IATA, ceased to comply with the requirement to offer refunds for flights cancelled as a result of the coronavirus crisis and instead imposed credit, to the detriment of travel agencies and their customers. They argue that these practices constitute an anticompetitive agreement.

They consider that these facts are also likely to qualify as abuse of a collective dominant position and abuse of a situation of economic dependency.

After examining the case, the Autorité considered that the information provided by the travel agencies and Cediv Travel did not suffice to prove that a form of concerted practices had been implemented between airlines on the terms and conditions for the reimbursement of cancelled flights. Nor did the evidence in the case suggest that IATA acted directly on the operation of the Billing Settlement Plan (BSP[3]) that centralises financial exchanges between travel agencies and airlines, in order to impose credit on passengers, as alleged by the complainants.

It does however appear that the refund policy of each airline has frequently changed since the beginning of the COVID-19 health crisis, both with regard to the terms of refunds and to the form of the credit offered (validity period, terms of use, etc.). The company Air France, for example, initially offered credit notes and then issued refunds from May 2020. Thus, the alleged parallel conduct, which in reality was very inconsistent, appears to be the result of autonomous individual responses by airlines, all of which were faced with the same major economic shock caused by the COVID-19 health crisis. The reported practices cannot therefore be described as an anticompetitive agreement.

It has not, however, been excluded that some airlines may have failed to fulfil their obligation under European Regulation No. 261/2004 vis-à-vis passengers, notably regarding their rights to obtain a refund for cancelled flights. It has also not been excluded that they may have imposed credit on passengers.

The assessment of the compliance of such conduct with the European Regulation does not fall within the jurisdiction of the Autorité de la concurrence, which is responsible for ensuring compliance with competition law, but rather that of the Directorate General for Civil Aviation (DGAC) for flights to and from French airports.

[1] IATA is a trade association for airlines, which currently comprises around 290 members around the world. IATA adopts resolutions that standardise certain practices and apply to all members, in particular with regard to their relations with travel agencies.

[2] A seat-only service is a plane ticket sold alone, without any other services, including accommodation.

[3] The BSP, set up by IATA, automates the collection and distribution of funds owed by accredited travel agencies.

In the event of a problem relating to the cancellation of a seat-only service, passengers may in the first instance, consult the DGCCRF website for all information regarding their rights and the various means of reaching an amicable or judicial settlement in the event of a dispute with an air transport operator.

In the event that the amicable settlement of the dispute fails, travellers can also refer the matter to the DGAC, which is responsible for the application of Regulation (EC) No 261/2004 in France and can impose administrative sanctions against airlines. All useful information is presented on the dedicated website of the Ministry for Ecological Transition.