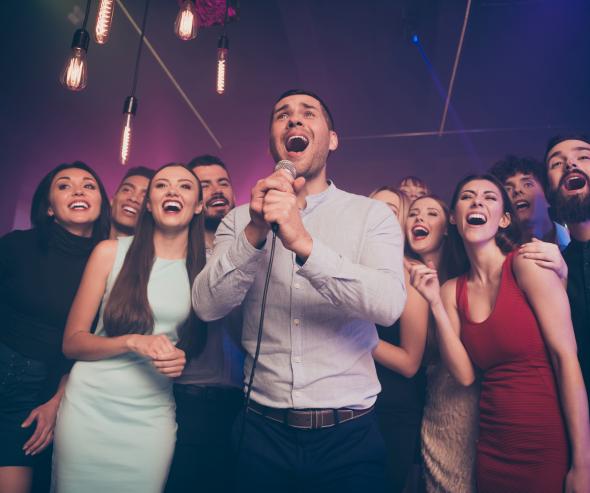 Singing Studio, which operates two establishments specialising in karaoke in Lille and Paris, has referred practices implemented by the Karafun group to the Autorité de la concurrence. Karafun group produces and distributes karaoke videos and owns two karaoke establishments in Lille and Brussels. In recent years, establishments such as those operated by Singing Studio or Karafun, have been offering karaoke activity in private rooms. In Singing Studio's establishments, songs in French represent over half of the videos played and a customer sings at least five songs in French during one session. The most requested titles include the repertoires of Michel Sardou (notably " Les lacs du Connemara"), Francis Cabrel, Michel Berger, Aya Nakamura and Stromae. Karafun is a major player in the sector, especially for songs in French language.

Singing Studio criticised Karafun for brutally changing its terms of sale in July 2019, by refusing to sell it single videos as it had done until then, and offering a subscription at a rate considered abusive and discriminatory. Singing Studio also maintained that Karafun group refused to provide it with certain karaoke songs, the most requested by customers, by reserving them for its own establishments, the “Karafun Bar”. By doing so, Karafun would have wanted to put Singing Studio in a difficult situation, or even to eliminate it from the market, in order to get customers back to the Karafun Bar.

Along with its referral into the merits of the case, Singing Studio had requested urgent interim measures.

The Autorité considered that the referral was lacking evidence

The Autorité noted that Karafun could hold a dominant position in a market for the design of karaoke song videos in French. However, it found that by refusing, from July 2019, to continue to sell single videos to Singing Studio, Karafun only terminated agreements that violated its general terms of sale. The subscription offer made to Singing Studio is, moreover, in line with the commercial policy practiced with regard to all karaoke professionals. Regarding the subscription price, there is nothing in the case to demonstrate that the price charged with regard to Singing Studio is a discriminatory or abusive price.

Furthermore, there is nothing in the case to establish that the subscription sales and the technical characteristics of those subscriptions were implemented to "lock" the market or putting competing karaoke establishments in a difficult situation.

Finally, Singing Studio's allegations that Karafun reserves the most requested titles for itself are groundless. The case shows that the video catalog is the same for all customers and that Karafun does not reserve any titles for its own establishments.

In view of these elements, the Autorité rejected Singing Studio’s referral and subsequently the request for urgent interim measures.