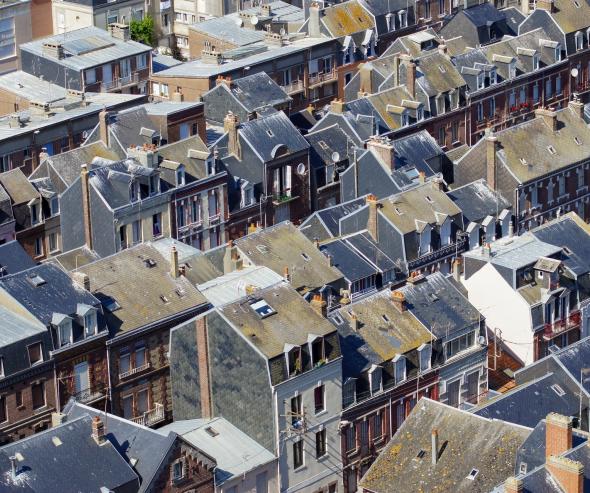 Informed of the existence of criminal proceedings initiated before the Rouen Regional Court against the directors of undertakings for having participated in cartels involving the restoration of historic monuments, the Conseil de la concurrence, the predecessor of the Autorité de la concurrence, began an investigation of the file’s competitive aspects in 2007.

The Autorité issues today a decision in which it fines 14 undertakings a total of 10 million Euros for having shared almost all public markets for the restoration of historic monuments (churches, cathedrals, abbeys, castles, city heritage sites…) in three French regions Basse-Normandie, Haute-Normandie and Picardie.

The undertakings shared out restoration sites and organised cover bids

On the basis of the elements provided by the criminal court judge (hearings, seized documents, telephone recordings) the Autorité found that the undertakings organized « roundtables » during which the companies shared out the regional restoration building markets after consulting the annual scheduling prepared by the Direction régionale des affaires culturelles, DRAC1 . Ten of the 20 leading French companies in the sector took part in these cartels.

The aim was to share all the region’s restoration building sites between the local companies. Each one expressed its « wishes » and obtained a share of the annual amount of the DRAC markets.

This sharing had a geographical rationale,  with undertakings favoring sites located close to their own location in order to limit costs, as well as a rationale based on the company’s history, with each one remaining on the monument upon which it was accustomed to working. The undertakings activity level – i.e. the markets already obtained - and future consultations were also taken into account.

The undertakings used to exchanging information before bidding in order to “orchestrate” the cartels and thereby guarantee the awarding of the contract as had been decided. Cover bids were also solicited from undertakings outside of the region, notably in an effort to “inflate the numbers” and thereby to provide the contracting authority with what appeared to be a high degree of competition. In “exchange for this service”, the latter were then covered in turn within their respective regions.

These practices drove up the price of the bids

In the sector, these practices were « a tradition », according to many directors. The evidence gathered shows that the three local cartels have been in place for at least five years in Haute-Normandie (from April 1997 to February 2002), more than four years in Basse-Normandie (from December 1997 to February 2002) and nearly four years in Picardie (from February 1998 to October 2001), which thereby serve to artificially inflate the amount of the bids.

As soon as these cartels were dismantled, the price for the services offered by the same undertakings dropped significantly (by an average of more than 20%).

By distorting competition on almost all restoration sites in these regions2, the companies had a strong effect on the public accounts, as the contracting authorities were primarily the State, sometimes on behalf of individuals or local administrations.

Taking into account those elements, the Autorité decided to impose financial penalties. When determining them, the Autorité de la concurrence considered the severity of the practices in question, the scope of the damage to the economy and each company’s individual situation (notably the length of its participation in the cartel). For three of them (Pradeau Morin, Lanfry and Coefficient), it granted a reduction of the penalty of between 10 and 20% for not having disputed the objections and for having assumed commitments likely to prevent the implementation of such practices in the future.

A surveying firm has also been fined

The consultancy firm Coefficient is fined 158 400 € for having prepared, between 1998 and 2002, on behalf of the Lefèvre company and of its subsidiaries, price schedules intended for the preparation of false estimates and cover bids.

Intended to punish violators of competition rules and to dissuade them from re-offending, in the interest of guaranteeing economic public order, fines are collected for the benefit of the Public treasury. However, public authorities and private persons who have been the cartel’s victims, are entitled to seek reparation for the losses sustained in the competent courts

1Regional Directorate for cultural affairs.
2The participants of the cartel implemented in Haute-Normandie held almost all of the contracts in this region ; and the firms involved in the cartels set up in Basse-Normandie and in Picardie held more than 90 % of them.