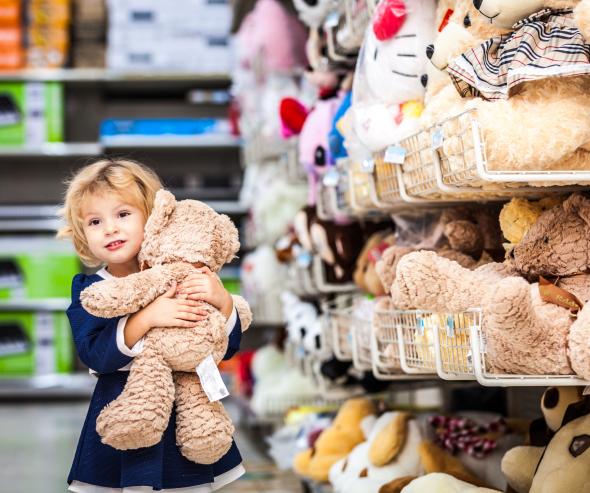 On 29 July 2020, Fijace and its subsidiary New MT notified the Autorité de la concurrence of their plan to acquire 95 points of sale operated under the Maxi Toys brand in France. As a reminder, the transaction was part of a collective procedure opened by the Hainaut Business Court for the benefit of the Maxi Toys group and the Autorité had granted on 5 August 2020, exceptionally, a derogation (see box below) allowing Fijace to proceed with the completion of the transaction, without waiting for the final decision, now issued by the Autorité.

Fijace operates, through the company Distritoys, which it co-controls with the Prénatal Retail group, more than 250 department stores specialising in the sale of toys under the King Jouet brand, mainly in France.

Maxi Toys, a company headquartered in Belgium, operating more than 110 department stores specialising in the sale of toys, mainly in France, but also in Belgium, Switzerland and Luxembourg.

As part of its analysis, the Autorité examined whether, locally, the acquisition of these Maxi Toys stores by Fijace was likely to restrict competition in the catchment areas in which King Jouet stores are also present. The presence of competitors specialising in toys, but also food supermarkets and culture and leisure department stores with a sufficient supply of toys, and the weight of online sales and pure players have been taken into account in each zone.

The Autorité noted that, in almost all areas, consumers will continue to benefit from sufficient alternative offers to those of King Jouet and Maxi Toys so that the new entity will not be encouraged to increase the price of the items sold or to degrade the quality of the products sold in its stores.

Risks of harm to competition identified in three catchment areas

In these areas, the transaction was likely to lessen competitive activity and risked leading to price increases or impoverishing the diversity of the offer to the detriment of the consumer, given the lack of sufficient and comparable alternatives.

Fijace and New MT have committed to divest 3 stores to resolve the competition issues identified in these areas.

In order to address these competition concerns, New MT has undertaken to divest, to one or more competitors, the Maxi Toys stores located in these areas. These commitments will ensure that sufficient competition is maintained and the interests of consumers in the markets concerned will be protected.

The buyers presented will have to be approved by the Autorité, which will ensure that they will be able to constitute a credible alternative offer in terms of retail distribution of toys, in each of the areas concerned.

The aim is to allow a competitor to take over the stores and its activities in order to safeguard competition in the area in question, thereby ensuring that consumers have a diversified offering in terms of prices and products. For the divestitures in question, it must be ensured that the stores are taken over under proper conditions of viability, in order to be approved by the Autorité.