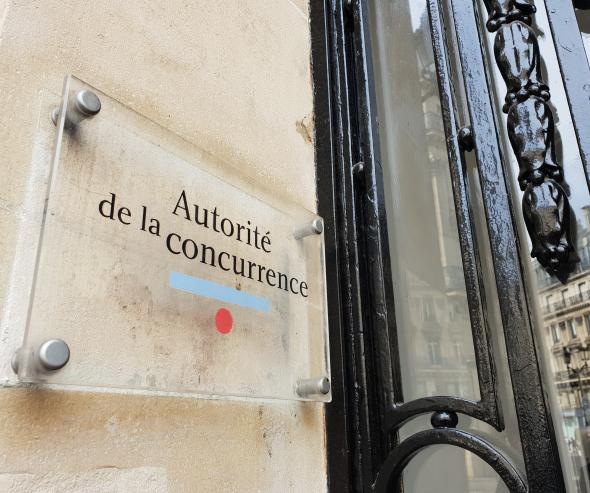 The Autorité specifies to businesses how the rules regarding deadlines and procedures will be adapted due to the state of health emergency.

Following the adoption of the law of 23 March 2020 on the state of health emergency and the ordinance of 25 March 2020, the deadlines relating to the procedures before the Autorité de la concurrence are adapted. This includes:

A certain number of texts have been adopted to adjust the deadlines taking into account the health emergency situation in the country.

"I. - Under the conditions provided for in article 38 of the Constitution, the Government is authorized to take by ordinances, (…) any measure, which may come into force, if necessary, from 12 March 2020, governed by law (…) :

2 ° In order to deal with the consequences, particularly of an administrative or jurisdictional nature, of the spread of the covid-19 epidemic and of the measures taken to limit this spread, any measure:

b) Adapting, interrupting, suspending or postponing the term of the delays provided for under penalty of nullity, lapsing, foreclosure, prescription, unenforceability, loss of a right, end of approval or authorization or cessation of a measure, with the exception of custodial measures and sanctions. These measures are made applicable from 12 March 2020 and cannot exceed by more than three months the end of the administrative police measures taken by the Government to slow the spread of the covid-19 epidemic; (…) ”.*

In application of these provisions, ordinance No. 2020-306 of 25 March 2020 was taken, in particular relating to the extension of expired deadlines during the health emergency period and the adaptation of procedures during this same period.

Suspension of the time limits for investigating cases relating to merger projects and the establishment of legal professions governed by Law No. 2015-990 of 6 August 2015

This ordinance provides, in article 7, that: "Subject to obligations arising from an international engagement or European Union law, the time limits after which a decision, agreement or opinion of one of the organizations or persons mentioned in article 6 can or must intervene or is acquired implicitly and which did not expire before 12 March 2020 are, to this date, suspended until the end of the period mentioned in I of article 1.

The starting point for time limits of the same kind which should have started during the period mentioned in I of article 1 is postponed until the completion thereof.

The same rules apply to the deadlines allocated to the same organizations or persons to verify the completeness of a file or to request additional documents within the framework of the examination of a request as well as to the deadlines provided for the consultation or public participation”. * These provisions apply to "state administrations" within the meaning of article 6 of this ordinance, and therefore to the Autorité de la concurrence.

The I of article 1 of the aforementioned ordinance stipulates that “(…) the provisions of this title are applicable to the time limits and measures which have expired or which expire between 12 March 2020 and the expiration of a period of one month from the termination of the state of health emergency (…) ”.*

Consequently, the following are notably suspended, from 12 March 2020, and until the expiration of a one month delay from the termination of the state of health emergency:

It should be noted that the order does not prevent the carrying out of an act or a procedure of which the term expires during the period concerned; it does, however, allow the act performed within the time allowed to be regarded as not being unlawful. The Autorité will make its best efforts, whenever possible, to make its decisions and opinions in advance, without waiting for the expiration of the additional time limits conferred by these provisions.

The movement restrictions currently in force on national territory are likely to make it more difficult to exercise the rights of the defence.

In view of these exceptional circumstances, the General Rapporteur decided that the two-month period available to companies to submit, in application of Article L. 463-2 of the French Commercial Code, their comments in response to a statement of objections or a report, is suspended from 17 March 2020. This period will resume from the day after the publication of the decree which will lift the travel restrictions initially established by decree No. 2020-260 of 16 March 2020.

For companies which have already benefited, in application of the 4th paragraph of article L. 463-2 of the French Commercial Code, from an additional period, this extension of the time limits will continue to apply if it is more favourable than the suspension of time limits. Otherwise, a new additional period may in any event be requested after the lifting of travel restrictions, if new exceptional circumstances justify it.

During the period of the travel restrictions, any request relating to time limits shall be sent to the investigation and procedural services by email, to the exclusion of any other mode of transmission.

Until the lifting of the travel restrictions established by decree No. 2020-260 of 16 March 2020, and by derogation from article R. 464-5 of the French commercial code, leniency applications are filed electronically by sending the form accessible on the website of the Autorité de la concurrence duly completed to the following address: clemence@autoritedelaconcurrence.fr, to the exclusion of any other mode of transmission.

The deadlines already granted under the leniency marker are suspended from 17 March 2020 and will resume when travel restrictions are lifted.

Procedures for the transmission of procedural documents

Exchanges by registered letter with request for acknowledgment of receipt prescribed by the regulatory part of the commercial code involve trips which could be assimilated to "trips to purchase supplies necessary for the professional activity". If such movements are not prohibited as such during the confinement period, they should be avoided as far as possible, in order to slow the spread of the virus1.

Given these exceptional circumstances, for the entire duration of the travel restrictions initially established by Decree No. 2020-260, and by derogation from Articles R. 463-1, R. 463-11, R. 463-13, R 463-15 and R. 464-30 of the French Commercial Code, referrals, observations to a statement of objections, briefs in response to a report, requests for trade secrecy or the lifting of trade secrecy are transmitted by electronic means to the Autorité, which will acknowledge receipt, to the following address: L-PROCEDURE@autoritedelaconcurrence.fr.

Similarly, statement of objections, reports, plans to downgrade confidential information and decisions of the Autorité and the General Rapporteur will be notified electronically to the persons concerned and to the Government Commissioner.

Decisions or opinions of the Autorité are sent electronically to the persons concerned. The notification regarding  time limits for appeal will only take place after the lifting of the travel restrictions.

These transmissions or notifications in electronic format can be carried out by any means: electronic messaging, document exchange platform, file transfer application ...

Acts sent to the Autorité by registered letter during the period from 12 March 2020 to the present day must be resent by electronic means, to the address indicated above.

The first paragraph of Article L. 462-7 of the commercial code provides that "the Autorité cannot be seized of facts going back more than five years if no act tending to their research, their finding or sanction has been taken". The third paragraph of the same article provides that "limitation is acquired in any event when a period of ten years from the termination of the anti-competitive practice has elapsed without the Autorité de la concurrence ruling on it. "

The first paragraph of article 2 of ordinance No. 2020-306 provides that "Any act, remedy, legal action, formality, registration, declaration, notification or publication prescribed by law or regulation under penalty of nullity, sanction, lapsing, foreclosure, prescription, unenforceability, inadmissibility, expiration, automatic withdrawal, application of a special scheme, non-existence or forfeiture of any right and which should have been completed during the period mentioned in article 1 will be deemed to have been made on time if it has been made within a period which cannot exceed, from the end of this period, the period legally allowed to act, within the limit of two months. »*

Therefore, the acts or decisions mentioned in article L. 462-7, which should have taken place during the period from 12 March 2020 until the expiration of a period of one month from the termination of the state of health emergency, in order to avoid the prescription of action by the Autorité, may be completed within two months from the end of this period, without being penalized for their lateness.

Similarly, appeals against the decisions of the Autorité, which should have been filed in the period from 12 March 2020 until the expiration of a period of one month from the cessation of the state of health emergency, in accordance with the deadlines provided for in Articles L. 464-7, L. 464-8 and L. 464-8-1 of the French Commercial Code, may be completed within two months of the end of this period, without being penalized for their lateness.

Time limits for the execution of commitments and injunctions

Article 8 of Ordinance No. 2020-306 provides that "When they have not expired before 12 March 2020, the time limits imposed by the administration, in accordance with the law and the regulations, on any person to carry out inspections and work or to comply with prescriptions of any kind are, on this date, suspended until the end of the period mentioned in I of article 1, except when they result from a decision of justice.

The starting point for delays of the same kind which should have started during the period mentioned in I of article 1 is postponed until its completion. »*

Time limits for implementing commitments, injunctions or interim measures are therefore suspended or postponed until the expiration of a period of one month from the end of the state of health emergency.

1At this stage, and notwithstanding the secrecy of correspondence, the Autorité does not plan to use the electronic registered letter for confidentiality reasons.