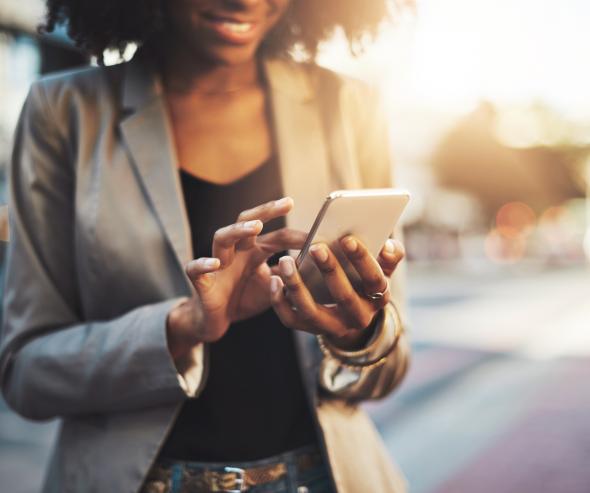 The Autorité de la concurrence gives conditional clearance to the acquisition of SFR by Numericable, an Altice subsidiary.

Among the commitments discussed and negotiated with the Autorité de la concurrence, Numericable commits
to give competitors (internet service providers, MVNO) access to its cable network.
This is the first time that a European competition authority
opens up access to cable.

The Autorité de la concurrence gives clearance, subject to several commitments, for the exclusive acquisition of SFR (which belonged to Vivendi) by the Altice group and its subsidiary Numericable Group.

THE MERGER GIVES NUMERICABLE SIGNIFICANT STANDING IN THE TELECOMS SECTOR

By taking over SFR, Numericable, leader in the field of access to high-speed broadband, becomes a prominent operator in the telecoms sector. Given the market share of the new entity, this acquisition requires several remedies in order to maintain competition between the telecoms operators, for the benefit of businesses and individuals.

THE STEPS IN REVIEWING THE TAKEOVER

The Autorité de la concurrence was notified of the takeover on 4 June 2014 but the file was only completed on 24 June 2014. Following a first consultation of stakeholders in the market, the Autorité considered that the transaction gave rise to serious doubts regarding obstacles to competition and on 30 July 2014 started an in-depth investigation (see press release of 30 July 2014). The sectoral regulators (CSA, Arcep) were also consulted.

In order to dispel the competitive concerns identified, Numericable successively proposed several series of commitments which have been the subject of market tests. Following discussion and negotiation with the Autorité’s members during the session of 8 October 2014 and in subsequent work meetings, substantial improvements have been achieved.

THE RISKS FOR COMPETITION IDENTIFIED

1. The strengthening of Numericable/SFR’s position on high-speed broadband access for consumers

The segment of high-speed broadband (speeds greater than 30 Mbps) is an important growth driver for operators, to the extent that it is the driving force behind subscriptions. High-speed broadband (HSB) services may be offered on the cable network or using fibre-optic.

The new entity, which has an extensive cable network, will now be able to provide convergence offers combining HSB fixed and mobile (quadruple play) telecommunication services. While these offers represent an opportunity for consumers, they nevertheless tend to make it more difficult to change to another operator (lower churn rate).

Thanks to its cable network, Numericable is able to offer high-speed broadband access to over 8 million homes. Orange, Free and Bouygues Telecom, in addition to SFR before the transaction, are investing in the deployment of optical fibre networks in order to be able to also provide HSB for their subscribers. However, the FttH deployments are still limited. Numericable enjoys a significant advance on the market and its competitors will not have an equivalent network for several years. The takeover removes SFR as a competitor for providing access to HSB and increases Numericable’s subscriber base six-fold. It gives the latter the opportunity to focus its sales efforts on winning new customers and to make full use of the cable network already installed in homes, in particular by switching SFR’s ADSL customers to HSB by cable. Therefore, one of the risks identified by the Autorité is that Numericable pre-empts HSB customers, at the expense of operators who have started deploying fibre.

In addition, while Numericable gave its competitors access to its network before the takeover (especially Bouygues Telecom), Numericable could now be prompted to close this access in order to promote its business in the retail market.

Finally, investment in fibre-optic networks is jointly funded by the various operators, including SFR. SFR in particular plays a role alongside Bouygues Telecom and Orange, with whom it shares the cost of investing in fibre in several deployment areas. The acquisition of SFR by Numericable could, if not subject to adequate safeguards, lead to the failure of these agreements, by giving the new entity an opportunity to block deployments in areas where Numericable has its cable network.

2. The reduction in the number of telecoms operators for the professional market

The takeover will group together Numericable and SFR’s business in the wholesale and retail markets for businesses, markets in which Numericable is operating through its subsidiary Completel. In certain geographical areas, the takeover will thus reduce the number of operators of the copper and fibre-optic networks used to devise the offers aimed at businesses from three to two, with the new entity finding itself in a duopoly with Orange. In the retail market, the acquisition could have reduced the competitive intensity and therefore the competitiveness of deals proposed to businesses.

3. A strong market share in La Réunion and Mayotte

Outside mainland France, SFR and Numericable are both active in the telecommunications sector in the Indian Ocean.

With the bringing together of the businesses of SRR, SFR’s subsidiary in La Réunion, and Outremer Telecom, acquired by Altice in July 2013 (’Only’ brand), the operation will give Numericable very considerable market power in the area of mobile telephony in La Reunion (66% of market share) and a virtual monopoly in Mayotte (90%). Moreover, by relying on its mobile business, Numericable could expand the distribution of its internet access services by having offers combining fixed and mobile telecommunications services (triple and quadruple play), to the detriment of other operators in the Indian Ocean.

4. A risk to competition in the markets of pay television due to Vivendi’s 20% stake in Numericable group’s capital

Once the operation has been completed, the Vivendi group will retain a minority stake in Numericable Group. This stake runs the risk of giving Vivendi extended access to strategic information of the new entity, which would enable it to adapt its competitive behaviour in some markets where it is in competition with Numericable, such as pay television and telecommunications.
Vivendi, through its subsidiary Groupe Canal Plus, could use this information to restrict competition in the publishing and pay-TV markets. Similarly, the competitive potential of the new entity in the overseas markets for the provision of internet access runs the risk of being constrained by Vivendi’s ability to anticipate any sales offensive.

TO ADDRESS THESE CONCERNS, THE AUTORITE DE LA CONCURRENCE HAS OBTAINED A SERIES OF SUBSTANTIAL, CREDIBLE AND VERIFIABLE COMMITMENTS FROM NUMERICABLE.

The 4 main commitments, negotiated with the Autorité and undertaken simultaneously by Numericable and Altice, include both structural (divestures) and behavioural measures (commitments relating to the new group’s behaviour).

1. Numericable commits to give competing operators access to its cable network

Numericable commits to offer all operators that request it two access offers to its cable network. The first offer, in the form of a “white label” distribution agreement, will enable MVNOs that do not have their own set-up boxes to market cable retail services. The second, so-called “bitstream” offer, will enable ISPs to use access to the cable network to market their very high speed services, using their own set-up boxes and their own customer platforms.

These offers, which will be subject to prior approval by the Autorité, aim to allow Numericable’s competitors to replicate its retail services within a very short period of time, without having to wait for fibre optic network deployments to be completed. These operators will therefore be able to compete effectively with Altice’s subsidiary, by providing their own very high speed fixed telecom services using the cable network.

This commitment is planned on a provisional basis, during the time necessary for the competitors to deploy their own fibre optic networks. By placing competitors on equal footing, the Autorité will be able to prevent Numericable from capturing the greatest proportion of very high speed internet customers.

The commitments negotiated also ensure that Numericable will be unable to use the contracts entered into prior to the operation by SFR with Bouygues Telecom and Orange in order to block the deployment and operation of these operators’ fibre optic networks. In practical terms, Numericable has therefore committed to connect buildings to the fibre optic network deployed by SFR and Bouygues Telecom within the context of their agreement, in order to enable Bouygues Telecom to operate its network. These connections will be completed within the time periods established in the commitments. Furthermore, following a negotiation period aiming to modify the deployment areas covered by the agreement entered into between SFR and Orange, Numericable commits not to prevent Orange from deploying its own fibre optic network in the areas previously reserved for SFR.

Thus, neither Bouygues Telecom nor Orange will be constrained by Numericable in the deployment or operation of their own fibre optic networks.

2. Numericable must divest Completel’s copper network, an operator for professionals

Numericable has undertaken commitments for the two kinds of access sold on the fixed telecommunications market for business clients. Firstly, for access to the copper network (“DSL”), Numericable has committed to divesting itself of Completel’s DSL network to an operator capable of driving competition on the market.
Secondly, Numericable will provide retail market operators for business clients with access to its fibre optic local loops, through a wholesale offer valid on all of the SFR and Completel networks.

The commitment thus enables a constant number of mobile operators to be maintained in these territories for the benefit of consumers (price, variety of offers).

4. The new group must take measures in order that no strategic information is provided to Vivendi

This confidentiality obligation applies, in particular, to information concerning (i) pay TV markets (transfer of channels by editors to telecom operators for the creation of multichannel packages), (ii) downstream pay TV service distribution markets and (iii) overseas telecommunications markets. It will be monitored by a trusted third party, which will take part in the Numericable Group’s Board and audit committee meetings in order to ensure that no sensitive information is exchanged.

These commitments will be undertaken for a period of 5 years, renewable once. Their implementation will be monitored by an independent trustee who will be named after the Autorité de la concurrence’s agreement.
The Autorité will be mindful that the required divestments be implemented in a transparent manner and that they will guarantee that a genuinely competitive environment is maintained on the markets concerned.

> The full text of the decision will shortly be published on the website of the Autorité de la concurrence (www.autoritedelaconcurrence.fr)