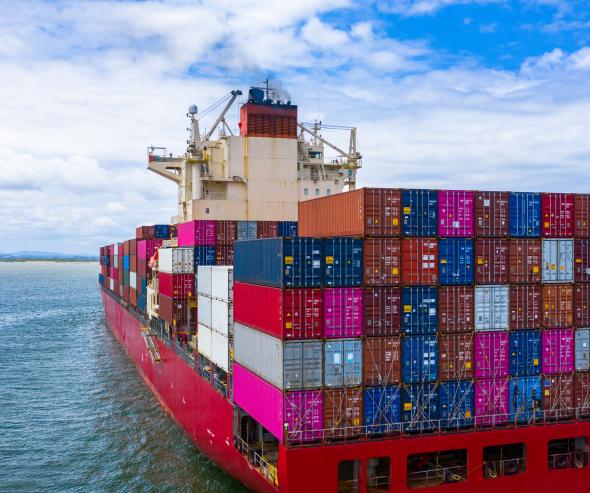 Following ex-officio proceedings by the Autorité de la concurrence, the CMA-CGM, Maersk, Marfret and WEC Lines shipping companies have entered into commitments that will make it possible to increase competition in the sea transport of goods between Northern Europe and the French Antilles (Guadeloupe, Martinique, Saint Barthélemy and Saint-Martin).

Based on information gathered during investigations concerning the two opinions it issued about the price of fuel1 as well as sea freight and mass distribution overseas2, the Autorité de la concurrence opened several dispute cases, one of which was in the sea freight sector. The Autorité had identified competition problems in the sea routes between Northern Europe and the Antilles and noted an ‘inertia in the marketplace’ linked to a certain rigidity in the organisation.

Sea freight is the predominant mode of transport for trade between the French Antilles (Guadeloupe, Martinique, Saint Barthélemy and Saint-Martin) and Europe. Since most consumer goods are imported, the costs linked to transport, which can represent up to 15% of the selling price, are reflected in most of the items purchased by consumers overseas.

Sea transport of goods between Northern Europe, especially the French ports, and the Antilles is the main import and export route. Ninety per cent of trade (excluding fuel) is covered by the CMA-CGM shipping line which shares its freight capacity with its competitors. In practical terms, CMA-CGM rents space in its ships to other shipping lines for transporting their containers. CMA-CGM has signed space rental agreements with Maersk, Marfret and WEC Lines.

During the investigation, it emerged that some of the contractual clauses binding CMA-CGM to Maersk, Marfret and WEC Lines were very restrictive and led to flat competition.

These clauses reduced the option for the shipping lines to adapt to demand and may have restricted entry of new operators into the market. The cumulative set of restrictive clauses could translate into prices that were 10 to 25% higher on average than the prices set by shipping lines operating on similar routes.

In particular, the Autorité deemed the following to be problematic:
- exclusivity clauses binding Maersk, Marfret and WEC Lines to CMA-CGM that prohibited the former from loading their containers onto a ship owned by a competitor of CMA-CGM;
- opacity of the mechanism for allocating capacity;
- absence of the option for Maersk, Marfret and WEC Lines to sell capacity reserved but unused to third parties;
- open-ended contracts between these shipping lines and CMA-CGM.

After the Autorité had shared its concerns regarding the lack of competition, CMA-CGM, Maersk, Marfret and WEC Lines offered to alter their practices and the four shipping lines submitted joint commitments which were improved during the discussions they held with the Autorité.

The shipping lines undertook, in particular, to:

The Autorité considered that these commitments would make it possible to put an end to “market inertia” by boosting competition between the shipping lines and encouraging new entrants into the market. This upstream revitalisation of competition should have a positive impact on the retail prices paid by consumers overseas. That is why the Autorité de la concurrence has rendered these commitments binding and decided to close the proceedings.