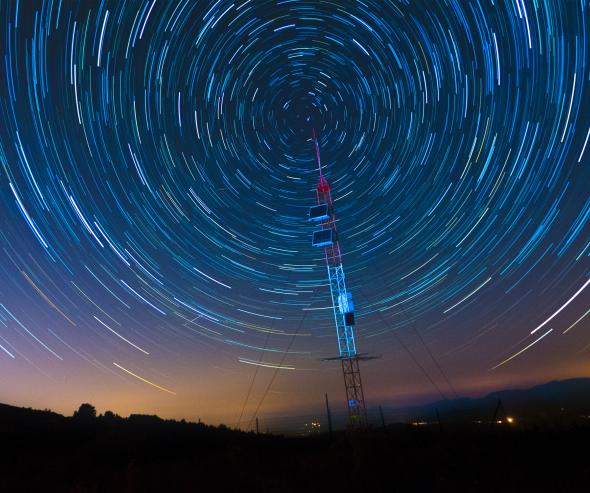 Towercast lodged a complaint with the Autorité against TDF, challenging TDF's takeover of Itas in October 2016. The transaction had been carried out without being subject to mandatory clearance by the Autorité, as the notification thresholds were not exceeded.

The Autorité considered that such a merger could not constitute an abuse of a dominant position.

In November 2017, Towercast lodged a complaint with the Autorité de la concurrence concerning the abusive nature of TDF's takeover of Itas.

It contested TDF's acquisition of Itas, one of its last competitors in the terrestrial broadcasting market, in so far as it aggravated TDF's dominant position in the market. TDF’s acquisition of Itas was completed in October 2016, without prior clearance, as the French and European notification thresholds, which are based on turnover, were not exceeded. It had therefore not been examined by the French and European competition authorities in the context of merger control.

Towercast’s complaint considered that the transaction nevertheless constituted, in itself, an abuse of a dominant position by TDF and that TDF, which enjoys dominance in the upstream and downstream wholesale markets for digital terrestrial television (DTT) broadcasting, hampered competition due to a significant strengthening its position. The argument was, inter alia, based on a judgment of the Court of Justice of 21 February 1973 in the case of Continental Can Company.

At a time when there was no European mechanism subjecting company mergers to compulsory prior control, the European Commission (1) considered, on the basis of Article 86 of the EEC Treaty (now Article 102 of the TFEU), that Continental Can had abused its dominant position by acquiring one of its competitors, thereby virtually eliminating competition in a substantial part of the European market concerned.

The Court of Justice (2) then confirmed the possibility of applying Article 86 of the EEC Treaty (now Article 102 TFEU) to merger transactions, holding that “Abuse may therefore occur if an undertaking in a dominant position strengthens such position in such a way that the degree of dominance reached substantially fetters competition, i.e. that only undertakings remain in the market whose behaviour depends on the dominant one.” However, it had annulled the European Commission's decision in this case on the grounds that the decision had not, “as a matter of law, sufficiently shown the facts and the assessments on which it is based”.

The Autorité notes that, following the Continental Can judgment, a system of compulsory prior control of mergers was introduced at the European level by Council Regulation (EEC) No 4064/89 of 21 December 1989, and subsequently amended by Regulation No 139/2004, currently in force.

This European merger control system allows national competition authorities to refer transactions to the European Commission, under the conditions set out in Article 22 of Regulation 139/2004, even when they are “below the [national] thresholds” for mandatory notification, so that they can be examined by the Commission. It should be noted that this possibility was not used in the case of the transaction in litigation.

When Regulation No 4064/89 was adopted, the Council and the Commission considered “for pressing reasons of legal security, that this new Regulation will apply solely and exclusively to concentrations (...)”.

Currently, Regulation No 139/2004 specifies in its Article 21(1) that Regulations implementing Articles 101 and 102 TFEU are not applicable to concentrations as defined in its Article 3. (3)

The adoption of this European merger control system therefore leads to the non-application of Article 102 of the TFEU to a concentration such as the contested one.

In domestic law, it is clear from the case law and decision-making practice of the Conseil de la concurrence, and subsequently of the Autorité, that the procedures applicable to concentrations on the one hand, and to the suppression of anticompetitive practices on the other, are also incompatible and irreconcilable with each other. The Autorité cannot therefore, on the basis of Article L. 420-2 of the French Code of Commercial Law (Code de commerce), consider that a concentration, even if it does not reach the national thresholds set in Article L. 430-2 of the Code de commerce requiring compulsory notification, constitutes in itself an abuse of a dominant position.

Given the scope of the applicable provisions, the transaction cannot, in itself, constitute an abuse of a dominant position under Articles 102 of the TFEU and L. 420-2 of the Code de commerce. Moreover, Article L. 430-9 of the Code de commerce cannot be applied, as no conduct detachable from the merger itself has been demonstrated.

As the reported practices were not established, the Autorité therefore considered that the procedure should not be pursued.

1Decision of the European Commission of 9 December 1971, Continental Can Company, 72/21/EEC.

3The only exception provided for in this provision concerns joint ventures which do not have a Community dimension and which have as their object or effect the coordination of the competitive behaviour of companies which remain independent.