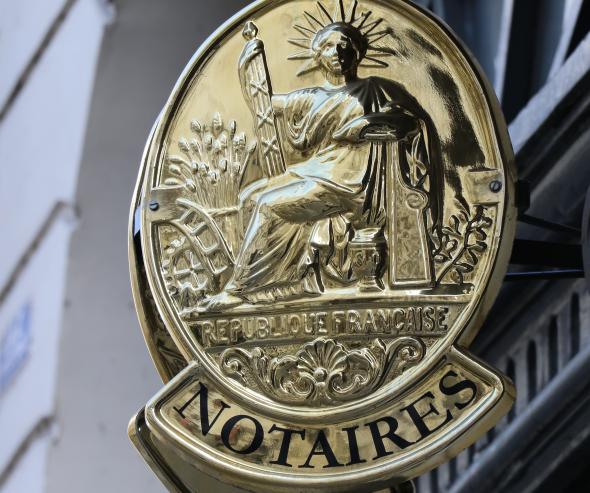 Its recommendations for the period 2020-2022 will take account of the short-, medium- and long-term impact of the Covid-19 pandemic on the activity of notaries

Pursuant to the Law for Growth, Activity and Equal Economic Opportunities, ("Macron law”), the Autorité de la Concurrence is launching a public consultation with a view to preparing a new opinion on the freedom of establishment of notaries and proposing a revision of the map that was published in December 2018.

An online survey of stakeholders

The public consultation launched today marks the start of the work on the revision of the map.

With a view to contributing to the opinion and the proposed revision of the map of the establishment areas for notarial offices, interested parties are invited to respond to an online questionnaire by clicking on the link below by 15 July 2020.

The length of the consultation, which is usually one month, has been extended by two weeks to take account of the current health situation.

The following are invited to take part: practising notaries (including office creators), candidates for establishment, professional representative bodies, official consumer protection associations, notary associations, organisation and trades unions, any person that meets the requirements to exercise the profession of notary and any other person that has an interest in taking part in this consultation. The various contributions received will feed into the analysis conducted by the Autorité.

The individual responses to this questionnaire are confidential. Only the aggregated and anonymous results are likely to be published.

A two-year revision of the map of notaries, which takes place this year against an unusual economic backdrop

The law provides that, within two years of its adoption, the map published via the joint decree of the Ministers of Justice and the Economy of 3 December 2018 must be revised. A proposal for a map is first put forward by the Autorité de la concurrence.

This year, the map is being revised against an unusual backdrop, which the Autorité will take into account when it issues its opinion and makes it recommendations.

Since March 2020, the French economy has been affected by an unprecedented health crisis caused by the Covid-19 pandemic. Like a great many other professions, notaries have not been spared by this crisis. Some offices have seen their activity slow down significantly during the lockdown despite the measures taken to continue their activities remotely within a paperless environment.

The Autorité will analyse all of the available quantitative and qualitative data in order to make an assessment of the fluctuations in the activity of notaries caused by this crisis, as well as evaluate its outlook for the months and years ahead.

Respondents will thus be able to express their opinion on the impact that they feel that this health crisis has had on the activity of notaries.

For the first two maps in 2016 and 2018, the Autorité drew on long-term turnover projections per private notary based on prospective changes in demand and the impact of the pricing regulation. With a view to prioritising a gradual opening up of the profession, as it had done in its first opinion, the Autorité recommended a cautious approach for the period 2018-2020 by advocating the creation of only a fraction of the estimated long-term needs. Based on its proposal, the joint decree [1] established 229 free-establishment areas (“green areas”) within which 733 new private notaries were authorised to establish themselves by December 2020. 77 regulated-establishment areas (“orange areas”) were also identified. Within those areas, the requests to create offices are subject to a case-by-case assessment by the French Minister of Justice based on an opinion of the Autorité de la concurrence.

A strong interest in exercising the profession and creating offices

Applications for new offices were opened on 1 February 2019. Due to the fact that the number of applications systematically exceeded the number of offices to be created in each area (around 23,000 applications across the different areas were submitted in the first 24 hours), the order in which the applications were examined was determined by drawing lots, which took place from 2 April to 11 July 2019.

By 15 May 2020, 330 offices had been created under the second map. The appointments are due to continue through to autumn 2020. The final number of creations will be taken into account by the Autorité in its opinion.

Significant issues at stake for this new proposal for a map

Apart from the economic impact of the Covid-19 health crisis on the profession, the Autorité has also identified several significant issues, in relation to which stakeholders are invited to make comments:

- Feedback from recently established notaries, particularly any difficulties they may have encountered when creating, commencing or developing their activities;

- The impact of the new establishments on the various stakeholders (professionals already established, salaried notaries, clerks, client base of the offices) and the national network;

- The procedure for being appointed to the offices created;

- Access to the notarial profession for women and young graduates;

- The impact of the reform relating to personalised solicitation;

- The impact of technological advances on the exercising of the profession, particularly the paperless procedures implemented during the crisis to allow for deeds to be signed remotely.

As with previous such exercises, the aim of the Autorité is to obtain as precise and objective an inventory as possible of the economic situation of notaries, especially those whose offices were recently created, in order to be able to put its recommendations to government.

[1] Regulation of 3 December 2018 pursuant to Article 52 of Law no. 2015-990 of 6 August 2015 relating to economic growth, activity and equal opportunities for the notarial profession.