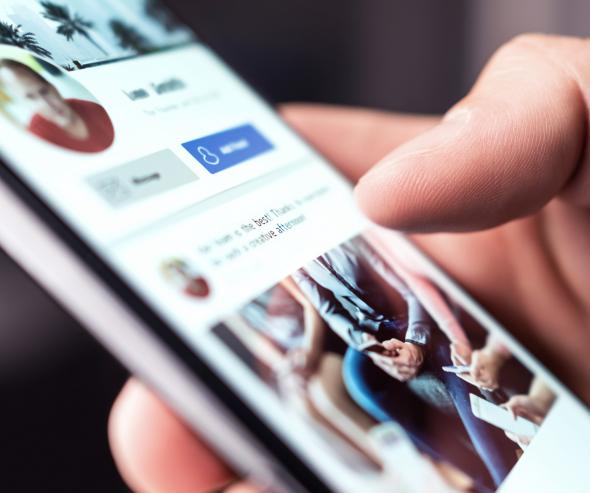 In the context of a negotiated procedure, the companies of the Meta group (Meta Platforms Inc., Meta Platforms Ireland Ltd., and Facebook France) proposed commitments in June 2021, which were then subjected to a market test and then examined by the Board.

Following this process and substantial improvements, the Autorité accepted and made binding the proposed commitments and thus closed the procedure. This is the first time that a competition authority accepts commitments from Meta in antitrust proceedings.

Criteo is a French online advertising company. It offers its advertising clients advertising intermediation services, through which, in particular, thanks to its own technologies, it optimises the placement of their ads on different inventories, including on platforms such as Facebook and Instagram, using the retargeting technology[1].

The Meta Group offers a range of products and services to Internet users, advertisers and developers. Meta derives most of its revenue from the sale of its proprietary advertising inventory to advertisers, and to a lesser extent, from the sale of third-party publisher inventory using the Meta Audience Network (MAN) service, formerly the Facebook Audience Network, which is an advertising network for publishers (Ad Network).

Meta provides advertisers with its own advertising inventory (Facebook, Instagram, Messenger) and that of publishers using MAN, a bidding system, a campaign management and buying platform, and data mining capabilities for targeting and measuring campaign performance.

Since 2016, Meta has made specific application programming interfaces (APIs) available to certain intermediaries, including Criteo. Criteo used these interfaces to improve bidding and campaign performance tracking. In 2018, Meta withdrew the provision of these APIs, including from Criteo.

At the same time, Criteo was removed as a Facebook Marketing Partner (partnership now known as Meta Business Partner). This partnership allows beneficiary stakeholders to improve the quality of their services (in particular thanks to access to technical support and training enabling them to adapt to the evolution of the technologies and solutions offered by Meta), have easier access to APIs and improve their reputation with their customers, insofar as this status is perceived by advertisers as a guarantee of quality in terms of technical expertise and know-how in terms of Facebook Ads campaign management.

Criteo then referred the matter to the Autorité de la concurrence, as it considered that Meta had abused its dominant position and that its practices prevented it from fully using its own technologies to conduct its business.

In their preliminary assessment, the  case team identified several practices implemented by Meta that could raise competition concerns in the French market for non-search related online advertising, where Meta, whose market share was 49% in 2018 and 50% in 2019, is likely to hold a dominant position.

The Autorité considered that the behaviours identified in the preliminary assessment were likely, on the one hand, to distort competition between online advertising service providers seeking to place ads on Meta's inventory and, on the other hand, in a context marked by the strengthening of Meta's vertical integration, to have foreclosure effects by weakening the competitive pressure exerted by intermediaries such as Criteo, whose retargeting service competes with that developed by Meta.

Firstly, Meta commits to offering access to its MBP partnership programme to companies active in the field of advertising services (speciality “Advertising Technology” hereinafter “AdTech”). This access will be exclusively subject to a quantitative criterion related to the level of expenditure generated on the Advertising APIs at the level of an advertising campaign, a set of advertisements or an advertisement attributable to the AdTech Services provider. In addition, Meta makes the commitment to automatically reintegrate service providers who have been able to use the ULB API in the past.

Secondly, Meta commits to providing its sales teams with compliance training on the content of their communications, particularly to advertising clients. It will be mandatory for employees to take the training every year and validate it by correctly answering all the questions in the knowledge test they will have to take. The Autorité considers that these commitments, which were made for a period of five years, are likely to remedy the shortcomings identified in the preliminary assessment with regard to the behaviour of the company's sales teams.

3. The provision of a new interface for advertising service providers

Thirdly, Meta commits to developing a new API for advertising service providers, called the "Recommendation Functionality". The API, which is being made available free of charge, will allow eligible companies to send individualised queries for product recommendations on Meta-controlled social networks, or to send individualised bid adjustments. These commitments were proposed for a period of three years. The Autorité considers that they are likely to meet the competition concerns insofar as the criteria for accessing this API are sufficiently justified, objective, transparent and non-discriminatory. In addition, these commitments are likely to address the consequences that the practices identified in the preliminary assessment may have had on the market for advertising services for advertisers. They are intended to guarantee that advertising service providers can develop their business and their clients' advertising campaigns according to the model of their choice, under conditions that are not likely to have a negative impact on the competition between Meta and these providers.

4. The geographical scope of the commitments

With respect to their geographic scope, the commitments concern all advertising service providers which, during a period of one hundred and eighty days, participated in at least one advertising campaign targeting, in particular, users of Meta's services in France. However, as long as a company falls within the scope of the commitments and meets the conditions set forth in the commitments, it can benefit from the advantages associated with the "MBP AdTech" programme and use the "Recommendation Functionality" for all its advertising campaigns, without geographical restrictions.

5. The central role of the monitoring trustee

Finally, the commitments proposed by Meta give a central role to a trustee responsible for their follow-up. Independently of Meta, this trustee must have the required qualifications, particularly in legal, statistical and IT matters. They must have access to all the information necessary for the accomplishment of their mission, as soon as they request it. They also have the right to alert and thus send observations to Meta and, if necessary, notify the Autorité of any decision of which they have been notified and which, in their opinion, would distort the commitments due to a lack of objectivity or proportionality.

[1] Retargeting is a specific form of personalised advertising, which aims to identify and deliver targeted advertisements to specific individuals that advertisers identify as customers or potential customers.

Facebook is an essential platform for users as it has a larger consumer network than other platforms and can meet a wider range of needs. Meta is likely to have significant market power in the market for social networking services.

According to Médiamétrie, the audience of the other social networks competing with Facebook is significantly lower, and has been for several years. In terms of unique visitors per month (August 2020), Snapchat, LinkedIn, Twitter and Pinterest were, according to Médiamétrie, the 13th, 27th, 35th and 38th most visited sites in France, respectively. Meta's primary competitor, Snapchat, had an audience approximately three times smaller than the combined audience of Facebook and Instagram.

In addition, the market for non-search related online advertising is characterised by significant barriers to entry and expansion, which result primarily from the significant network effects enjoyed by Meta.