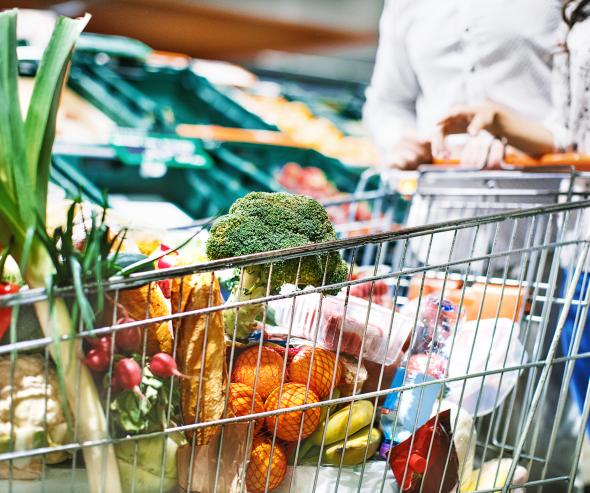 Following the Autorité’s decision last October in which it accepted the commitments made by Auchan, Casino, Metro and Schiever, reducing the scope of their joint purchases of own-brand label goods (see press release of 22 October 2020), it today issued a new decision regarding the purchase agreement between Carrefour and Tesco regarding their own-brand labels.

The Autorité makes binding the commitments made by Carrefour and UK retailer Tesco, which exclude certain product families (fruit and vegetables) from the own-brand label agreement, limit their cooperation for other product families (cotton, fresh cheese, blue cheese, etc.) and ensure SMEs the possibility of bidding for tenders launched by both retailers for their own-brand label goods. 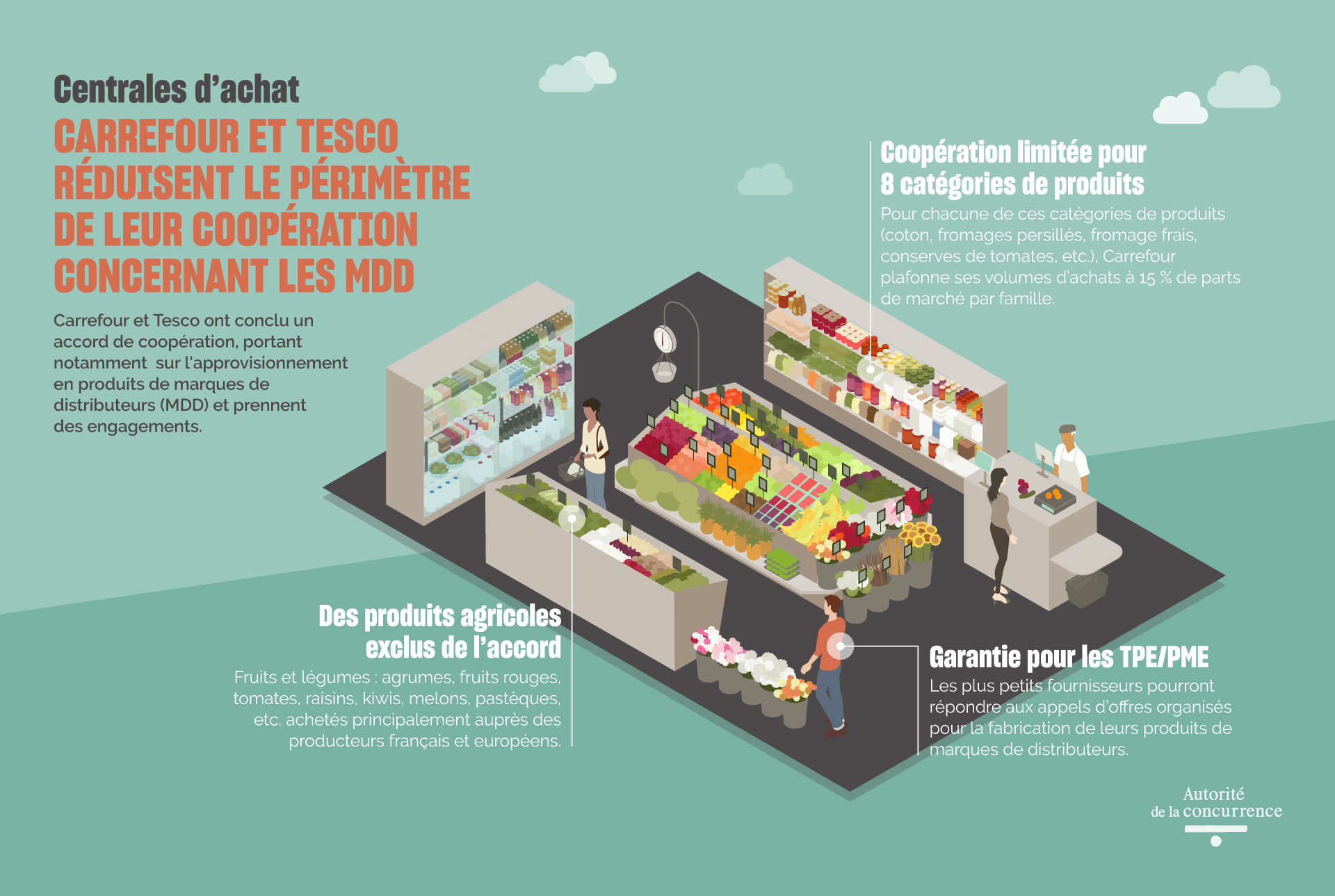 In August 2018, Carrefour and Tesco, a leading retailer in the UK with no stores in France, entered into a cooperation agreement, which, among other things[1], concerns the supply of own-brand label products[2].

The agreement consists of organising calls for tenders by Carrefour or Tesco on behalf of both distributors with the goal of joint production of own-brand label goods. More than 130 product families were initially covered by the agreement, including both food products–fresh, unprocessed products such as fruit and vegetables–and non-food products, such as aluminum and cling film or paper towels.

In accordance with the provisions of the Law of 6 August 2015 for Growth, Activity and Equal Economic Opportunities (Macron Law), the Carrefour/Tesco agreement was communicated to the Autorité. The Autorité subsequently opened a litigation investigation into the agreement and, as a result, started proceedings ex officio on the merits in May 2019, followed by interim measures in September 2019 on the basis of the specific mechanism for purchasing offices introduced by the Egalim Law[3]. The investigation of the agreement identified competition concerns.

Competition concerns raised by the Autorité: a weakening of suppliers

The upstream supply market is characterised by contractual conditions rather unfavourable to suppliers (absence of exclusivity, short-term contracts, lack of volume commitments by distributors), which limits their market power. The relatively low profitability of suppliers of own-brand label goods illustrates their weak market power. Until recently, the sector was also marked by a general and significant drop in sales over the last few years, which may have weakened own-brand label suppliers economically.

In addition, small companies (SMEs and VSEs)[4] produce a significant share of own-brand label goods. The latter are therefore more exposed to a sudden change in the marketing conditions for their products, be it a drop in price or loss of volume.

By reducing the suppliers’ margin, the agreements could reduce their ability to invest and innovate, and even reduce their incentive to stay in the market. Although the specifications for own-brand label products are ultimately defined by the distributor, in some cases the development process also involves suppliers upstream during the product definition phase; they then play a proactive role in the innovation of certain products.

The implementation of the cooperation agreement notified to the Autorité risked weakening companies, some of which are an integral part of the innovation process for own-brand label products. The Autorité has thus identified a risk of diminishing the ability or even the incentive of suppliers to invest and innovate, which may affect the welfare of consumers in the retail market.

Proposed commitments: an exclusion from the scope of cooperation of certain product families

In response to these competition concerns, Carrefour and Tesco offered commitments, which were subject to a market test (see press release of 8 October 2020):

The retailers remain free to cooperate on all other product categories.

These commitments are made for five years and will be verified by a trustee authorised by the Autorité de la concurrence.

Considering that these commitments fully and effectively address the competition concerns identified, the Autorité has accepted them and made them binding.

[1]The agreement also covers the supply of non-market products (products or services necessary for the parties’ business and not intended for resale) and the provision of international services.

[3]Since the Egalim Law of 30 October 2018, the Autorité has the power, in the area of joint purchasing agreements, to take ex officio interim measures which may lead to the suspension of agreements.

[4]Some 77% of the items on the shelves are manufactured by SMEs and VSEs.