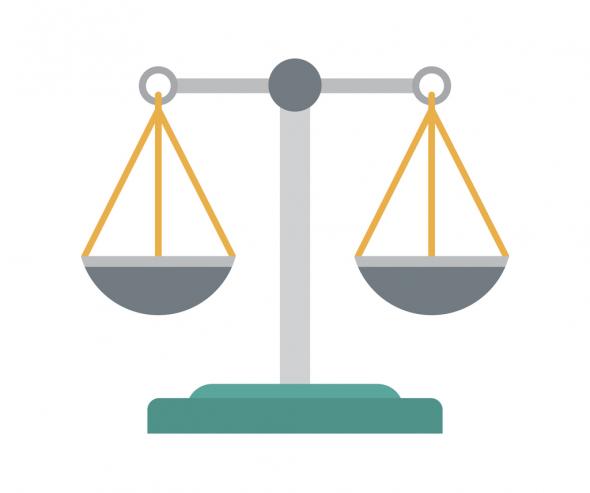 The law of 6 August 2015, socalled "Macron law" which has reformed regulated professions in order to introduce more competition and freedom of establishment has notably terminated the regulated tariff for real estate trading services from 1 March 2016. Since that date, there is no longer a tariff set by the public authorities and notaries freely set their rates for their real estate trading activities such as real estate agencies.

GIE Notimo, which gathers around twenty notaries in the region Franche-Comté, has set up an agreement on prices, detrimental to competition law, so that the notaries of the region Franche-Comté set up a “tariff table” defined by GIE Notimo for real estate negotiation services. The chambre interdépartementale des notaires de Franche-Comté (interdepartmental chamber of the notaries of Franche-Comté) facilitated the commission of the offence, by actively making its secretariat available to the GIE and not reporting the illegal practice to the competent authorities.

The GIE and the chambre interdépartementale des notaires de Franche-Comté have applied for a settlement procedure which was granted since they did not dispute neither the facts nor the qualification. As a consequence, the fine was handed down to respectively €250,000 and €45,000.

The GIE Notimo (Economic Interest Group) is a network of 21 notaries from the région Franche-Comté whose main mission is to allow its members to pool the real estate for which they hold a selling or renting mandate to provide customers with a richer ad base. It offers increased visibility to real estate listings of notaries which are published online on a dedicated website and application.

An agreement to obstruct the enforcement of the « Macron Law »

In anticipation of the end of the regulated tariff, the GIE elaborated in the shadows, as from the second half of 2015, a single "tariff grid" for notaries of the network, with the aim of preventing the application of the Macron law and the free setting by each notary of his service rate. One of the members wrote in an email: "The Macron law is doing its job and we must remain united."

By making its secretariat available to the GIE Notimo, the chambre interdépartementale des notaires de Franche-Comté actively facilitated the agreement: e-mails, faxes and letters relating to the terms of implementation of the agreement were sent to members of the network from the addresses of the chamber.

An agreement whose users of Franche-Comté notarial services were victims

It should be noted that the fixing by agreement of the tariff was in itself contrary to the competition law, but that, furthermore, the tariffs thus fixed induced a strong increase of the real estate negotiation fees compared to the regulated tariffs. On average, prices were 20% higher than those of other offices in the region.

This practice is serious in that it occurred in a sector where the competitive space is severely limited by regulation and with the aim of defeating the reform wished by the legislator.
Members of the agreement were aware of the probable illegality of the practices as indicated by the report of a meeting: "Let us not forget that we could fall for unlawful agreement!".
Regarding the chamber, its role is all the more notable as it is the fact of an ordinal body held to a mission of consulting and control of the respect of the deontology.

Parties have applied for a settlement procedure. In this context, the Autorité granted the request for settlement procedure, as the parties did not dispute neither the facts nor the applicable judicial qualification. It has fined GIE Notimo €250,000 and the Chambre interdépartementale des notaires de Franche-Comté €45,000. 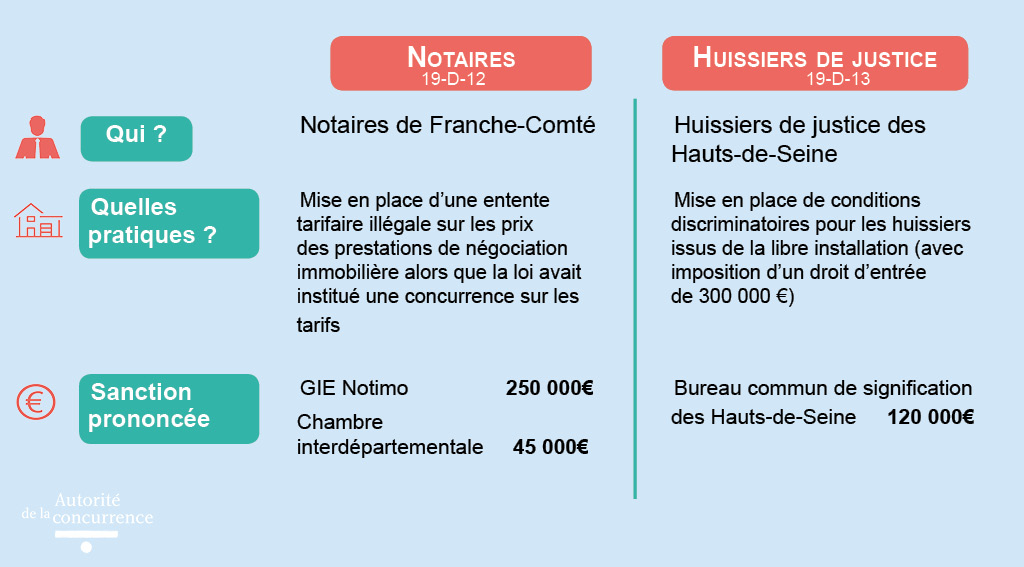