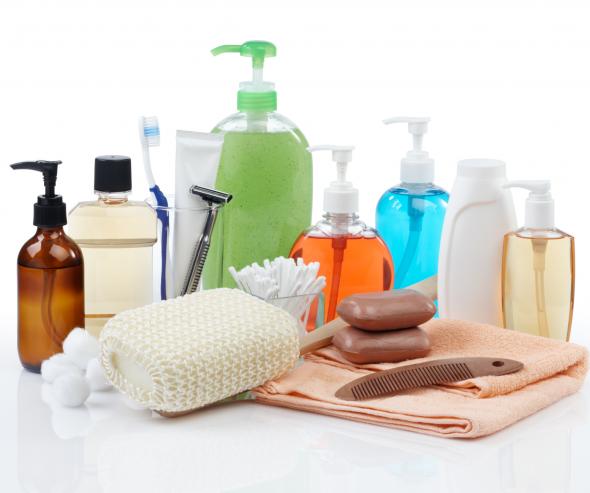 The Autorité de la concurrence issues today a decision whereby it fines home care and personal care manufacturers for having implemented concerted practices. Between 2003 and 2006, on both markets, they coordinated their commercial policy towards supermarkets, and in particular their price increases.

These two fines rank among the most significant fines pronounced by the Autorité de la concurrence, until now.

> See information sheet 1 : the most important fines issued by the Autorité (French version)

A case originated from the leniency programme

The Autorité de la concurrence was informed of the existence of these concerted practices by SC Johnson, Colgate-Palmolive and Henkel which successively applied to benefit from the leniency procedure.

The leniency procedure allows a company which informs the Autorité de la concurrence of anticompetitive practices in which it takes or took part, to benefit from a full or partial immunity from fines, under certain conditions in particular on the basis of the rank of arrival of its leniency application, the ‘added value’ of the information given as well as its full cooperation with the Autorité to establish the existence of the infringement (more about the leniency procedure - in French).

Arrival rank for each of the concerted practices :

Raids during lunchtime at "Le Royal Villiers " restaurant in Paris

Thanks to information disclosed by the first leniency applicants, raids were carried out in France in February and July 2006. They allowed to gather many evidence (minutes of meetings, agendas, memos, notes taken during meetings, booking vouchers, etc.).

The very first raid even occurred during a lunch organised in a Parisian restaurant called “le Royal Villiers”. Some of the players (Colgate-Palmolive , SC Johnson, Henkel, Bolton Solitaire and Sara Lee) were caught in act.

At the time of the practices, commercial relationships between suppliers and distributors were governed by the "Galland" Law, which in fact had led to a real " inflationary spiral " by restricting competition between market players.
To remedy these effects and obtain cheaper prices for consumers, public authorities then sought to modify this framework on three occasions during the period 2003-2005 (Dutreil circular of 16 May 2003, Commitment for a sustainable reduction of consumer prices of 17 June 2004 - Dutreil law of 2 August 2005).
Confronted with this new legal context, the supermarket suppliers for home and personal care products coordinated their commercial policy towards their distributors, to avoid any increase of competition between them.

> See information sheet 3 about the changes in the legal Framework

The concerted practices were particularly sophisticated. They led to convergence in behaviours concerning the main elements of commercial negotiations between all main suppliers for home care and personal care products. To discuss about each sector, they met regularly and secretly to coordinate their commercial policies and discuss their pricing policies.
Undertakings coordinated during meetings that took place in different “clubs” called "Team " or "Friends", where commercial managers or sales managers met. The meetings took place in restaurants, in addition, they exchanged also correspondence at their private homes. These exchanges were supplemented by bilateral or multilateral contacts, including phone calls, which allowed companies to strengthen the exchanges initiated within the clubs.

The collusive practices were intended to bring together the positions held by suppliers during the commercial negotiations with distributors. They allowed suppliers to better adapt their proposals, with the assurance that they would never find themselves disadvantaged and isolated during the business negotiations vis-à-vis the distributors/buyers.
Information was thus shared before the negotiations with the distributors, each supplier disclosing/revealing its strategy concerning price increases and remuneration paid for the commercial cooperation services.

> Example of handwritten notes taken during one of these meetings by a Henkel commercial manager.

Henkel commented as follows:
"(...) The participants shared information on the future overall price increases, as the table shows:

The first column "how much" indicates in percentage the overall price increases;
The second column " when " indicates the effective date for the increase ;
The third "" column smoothing indicates the period during which retailers can still purchase the products at the previous price;
The fourth column indicates the date taken into account to actually calculate price increase index mentioned in the fifth column . (...) "(Paragraph 494 of the decision)

In the personal care sector, these meetings also allowed participants to develop a common bargaining strategy and to prepare together arguments to be developed with distributors to justify the price increases. These practices were accompanied with information sharing on very recent data on negotiation progress, turnovers, terms and conditions. These elements aimed at controlling if members of the collusion didn’t deviate from the discussed strategy.

The concerted practices distorted negotiations with distributors to the benefit of suppliers. They allowed to maintain artificially high selling prices to retailers, which were then passed on prices paid by end consumers.

 > The exceptional nature of the increases passed by suppliers provoked strong reactions from distributors. In an article in the newspaper Le Monde, dated 5 December 2005, Jose Luis Duran, CEO of Carrefour (a major French retailing network), said: " price increases of 4 to 6% " (...) have been proposed to us". In Spain and Italy however, we notice that the increase proposed amount  1% , in Belgium and Greece between 2 and 2.5%. Yet the reasons for prices increases - inflation, oil prices , raw material costs and wages - are not very different from one country to another " (...) " The products that undergo severe increases drive generally high consumer fidelity. I can not get them out of the shelves "(paragraph 560 of the decision).

These practices are serious and harmed the economy

The practices were particularly serious, given not only to their secrete character but also because of their nature : the concerted practices aimed at distorting then main components of commercial negotiations, especially price evolutions.

The Autorité also pointed out that these infringements harmed the economy. They covered the whole and took place in markets which count a very small number of players offering sometimes “unavoidable” products. These practices also had an important impact on consumers.

The level of the fines is linked to the important size of the concerned markets (around 4.7 billion euros for home care products and 7 billion for personal care products). However, sales of laundry detergents already targeted in a previous decision of the Autorité have been deducted from the value of sales used as basis for the calculation of the fine. In 2011, it fined four manufacturers of detergents (Unilever, Procter & Gamble, Henkel and Colgate Palmolive) a total amount of 367.9 million euros for price fixing (see Decision 11-D-17 of 8 December 2011 on practices implemented in the laundry sector in France, fully confirmed by a final Paris court of appeal ruling dated January 30, 2014).

The Autorité also adapted the level of fines to take into account the degree of the undertakings’ individual participation to the practices and also specific elements linked to their behavior and their individual situation. The Autorité considered that Colgate-Palmolive played a leading role in both infringements and that many of the condemned undertakings belonged to groups with prominent sizes, economic power and global resources.

The company SC Johnson has received full immunity (rank 1) under the terms of the leniency programme regarding its participation to the concerted practices concerning home care products.

Henkel also benefited from a 30% exemption (rank 2) under leniency for its participation in the on the personal care market and 25% (rank 3) for its behaviour on the home care market.

Companies belonging to Unilever, Johnson & Johnson, Henkel, Reckitt Benckiser, Colgate-Palmolive, Procter & Gamble and Beiersdorf have not challenged the facts; they have proposed compliance commitments for the future. They benefited therefore from an additional reduction from 16 to 18% in the fine.

This press release translated into English is for information purposes only. Only the Decision in French is deemed authentic.