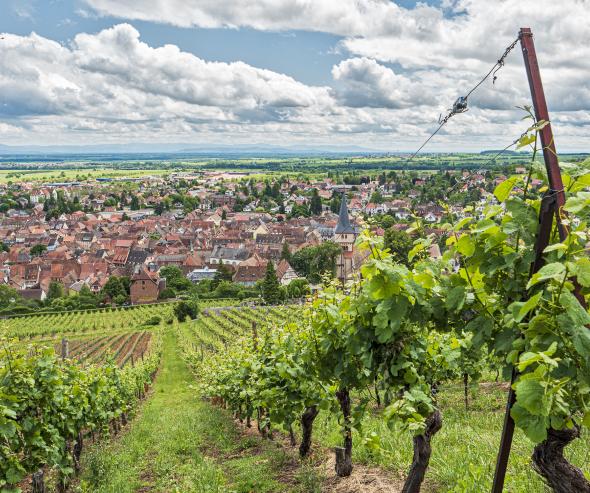 The trade associations for winegrowers and merchants, as well as the interprofessional organisation, agreed to increase grape sale prices

Between 2008 and 2017, AVA, which represents producers, GPNVA, which represents wine merchants and traders, and CIVA, the interprofessional organisation, worked together at the end of each harvest to establish price recommendations for grapes and this, for each Alsatian grape variety (including Riesling and Gewurztraminer). As of 2013, these prices were published in a trade journal.

Through these practices, the organisations involved aimed to raise the price of the raw material, thereby driving up the retail price of Alsace wine.

Since 1980, the interprofessional organisation has published price recommendations on bulk wine

Moreover, the Autorité revealed that between 1980 and 2018, CIVA made price recommendations for bulk wine (unbottled wine) and published them, for its members and for each harvest.

It considered that Civa’s practice restricted free competition on the market. Indeed, CIVA worked out unique prices, by grape variety, applicable to all Alsatian winegrowers, whatever their individual operating costs.

These prices were published each year in December, at the start of the bulk wine marketing period, and thus were akin to price instructions.

By creating and distributing price lists, a trade association or interprofessional organisation encourages members to deviate from their commercial strategy and to stop determining prices independently, thereby distorting negotiations between operators.

Moreover, in the case at hand, although the organisations involved did not make an explicit request for individual exemption from the prohibition of cartels, the Autorité considered that they could not have benefited from an exemption in any case since the economic growth generated by the practices was not proven.

Insofar as organisations do not have turnover, unlike companies, financial penalties have been determined according to procedures specific to the case, in application of paragraph 7 of the procedural notice on sanctions. The Autorité notes in this regard that the organisations involved have their own resources, consisting in particular of contributions collected annually from their members. Thus, for example, the amount of contributions collected by CIVA amounted, for recent years, to several million euros. In this context, it pronounced the following fines:

In 2018, following a report by the DGCCRF, the Autorité de la concurrence imposed a €20,000 penalty on the French Trade Association of Côtes du Rhône Winegrowers (le Syndicat général des vignerons réunis des Côtes du Rhône, SGVRCR) for having created and distributed price recommendations to its members between 2010 and 2017 (see press release of 23 May 2018).