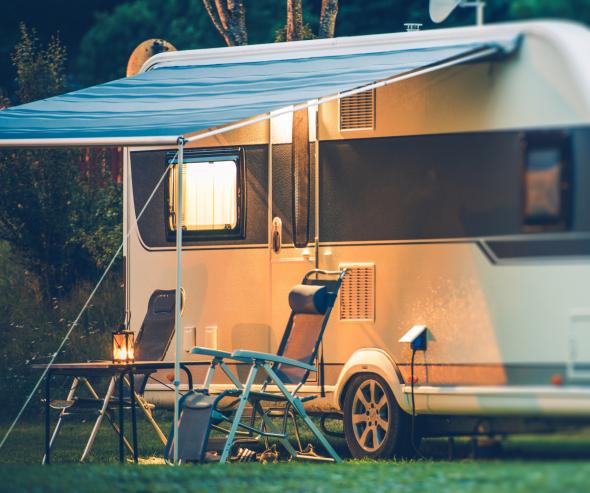 Following the transaction, the Trigano group will become the leading integrated player in the distribution of leisure accommodation vehicles in France.

The Trigano group controls various companies which are primarily active in the manufacture of leisure accommodation vehicles (caravans, camper vans and mobile homes), heavy repairs and the distribution of accessories and spare parts for these vehicles. The companies of the Trigano group are mainly active in Western Europe, in particular in France, the United Kingdom, Germany, Spain, Italy, Belgium, the Netherlands, Norway and Sweden. The Trigano group manages a portfolio of more than thirty brands, including the Chausson and Challenger brands of leisure accommodation vehicles.

The three groups acquired, SLC, CLC and GLA, are all distributors of new and used passenger vehicles. Within their dealerships they sell the leading brands of leisure accommodation vehicle manufacturers, in particular those of Trigano, but also Rapido, Hymer, Pilote, Pössl, Carthago, Hobby and Morelo. They also offer maintenance, after-sales service, sales of spare parts and sales of outdoor and caravanning accessories.

These groups make up the three main dealership networks of leisure accommodation vehicles in France.

Following its analysis, the Autorité was of the opinion that the transaction entailed a risk to competition through horizontal[1] and vertical[2] effects on the market for the distribution of new camper vans in seven catchment areas of the CLC group[3], primarily located in eastern France.

In these areas, the transaction was likely to reduce competitive pressure given the position of the new entity at the end of the transaction, and could lead to price rises or a reduction in the diversity of the offering, to the detriment of consumers.

In particular, in view of the position of the Trigano Group on the market for the manufacture of new camper vans and the market share of CLC on the distribution market in the areas concerned, the Autorité considered the risk of Trigano's competitor manufacturers being locked out of markets to be credible.

To address these competition-related concerns, Trigano has undertaken to sell two outlets operated by CLC in these areas, to one or more competitors. Owing to the interwoven nature of the catchment areas, these commitments will reduce the market shares of the new entity to a reasonable level in the seven areas identified as problematic. This will allow competing manufacturers to maintain or expand their presence in all the areas concerned and compete more effectively with the new entity.

In order to ensure the attractiveness and viability of the two outlets to which the commitments pertain, in line with the comments made by certain respondents to the market test regarding the commitments, the new entity has also undertaken to maintain its supply contracts with the divested outlets for a period of two years. During this transitional period, these parties will therefore be able to continue selling Trigano leisure accommodation vehicles. Such a provision makes it possible to ensure the continuation of the business of the outlets during the transitional period inherent in the transfer of ownership, while the new owner is able to establish new trade relations.

The outlets affected by the divestiture are the following:

1Horizontal effects are examined when the parties to the transaction are actual or potential competitors in one or more relevant markets. The Autorité examines the incentives of merged companies to raise their prices following a merger to form a single economic entity.

2Vertical effects are examined when the transaction brings together players from different levels of the value chain (e.g. a producer acquiring a distributor or vice versa): does the transaction make it more difficult for competitors to enter the markets in which the new entity is active? Can the transaction enable the entity to eliminate competitors or penalise them by increasing their costs?

Divestiture of outlets does not mean closure, but takeover with change of name

The divestiture of the outlets that are the subject of the commitments is intended to safeguard adequate local competitive dynamism.

The aim is to allow a competitor to take over the stores and its activities in order to safeguard competition in the area in question, thereby ensuring that consumers have a diversified offering in terms of prices and products. For the divestitures in question, it must be ensured that the outlets are taken over under proper conditions of viability, in order to be approved by the Autorité.