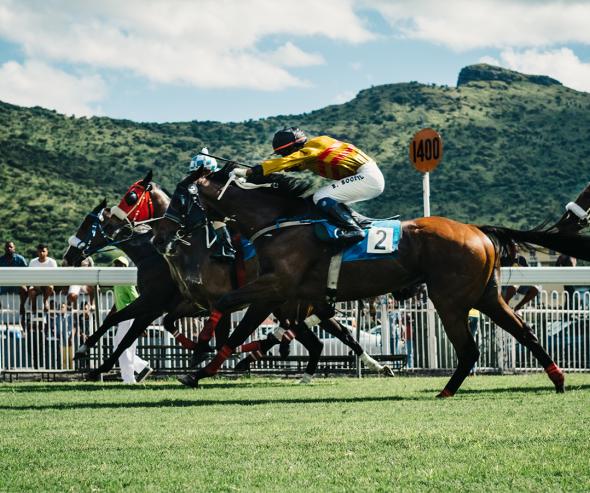 Betclic’s complaint focuses in particular on the fact that the PMU - which has a legal monopoly for the management of betting on horseracing in physical outlets - pools the bets placed in physical outlets with those placed online. According to Betclic, by so doing, the PMU increases significantly the attraction of its website, to the point where this would threaten the existence of its competitors.

Since 1930, the race companies owe a legal monopoly on managing horse races and bets placed on them. They exercise this monopoly via an Economic Interest Grouping, the Pari Mutuel Urbain (PMU). The law of 12 May 2010, which opened to competition the online gambling and betting sector, including online horserace betting, has allowed the PMU to maintain its monopoly on horserace betting in physical outlets.

Since then, the PMU is in competition with eight alternative operators approved by the Autorité de Régulation des Jeux en Ligne (ARJEL, the French gambling regulation authority), including the Betclic, the complainant. The PMU has nevertheless been able to retain an ultra-dominant position in the horserace betting market with an 86.4% market share in 2012.

The functioning of the horserace betting system

In a pari-mutuel system (tote or totalizator arrangement), the odds on the horses and the amount paid out in winnings depend on the total number and value of the bets placed.

Put simply, the odds on a horse are deducted from the proportion of the bets placed on it in the total amount bet on all of the horses at the start of a race. The more bets placed on a horse, the greater the reduction in its odds and vice versa. By betting on a horse, a punter inevitably reduces its odds. The odds fluctuate as long as betting is open and winnings are only calculated on the final odds, once all of the amounts bet on all the horses (just before the race begins) have been placed. The higher the final odds on a horse, the bigger the winnings paid out to the punter, and vice versa.

Furthermore, in this pari-mutuel system, the winnings paid out to the winners depend directly on the total amounts placed on the bet. In fact, all of the bets placed are pooled into a single pot of bets from which the operator’s fees and the tax and social security payments are deducted. The remaining pot is distributed among the winners. Consequently, an operator cannot distribute more winnings to a winning punter than the amount it has recorded in bets.

The PMU currently pools into a single pot all of the bets recorded online plus the bets it has taken in its physical network. This mutualisation of the betting pot enables the Pmu.fr site to virtually increase the pot tenfold for each bet. Bets collected at the PMU’s physical outlets represent 8.4 billion euros while those collected at the web site amount to no more than 972 million euros.

The PMU obtains several advantages from this mutualisation arrangement:

The PMU is able to offer an online bet, known as the “Quinté +”, a bet on five horses for which the potential winnings are very high, up to several hundred thousand euros for horses arriving in the order of the bet; the win is supplemented by a daily “draw” of a minimum of a million euros daily and a monthly “Super Draw” of ten million euros.It is purely due to the fact that it is able to use the resources of its monopoly that the PMU can offer online winnings of this size on Pmu.fr.

With its tenfold betting pot, only a single large bet could affect the odds on a particular horse. The PMU is thus able to guarantee online punters much more stable odds than those resulting solely from its online bets and Pmu.fr is thus able to accept bets in unlimited amounts, unlike its competitors who are forced to fix ceilings on very low bets in order to prevent the odds reducing considerably.

In the pari-mutuel system, the introduction of a new bet or adding a new race on which bets can be placed will considerably cannibalise stakes placed on existing bets. Consequently, only an operator having a large pot of bets is able to increase its range of bets without reducing the quality of the existing ones. Thanks to the practice of mutualisation of all bets placed, Pmu.fr can handle transfers of stakes resulting from new bets and/or new races without its pot of existing bets being seriously affected, thus preserving the stability of the odds and, consequently, the punters’ winnings.

At this stage of the investigation, it seems to appear that the advantages that Pmu.fr obtains from this practice of mutualising the pot of bets in the tote system is not competition through merit but through taking advantage, in a market open to competition, of the resources of a legal monopoly.

In response to the competition concerns expressed by the Investigation services of the Autorité de la concurrence, the PMU offered, over a period of 24 months and for each of the bets in question offered on Pmu.fr, to separate its betting pots recorded online from those recorded in outlets.  Consequently, at the end of this period, the betting pot from horserace betting offered by Pmu.fr will consist solely of online stakes recorded at the site in the same way as its competitors.

In order to check the effectiveness of the proposal, the Autorité de la concurrence has submitted it to consultation (market test). Those involved in the industry are invited to submit their observations before 2 December 5 pm.

Subsequent action in the proceedings

Once the market test has been completed, the Board of the Autoritéwill hold a session to hear the parties and examine observations formulated by interested third parties. As appropriate, it could ask for the commitments to be changed or supplemented then, after making them compulsory, close the proceedings.  Should the commitments remain unsatisfactory even after amendments, the Autorité will resume application of the standard litigation procedure.