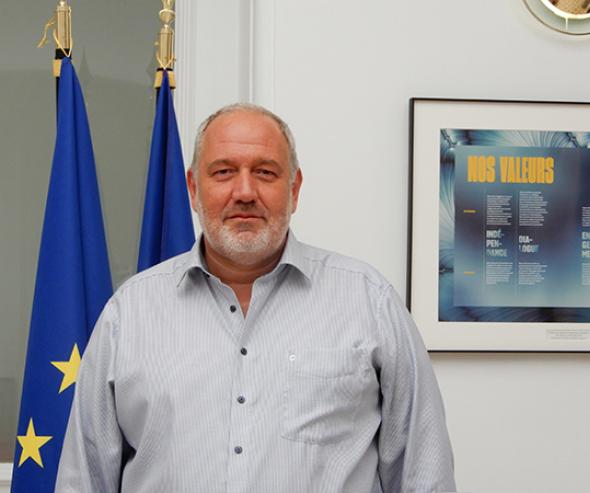 Ivan Luben, a Magistrate of the administrative court system, is appointed ethics advisor of the Autorité de la concurrence by decision of the President Isabelle de Silva. He succeeds Mr. Bonthoux, who has completed his term of office.

A graduate of the Institut d'Etudes Politiques de Paris (1988) and a former student of the ENA, academic year 'Saint-Exupéry' (1994), Ivan Luben joined the administrative court system and started his career as a magistrate at the administrative court of Versailles, as a rapporteur. He was appointed legal director of the French Telecommunications Regulatory Authority (ART, now ARCEP) in 1999, and joined the Paris Administrative Court of Appeal in 2001 (first counsellor, rapporteur), then, as president assessor, the courts of Nancy (2010 to 2012), Versailles (2012 to 2014), and again Paris in 2014. Since 1 May 2021, Ivan Luben has been President of the 3rd Chamber of the Paris Administrative Court of Appeal.

The role of ethics advisor

The law of 20 April 2016 regarding ethics and civil servants’ rights implement an ethics advisor position in every administration.

The ethics advisor provides to public servants, with due confidentiality and independence, guidance on compliance with obligations and ethical principles regarding:

- prevention or cessation of situations of conflicts of interest;
- declaration of interest and asset disclosure when the position occupied requires it;
- observance of the rules arising from the texts and jurisprudence (duty of neutrality, impartiality, confidentiality, discretion…);
- compliance with the rule on responsibilities and activities cumulation;
- referral and compliance with the opinions of the ethics commission.