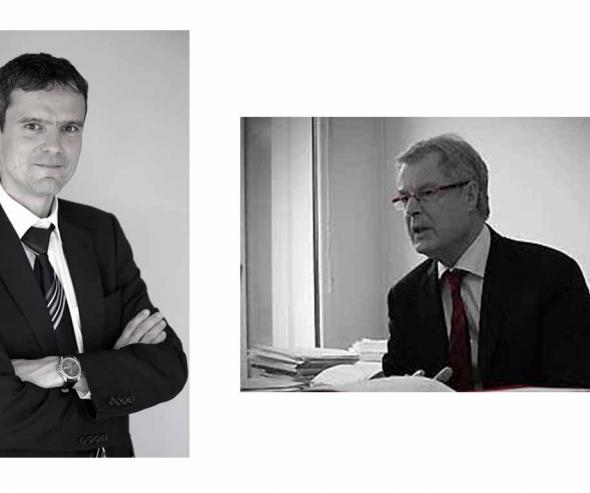 Jean-Louis GALLET and Frédéric MARTY are appointed Board members of the Autorité de la concurrence as qualified professionals working on specific missions relating to the freedom of establishment for lawyers at the French Administrative Supreme Court and Supreme Court.

Since 7 October 2019, they had similar responsibilities for notaries, bailiffs and judicial auctioneers.

By presidential decree of 4 september 2020, Jean-Louis GALLET, Senior Judge at the Cour de cassation (French Supreme Court), and Frédéric MARTY, researcher at the French National Centre for Scientific Research (CNRS), have been appointed as members of the Autorité de la concurrence as qualified professionals when it is required to issue an opinion to the French Ministry of Justice on the freedom of establishment of lawyers at the French Administrative Supreme Court and Supreme Court.

Duties of these new members

Pursuant to the law, when the Autorité deliberates on issues regarding establishment of lawyers at the Administrative Supreme Court and Supreme Court, “its Board shall include two qualified professionals appointed by decree for a non-renewable three-year term” (last line of Article L. 462-4-2 of the French Commercial Code).

The term of the first members of the Board appointed in this capacity by the presidential decree of 1 June 2016, Sophie HARNAY and Patricia PHÉNÉ, came to an end on 31 May 2019. The Autorité warmly thanks them for their contribution to this specific mission, their commitment and their involvement in issuing opinions as provided for under French Law of 6 August 2015 (Macron law).
The Board’s next deliberations in accordance with Article L. 462-4-2 of the French Commercial Code will focus on the freedom of establishment for lawyers at the Administrative Supreme Court and Supreme Court and will bring to a close the procedure which the Autorité began in the spring (see press release of 9 March 2020).

Jean-Louis Gallet and Frédéric Marty already exercised similar responsibilities within the Board of the Autorité, for other regulated legal professions. By decree of 7 October 2019 (see the press release of 10 October 2019), they were in fact appointed for specific missions relating to the freedom of establishment of notaries, bailiffs and judicial auctioneers (article L. 462 -4-1 of the Commercial Code).

After graduating from École nationale de la magistrature (French National School for the Judiciary) in 1970 and obtaining a diploma of advanced studies (DEA) in private law, Jean-Louis Gallet started his career as a magistrate at the Court of First Instance of Marseille and then Strasbourg, where he worked first as an assistant (1973-1979) and then first substitute (1979-1983) to the Public Prosecutor. After this, he joined the Court of Appeal of Colmar as substitute to the Prosecutor General (1983), then judge (1985) before being appointed judicial inspector at the French Ministry of Justice in 1988. After working as President of the Commercial Chamber at the Court of Appeal of Versailles (1995) and then at the Court of First Instance of Créteil (2000), he was appointed Director for Civil Affairs and the Seal (2001-2002) and then Judge at the Cour de cassation (2003-2013), where he became Senior Judge in 2014. Mr Gallet was also a member (2005-2013) and then Vice-President (2011-2013) of the Tribunal des conflits (Jurisdiction Court) and was appointed Senior Judge in extraordinary service (2014-2018) where he reported to the interior section various draft decrees relating to the professions in question.

He is a board member of the Autorité de la concurrence since 7 October 2019.
Jean-Louis Gallet is an Officer of the French Legion of Honor (2014) and National Order of Merit (2011).

After graduating from the École Normale Supérieure de Cachan (1994-1998), becoming an Associate Professor in Economy and Management (1997) and obtaining a PhD in Economic Science (2002), Frédéric Marty became a researcher at the French National Centre for Scientific Research (CNRS). He currently works in the Law, Economy and Management Research Group (GREDEG) at the University of Côte d’Azur, and is also an associate researcher at the Observatoire Français des Conjonctures Économiques (OFCE - French Economic Observatory) in the Innovation and Competition Research Department. Since 2018, he has been a researcher at the Centre Interuniversitaire de Recherche en Analyse des Organisations (CIRANO) in Montreal.

Mr Marty is specialised in competition, law and economics, with a focus on the reform of regulated professions under the Law of 6 August 2015 (Macron law).

of the Autorité de la concurrence
Learn more about the board