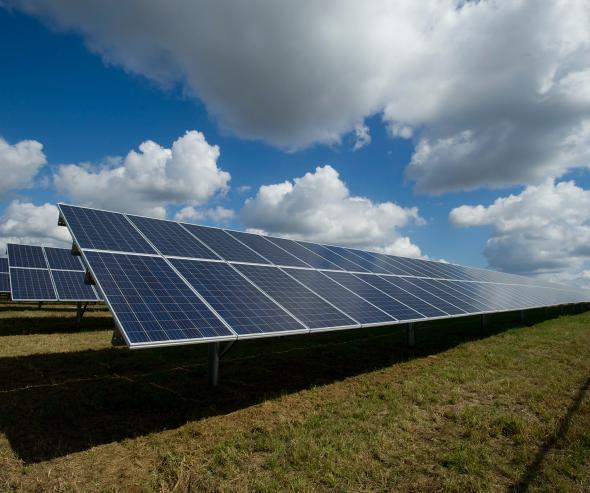 Following a complaint by the Solaire Direct company regarding practices implemented by EDF, the Autorité de la concurrence today handed down a decision imposing a fine of 13.543 million euros on EDF for having abused its dominant position (1) by implementing anticompetitive practices in the emerging market for photovoltaic solar power offered to individual consumers.

These offers involved the installation of solar panels on the roofs of private homes for the purpose of selling the energy produced to EDF, which is required by law to purchase electricity produced from solar photovoltaic cells.

As a reminder, before today’s decision on the merits of the case, a decision imposing interim remedies  (2) was handed down on 8 April 2009. In today’s decision, the Autorité de la concurrence established that EDF had favoured its subsidiary EDF ENR by making various resources available to it that could not be replicated by competitors:

EDF thus created confusion in the minds of consumers between its public service activity of electricity supply and the operations of its photovoltaic solar power subsidiary.

To promote the services of its subsidiary, EDF maintained confusion in the mind of consumers between its public service activity of supplying electricity and its photovoltaic power services

The confusion was maintained between November 2007 and April 2009, through a marketing system based on the means of communication from the parent company and the use of the brand image of EDF electricity supplier.

‘Bleu Ciel d’EDF’ brand is the trademark under which the EDF Group sells its services to individual consumers, especially the regulated offer of electricity supply. During this period, EDF used this trademark that is clearly identified with the electricity supply by the former monopoly by mobilising the entire range of its communication tools, directing individuals liable to be interested in photovoltaic electricity to the Conseil Energie Solaire [Solar Energy Advice Service], in a systematic process whose stages can be summarised as follows:

As the Autorité has already stated on several occasions (3), if the use of the brand name and reputation of the incumbent operator does not constitute an abuse in itself, this usage may become anticompetitive when it leads to creating confusion between a public service activity (the supply of electricity at regulated tariffs) and a competitive activity (the sale of photovoltaic cells).

The brand name of the incumbent operator: a competitive advantage that competitors cannot replicate

EDF thus allowed its subsidiary EDF ENR to use the brand image and reputation of the incumbent operator, EDF, as well as its material and human resources, to market its solar power products. By thus creating confusion in the minds of consumers with respect to the role of the various entities within the EDF group in the solar power sector and by taking unique advantage of the reputation of its brand, EDF allowed its EDF ENR subsidiary to benefit from a competitive advantage that was non-replicable and was not based on its own merits.

The details of the case file show that at the time these practices were in operation, the EDF brand played a decisive role in consumer choice as to which would be chosen to provide solar power services. Furthermore, the competitive advantage was increased through the financial conditions of these resources.

In implementing the interim injunctions imposed by the Conseil de la concurrence in April 2009, EDF ended the promotion and marketing of offers from EDF ENR through the Bleu Ciel d’EDF brand and the Conseil Energie Solaire supported by the telephone number 3929. The solar power offers from EDF ENR then ceased to be marketed mainly under the Bleu Ciel d’EDF brand and were transferred to the EDF ENR brand, with this trademark and logo bearing significant similarities to those of the incumbent operator EDF.

Use of the EDF ENR brand and logo after April 2009 also gave the subsidiary a non-replicable advantage that was of such a nature as to restrict competition, in view of the characteristics of the market and especially the customers’ needs. Customers were legitimately worried by the large investment necessary and risks of poor workmanship, so they were ‘reassured’ by the EDF brand, which they trusted as the incumbent supplier of electricity. The impact was all the greater since this is an irreversible investment (photovoltaic panels have a lifespan of about 20 years), which ‘blocks’ the market for future competitors. This advantage was amplified by the financial conditions granted by EDF to its subsidiary for using the brand.

Use of the trademark no longer constituted an advantage after mid-2010, when the market switched in favour of local companies.

Between November 2007 and April 2009, EDF used its electricity supplier customer database to favour the marketing of the service offers of its subsidiary EDF ENR. This customer database was used to circulate the Lettre Bleu Ciel, a brochure enclosed with EDF bills, and on the bills themselves, both these media referring to the telephone platform 39 29 and the Conseil Energie Solaire.

As the Autorité has recalled in previous opinions (4), ‘the use, by a company that has currently or that has in the past had a legal monopoly in the market, of information held in connection with this market, to develop its operations in a second market, one that is open to competition, for example by promoting this activity to customers resulting from the legal monopoly, constitutes in principle an anticompetitive practice’.

The use of inside information held exclusively by EDF under its former monopoly (more than 20 million names and addresses, with the data being regularly updated by clients) constituted a significant advantage for EDF ENR which enabled it to promote its offers to a large number of prospects, under conditions that could not be replicated by competitors.

These competitors, consisting of SMEs whose brands were unknown, were adversely affected in the long term by all of these practices which, from the outset, disrupted any real possibility of competition. The companies that were present in the marketplace were thus so weakened that almost all of them eventually disappeared, when the uncertainties over the price of the resale of solar power caused a slowdown in demand and an explosion in the cost of acquiring customers.

(1) dominant position in the market for supplying electricity to residential customers, of which its market share is between 90% and 95%
(2) Decision no. 09-MC-01 of emergency remedies dated 8 April 2009 regarding a complaint on the merits and a request for emergency remedies filed by the Solaire Direct company
(3) See in particular opinion no. 94-A-15 of the Conseil de la concurrence of 10 May 1994 concerning the diversification of the activities of EDF and GDF and decision no. 10-D-14 of the Autorité handed down on 16 April 2010 concerning practices implemented in using biogas to produce electricity.
(4) Especially Opinion no. 11-A-02 of 20 January 2011 concerning the online gambling and games of chance market.