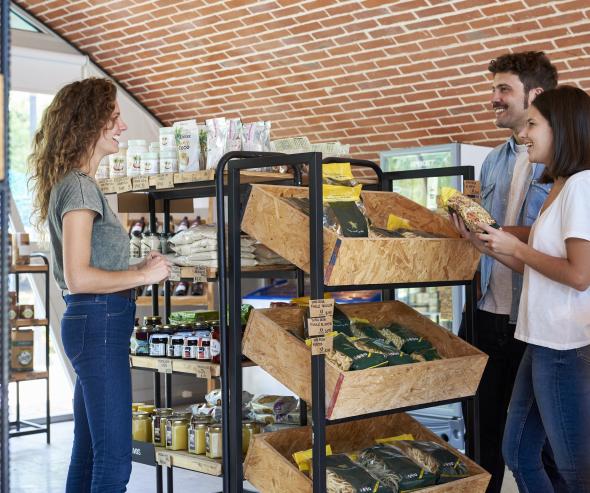 After reviewing the transaction to acquire 15 organic stores from the Salej group by Naturalia, a subsidiary of the Casino group, the Autorité cleared the transaction unconditionally, considering that it was not likely to harm competition.

Naturalia, a subsidiary of the Casino group, notified the Autorité de la concurrence of its plan to acquire 15 stores operated by the subsidiaries of the company Salej under the brands "La Nature & vous", "Bio & Sens", "On a la vie", "Au Sens Bio" and "L'Ethique Verte". The transaction follows a receivership procedure which had been opened by the Montpellier Commercial Court for the benefit of the Salej group and its subsidiaries. On 25 February 2021, the Autorité granted, on an exceptional basis, a derogation (see box) allowing Naturalia to proceed with the completion of the takeover transaction, without waiting for the final clearance decision, which has just been issued by the Autorité.

The acquired assets consist of 15 stores operated by subsidiaries of the Salej group, active in the distribution of predominantly organic food. They are located in the Grand Est, Auvergne-Rhône-Alpes, Provence-Alpes-Côte d'Azur and Occitanie regions.

After careful examination, the Autorité was able to rule out any risk of harm to competition on the markets for the supply and distribution of products from organic farming.

The Autorité, called upon to issue a decision for the second time1 on a transaction in the organic food sector, examined in particular whether the planned transaction was likely to restrict competition on the local retail distribution markets dominated by organic food, in catchment areas where the parties' stores are simultaneously present.

The Autorité found that, in each of these areas, the parties would still face competition from many national brands. Consequently, given the existence of this competitive pressure, the Autorité considered that the new entity will not be encouraged to increase the price of the items sold in its stores or to downgrade their quality.

The Autorité therefore cleared this transaction without subjecting it to conditions.