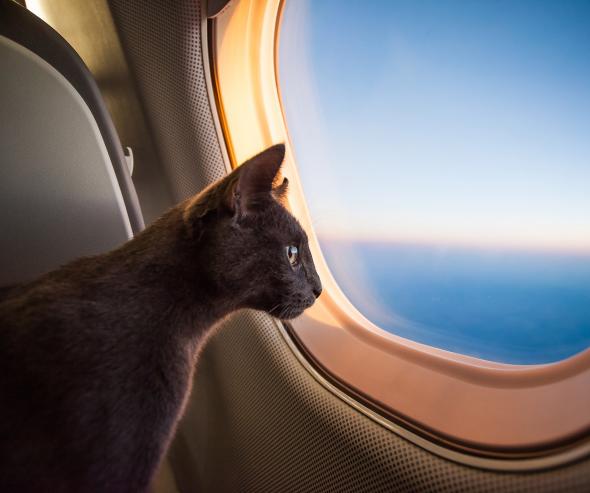 Following a report transmitted by the French Directorate General for Competition Policy, Consumer Affairs and Fraud Control (DGCCRF) and an investigation conducted with the assistance of the Polynesian Competition Authority in the air cargo transport of pets sector, the Autorité fined the company Goldenway International Pets (GIP) the amount of 65,000 euros for abuse of a dominant position.

By linking the quarantine service, in which it has a de facto monopoly, with two other services related to road transport and the organisation of air freight transport, GIP has created a leverage effect and prevented competition to the detriment of competitors and consumers. 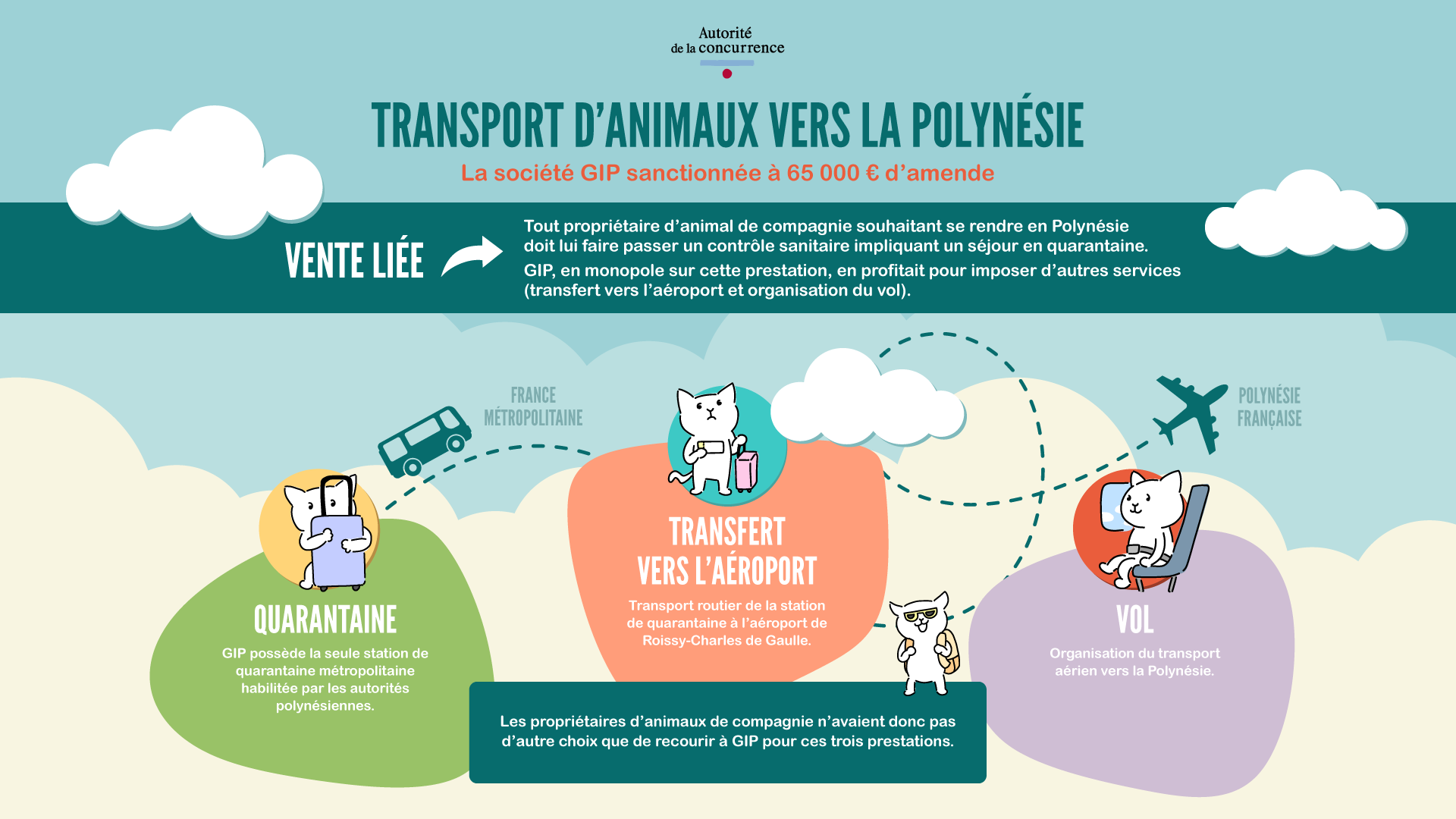 The freight of pets from Mainland France to Polynesia

People wishing to go to French Polynesia for a long period (expatriation, professional mobility, permanent move, etc.) with their pets, must first have the state of health of their animal checked by an official veterinarian. This check is carried out during the animal's quarantine. As French Polynesia does not have an infrastructure that could allow this check, the animal must stay in the only mainland quarantine station authorised by the Polynesian authorities, i.e. the one built and operated by GIP in Le Grais in Orne[1].

Any person wishing to send their pet to French Polynesia from Mainland France is thus de facto obliged to have it undergo quarantine in the GIP station. But GIP links to this obligation the road transport service from the quarantine station to Roissy-Charles de Gaulle airport, and the organisation of the flight. Pet owners therefore have no choice but to use GIP for these three services. GIP has always refused to separate these different services, despite repeated requests from consumers and competing companies (freight forwarders).

Practices not contested by GIP

The link that GIP imposes between these three services creates a leverage effect that allows it to experience no competition either in the transport of animals from Le Grais to Roissy-Charles de Gaulle airport or in the organisation of air freight transport to French Polynesia. This practice of exclusionary conduct by a dominant company is serious.

GIP, which did not contest the facts, requested the benefit of a settlement procedure.

The settlement procedure allows a company that does not contest the charges brought against it to obtain a financial penalty within a range negotiated with the General Rapporteur, setting a maximum and minimum amount.

In addition, GIP has proposed a commitment to publish and distribute a summary of the Autorité's decision, at the company's expense, in order to inform and draw the attention of customers, the air carriers and freight forwarders concerned, as well as the Polynesian authorities, to the illegality of the tied selling practised to date. GIP has also committed to publish on its website information on the Polynesian regulations, which now allow consumers an alternative solution to placing their dogs and cats in a quarantine station, namely a health check by an authorised veterinarian at the airport at the time of their shipment to French Polynesia, leading to the issuing of a health certificate.

In view of this information, the Autorité issued a fine of 65,000 euros on GIP and made the commitments it entered into as part of the settlement binding.

[1] While alternatives to quarantine exist in Mainland France, such as quarantine in a country in which the animal is in transit (New Caledonia, New Zealand, Australia, Hawaii), they are not used, or are used very rarely, due to the administrative complexity, higher costs and risks to animal welfare.

regarding practices implemented in the air freight transport of live animals sector.
See full text of the decision